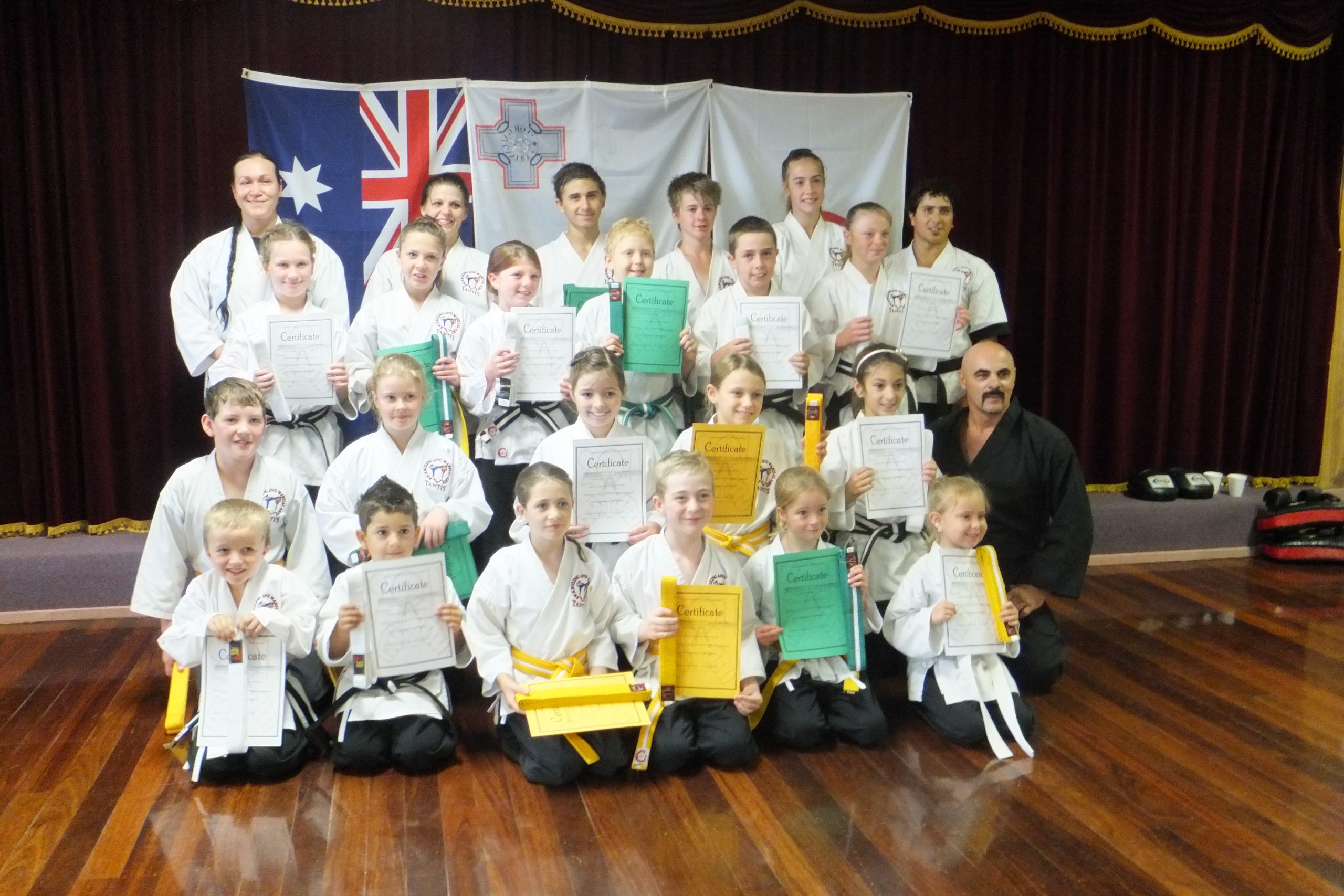 Through the school Tanti has helped provide children, aged from five to 13 years, with self defence skills through martial arts.

At the school’s first grading for the year, Tanti’s students demonstrated their physical fitness in a 40-minute session before moving on to an individual display of their pattern work, punches, kicks and blocks, a process Tanti said usually lasted four-and-a-half hours.

“They train for about three to six months before proving their skills to their Sensei at the grading,” he said.

“I was absolutely happy with their performance; all 20 passed their grading.”

He said only when the students displayed their competency in all skills learnt were they allowed to pass the grading.

In a first for the club, Tanti will enter students into the All Styles National Tournament to be held in Melbourne on Saturday, 13 April.

“It gives kids the chance to put what they have learnt at my school to the test against other students,” he said.

For more information about Tanti’s Martial Arts or to join, phone Sensei Vince Tanti on