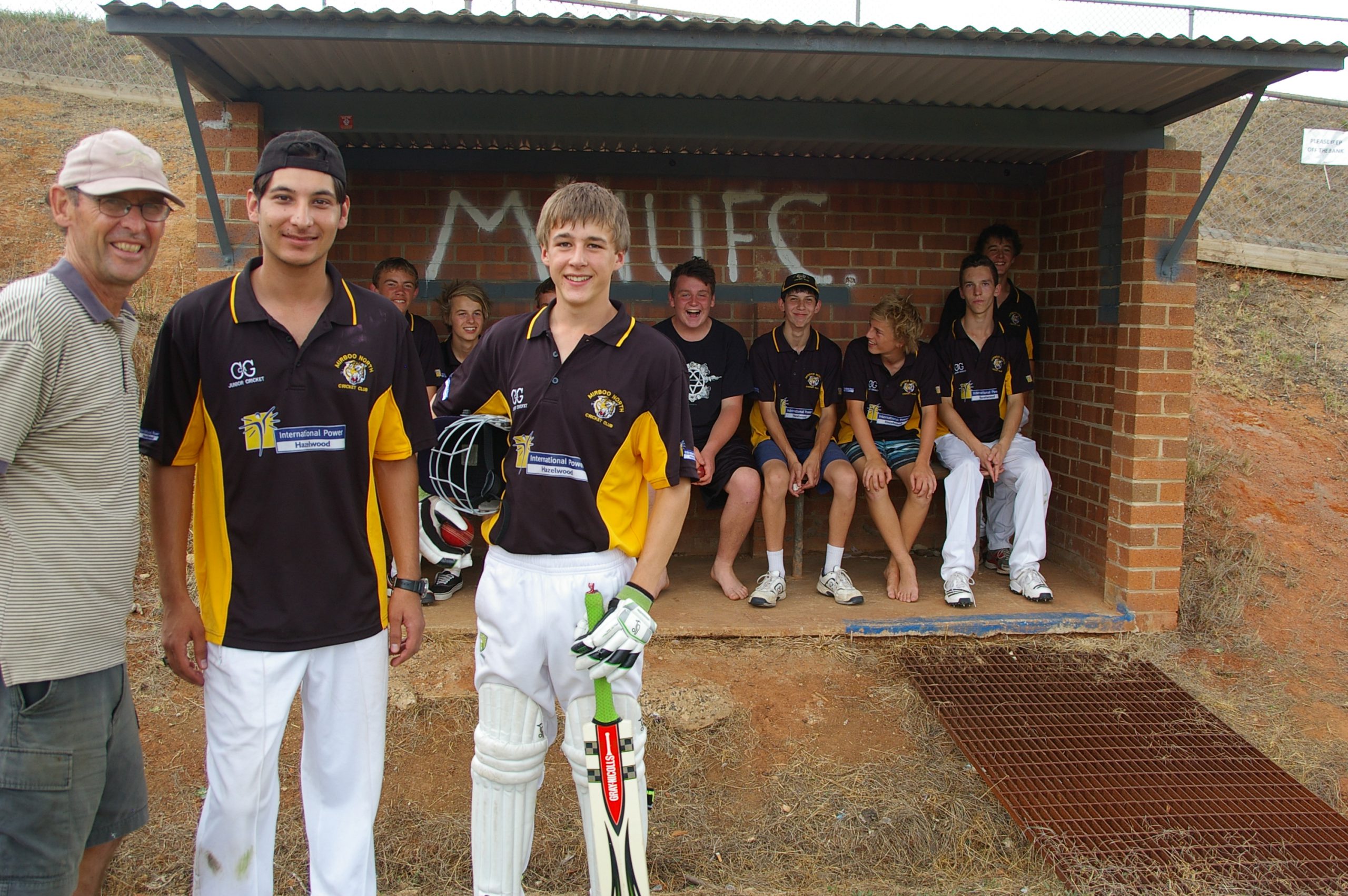 IN a grand final that had rain, thunder and lightning, Hazelwood North claimed a heart stopping win over Mirboo North to lift the under 16 GDF SUEZ Hazelwood Cup.

Batting first, the Razorbacks lost Jacob Hibbert without scoring thanks to a peach from Aaron White.

Aaron struck a bigger blow soon after when he had the inform Brendan Mason trapped in front playing back for 16.

Jesse Buxton was the most successful bowler, taking 4/22, with the wickets shared between five other bowlers.

Brendan claimed three of those scalps and Ellis Hayes-Hills the other.

Thomas Taylor steadied the batting and made a near match-winning 45 before Tristan Turpin had him LBW.

MOE won the GDF SUEZ under 14 Hazelwood Cup with a comfortable victory over Trafalgar Reds.

Batting first, Moe was always in control and scored 90 in its first session of 20 overs.

Jai Massese (21 retired) and Ryan Sim (17) got the team away to a good start with an opening stand of 33 before Ryan was caught at square leg by Morgan Dalgleish off the bowling of Brett Cameron.

The umpires’ man of the match was Jai who was awarded the John White medal.