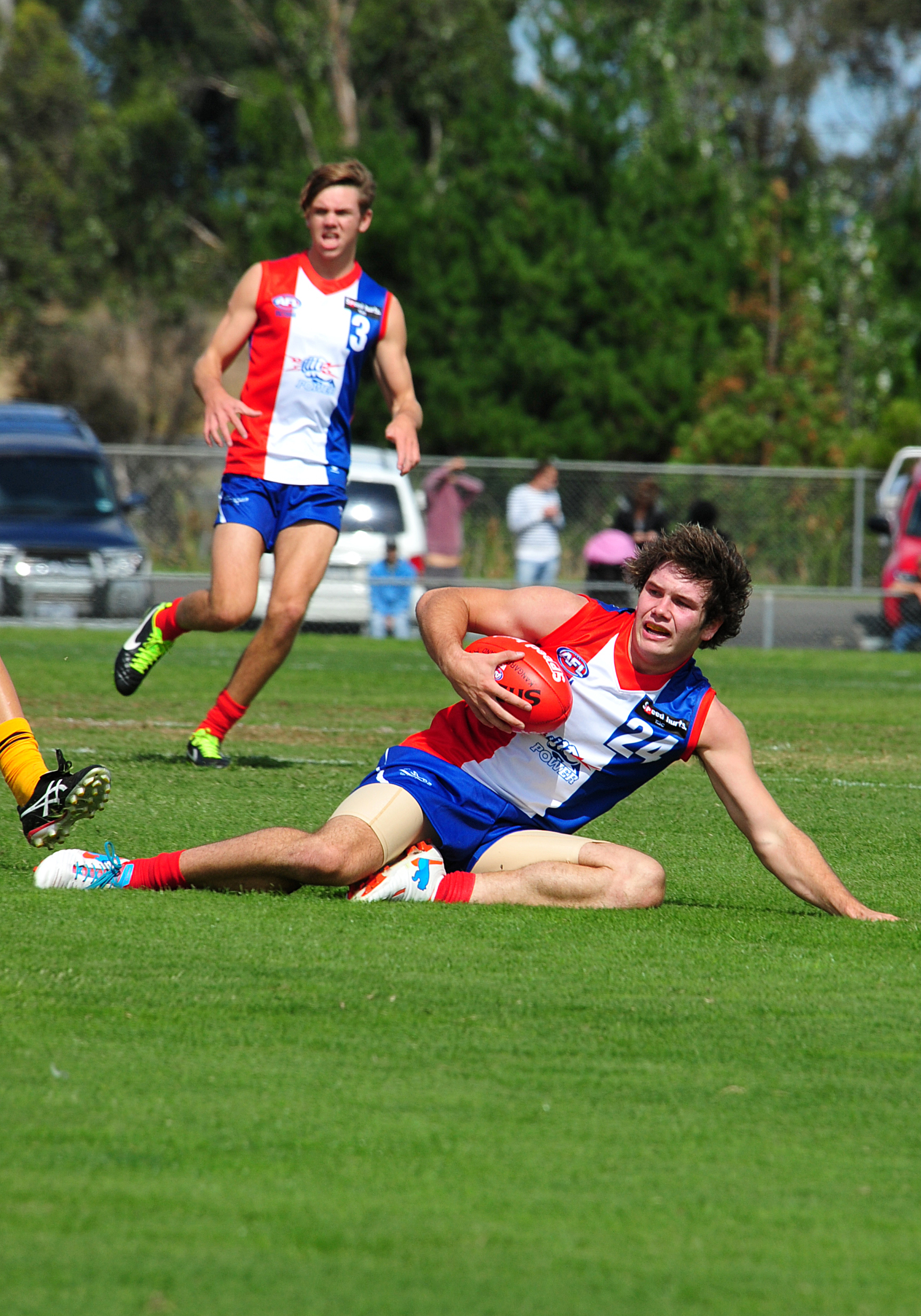 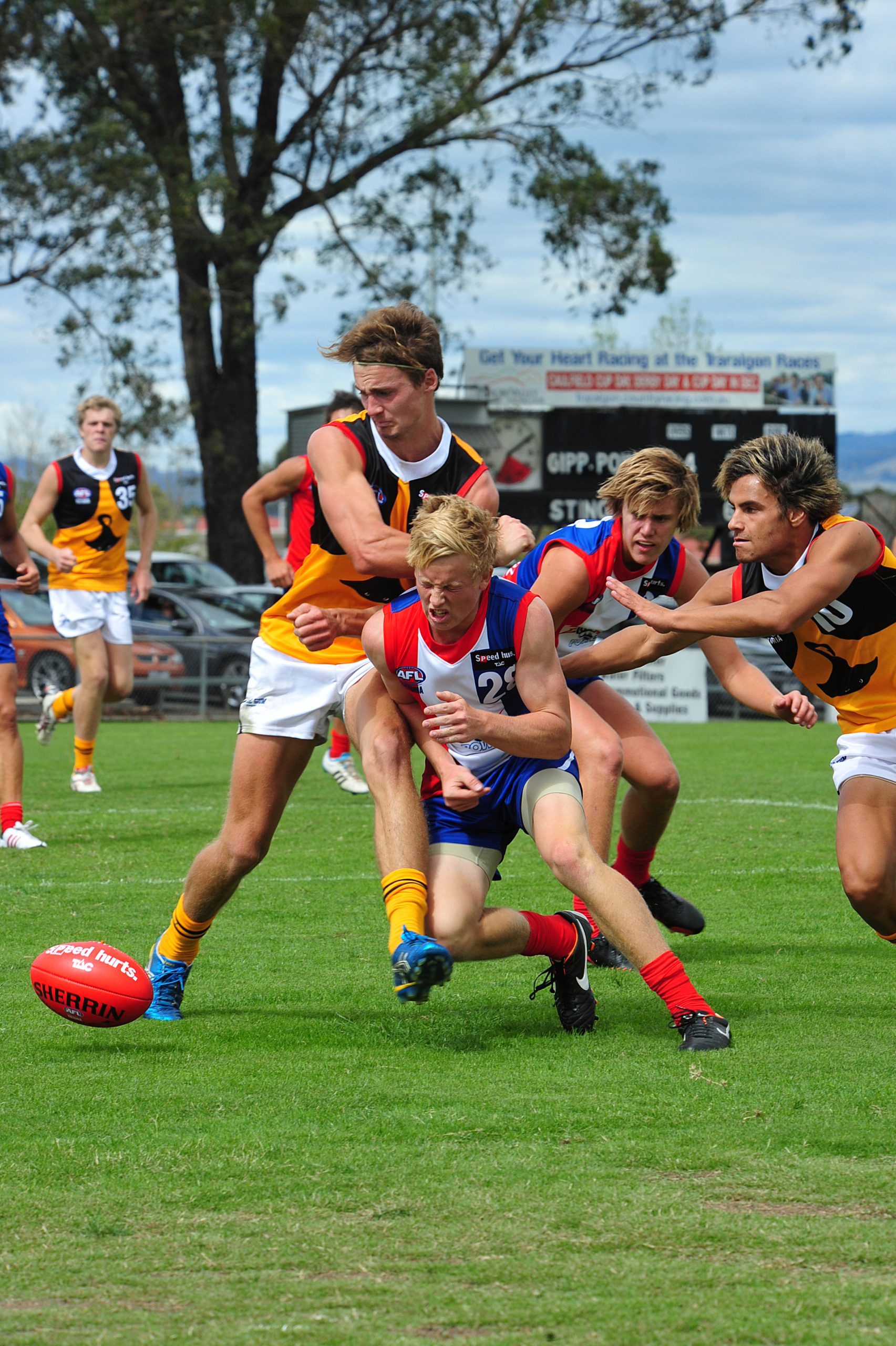 LOY Yang B Gippsland Power’s nine debutants rose to the challenge of TAC Cup football on Saturday to help the home team to a 85-62 win over Dandenong Stingrays at Morwell.

The fittest team in the competition had to dig deep to thwart a final quarter challenge from the Stingrays in an impressive first up display from a young Gippsland outfit.

“I thought on the day they did a really good job especially when they were challenged to come back and do so well,” Francis said.

“We were really pleased with them first up; a lot of nervous energy would have gone out the window before the game.

“I think it’s a fairly good indication that we’re going to be pretty competitive; we’d hope we’d be right up there in that top five or six.”

In front of a huge crowd, Power took the early initiative when Alex Saunders cleverly found Nathan Dennison for the first major.

Another long and direct forward entry resulted in Jake Thomas combining with Josh Scott to give the Power its second goal.

The tempo switched as the Stingrays began to feed their front runners with ease, but the visitors squandered several chances in front of goal.

After a low scoring 10 minute period, Dandenong broke the drought.

The sides then traded goals and went to the first break with the Power clinging to a three-point lead.

Coach Nick Stevens’ quarter-time pep talk had immediate effect as Alex Carr and Scott combined to hand Lukas Webb a goal, before Tom Muir and Carr linked up to give Nate Paredes another.

A ball up on the Power forward line saw Lachie Channing set up Webb for his second for the term.

The Power was dominating across the park and had strangled the Stingrays’ forward 50 entries.

Moe’s Declan Keilty capitalised on the Power’s pressure, marking well to kick his first TAC Cup goal, and Scott added another soon after.

By the long break the Power was out in front by 32.

They had doubled their tackles for the quarter and, more importantly, had restricted the Stingrays to just eight forward 50 entries.

After a tough first half the Stingrays seized the initiative in the opening minutes of the term, but the Power took the long road through Keilty to allow Thomas to mark and goal.

Dandenong turned the tide, kicking three unanswered majors to reduce the Power’s lead to 16 by the last change.

When the Stingrays kicked the opening goal of the final term the game was back on.

Some clever ruckwork by Thomas allowed Paredes to kick a crucial Power goal and Keilty followed up with a snapped six pointer.

The Stingrays fought to the death but Power put the issue beyond doubt late in the piece, Webb sealing the deal with his third of the day.

Traralgon’s Christian Buykx-Smith was immense in defense, showing his preseason form was no fluke and the exciting Bohdi Walker showed plenty of imagination.

“Probably the best player was Christian at fullback, he was outstanding,” Francis said.

Key forward Scott was another to set a fine example with his ability to provide an effective avenue to attack and applied consistent pressure on opponents with his tenacious tackling.

Ruckman Thomas played his best game for the side and was impressive in the aerial duels, physical contests and with his speed across the turf.

Captain Josh Cashman led by example with his typically hard-nosed defense and willingness to run and set up attacking play.

He won the ball easily under pressure and made excellent decisions with his disposals.

Power will face Oakleigh this weekend at home in a rematch of last year’s grand final, labelled by many the best in TAC Cup history.