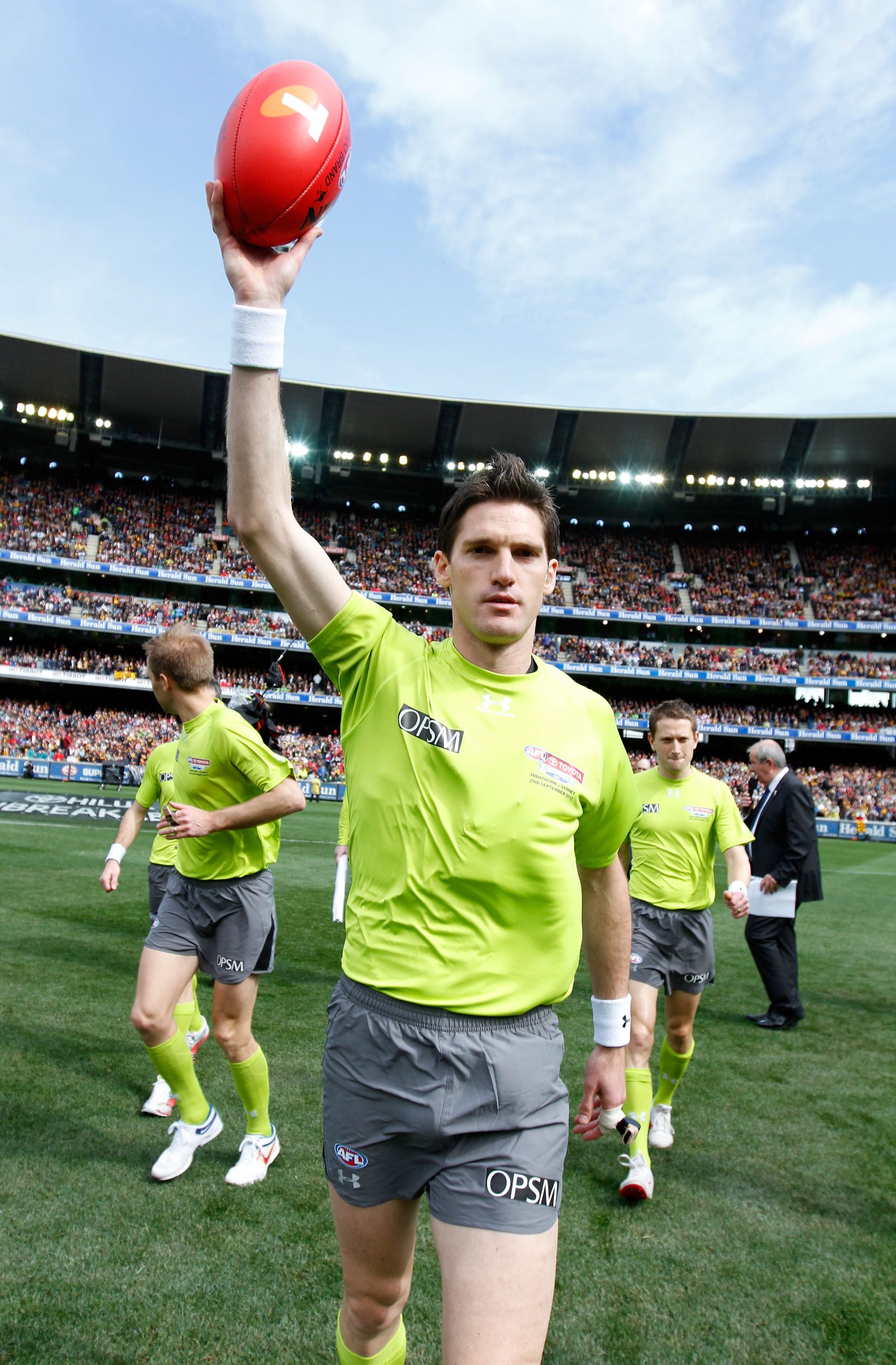 AS a child playing football in Leongatha, Matt Stevic would have dreamt of running onto the hallowed Melbourne Cricket Ground turf on Australian Football League grand final day.

After years of dedication, training and hard work, that dream came true for the 33 year-old last September.

Stevic took the field on the biggest day on the football calendar with the hardest task of all, officiating the decider between Hawthorn and Sydney.

While the burden was substantial, Stevic had the time of his life.

“It was a huge privilege (and) it was something I had worked 20 years for to reach the top,” Stevic said.

“It’s one of the biggest sporting days of the year and to play a small part in that was just an amazing buzz.”

The Gippslander started running the boundary line as a 12 year-old to earn a bit of money and work on his fitness, and moved into field umpiring the following year.

“I found field umpiring much more fun and interesting and you’re more involved in the game,” Stevic said.

“When I was 14 or 15, I enjoyed it… my coach said to me back then I should continue to umpire and he thought at that young age if I stuck at it I could umpire AFL footy, and that always stuck with me.”

After rising through the refereeing ranks in Gippsland to Victorian Football League level, Stevic was eventually selected for one of 32 AFL contracts in 2004.

Now with more than 200 games under his belt, Stevic said umpiring had been a rewarding adventure to date.

“The career for me has been wonderful, it has created so many opportunities for me; not only the experience and the buzz of officiating a grand final or Anzac Day game in front of 95,000 people, but the skills you develop that you can use in your outside job,” he said.

“Be it communicating with people, making decisions under pressure, being resilient and having to overcome challenges… and financially it’s a career option or a second job.”

Stevic said the enjoyment of being involved at the elite level was immense, and had provided a lifetime of memorable moments.

His 100th game in 2009 was one such instance, a famous Anzac clash when Essendon kicked three goals in as many minutes to steal a thrilling victory.

“That was a sensational game and just an amazing day in terms of Australia and its history… being on Anzac Day was a special and memorable occasion,” Stevic said.

Currently one of the top umpires on the national circuit, Stevic said officiating offered a real pathway for people with a passion for the game to make it to the top.

“We love footy and that’s why we’re involved as umpires… we love the game,” he said.

“Young guys, girls, ex-footballers, anyone who wants to play a part in the game, umpiring is a way to do that.

“I’d encourage anyone to give it a go, you get some great enjoyment out of it whether it’s junior local footy or at the AFL level.”

The AFL’s umpire appreciation round will be held this weekend as a reminder of the importance of the game’s officials.

“It’s raising awareness and promoting not just umpiring but giving everyone involved in footy some more knowledge about the role that we play and also the opportunities for people to get involved,” Stevic said.

“Not everyone who gets into umpiring necessarily wants to make it to the top, but for those young boys and girls, and there are a lot of girls involved… there is a pathway and a career that people can follow and be involved at the elite level.”