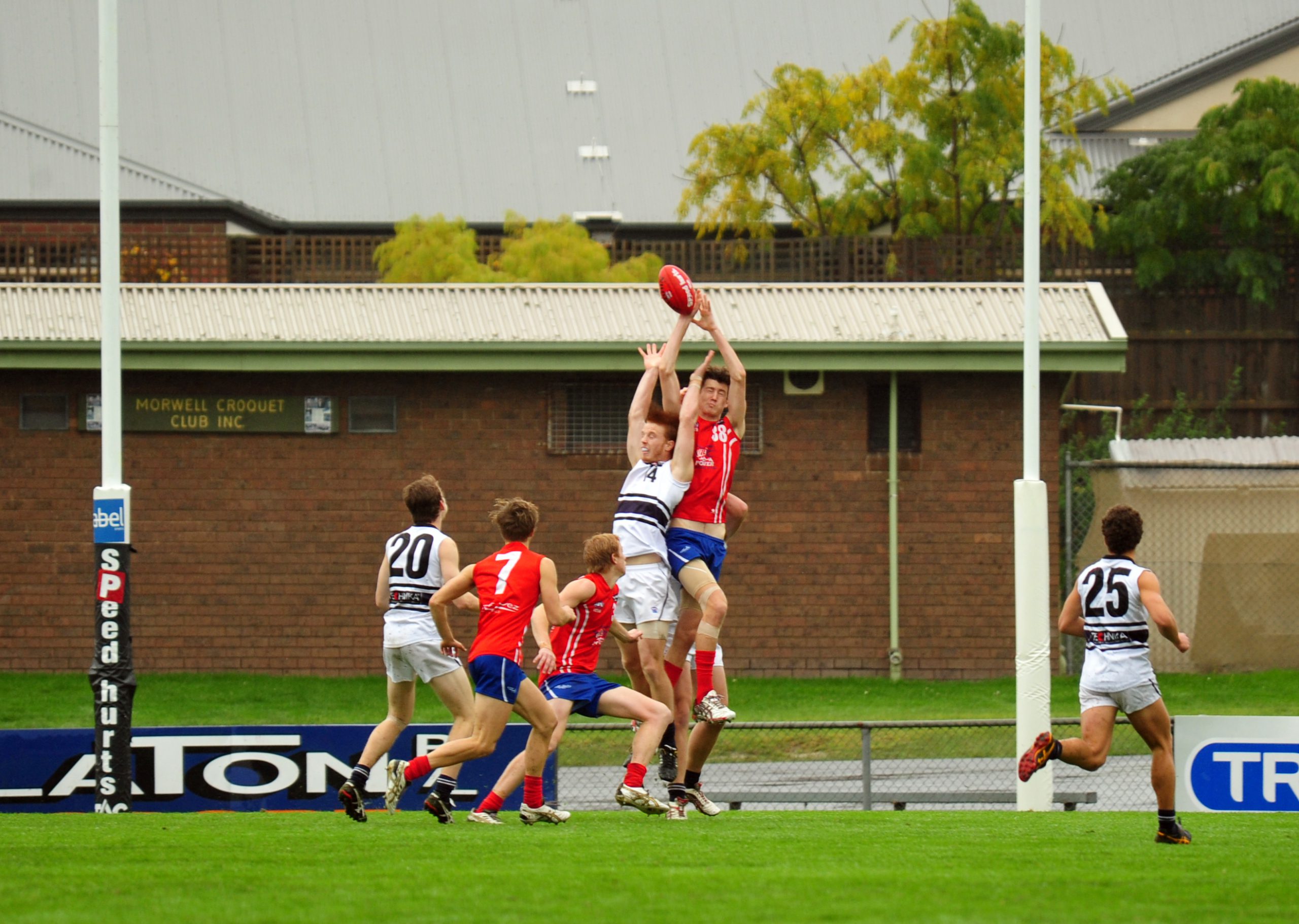 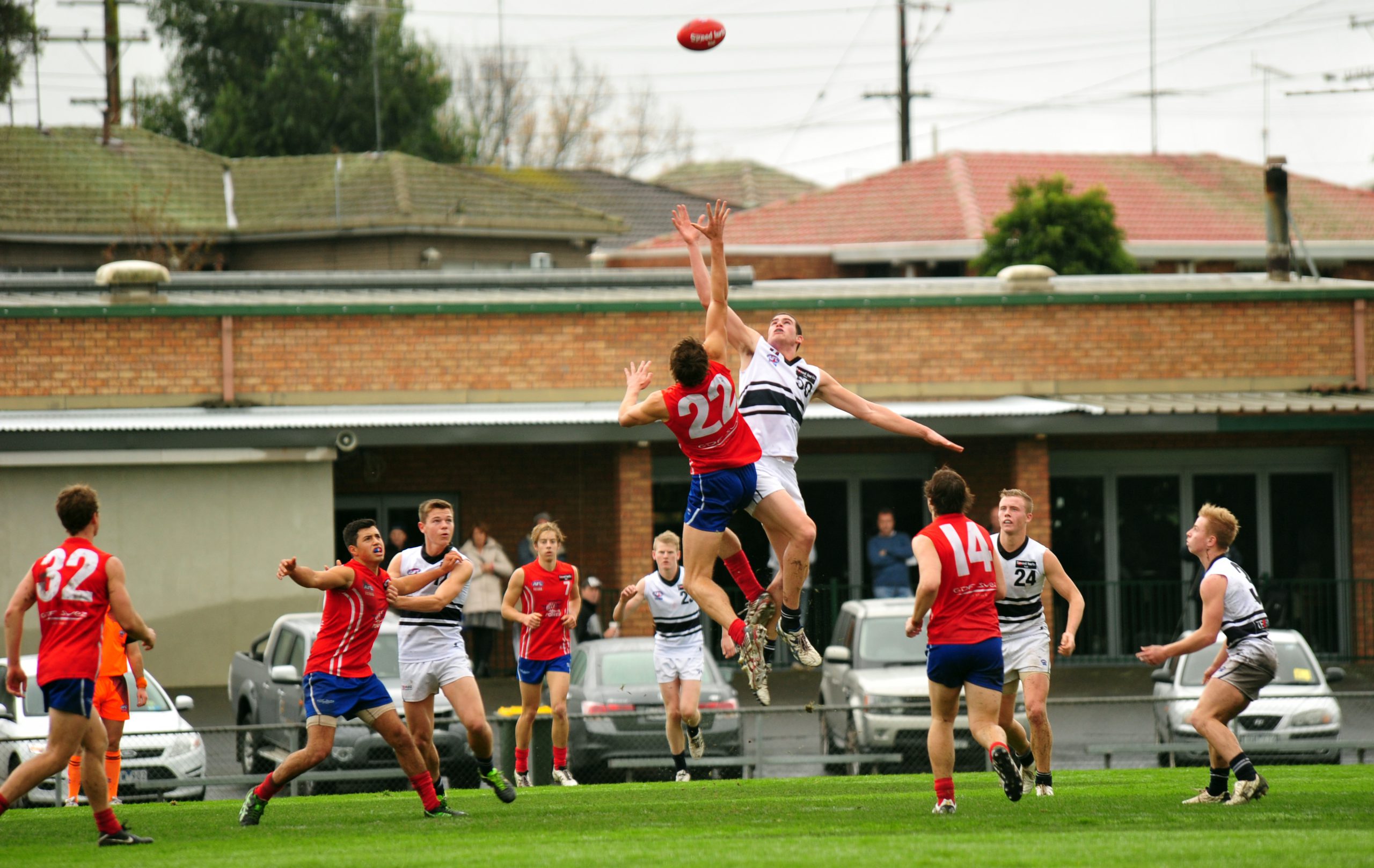 THE return of eight key players helped Loy Yang B Gippsland Power bounce back from consecutive losses with a solid victory over the Northern Knights at home.

Another welcome addition was rookie Mitch Stanlake, who made his TAC Cup debut.

In testing conditions at Morwell, the Knights exploited some indecisive Power defence to take an early lead.

Power hit back with a goal from Jake Thomas after some hard lead up work by Lachie Channing.

The Knights responded after a free kick and 50 metre penalty, then extended their lead with another after a Power turnover.

It took a penetrating kick by Cunico to allow Saunders to snap a clever goal, before Declan Keilty benefitted from intense forward pressure with another Power major.

By the first change the home team led by one-point, due to sloppy finishing, after earning twice the Knights’ forward-50 entries.

The Knights scored the first goal of the second term before Liam Nash and Ed Morris combined to allow Josh Scott to open his account.

Leslie kicked a long bomb of a goal following a Knights turnover to seize the momentum for Power.

With all the running, Power began to waste hard-won scoring opportunities.

Long and direct forward play by Scott and Alex Carr allowed Morris to score a crucial goal late in the quarter but the Knights responded with a telling major after the half-time siren.

Power had extended its lead to 12 points but had been wasteful compared to the efficient Knights.

The Knights again took the early initiative in the third term with two quick goals against a sluggish Power.

Once again the Gippslanders were misfiring up front and the Knights added to their woes by scoring another against the run of play.

Midway through the quarter the Knights had the Power on the back foot but Scott stood firm to restore the balance with a goal.

With the game up for grabs, Saunders wove some magic to set Scott up to snap his second for the term, who added a third late in the quarter to create a 17-point buffer at the last change.

Wet conditions and a heavy surface meant fitness would be a key factor in the final term.

Power was under the pump due to wasteful forward play and allowed the Knights to stay in the game.

Despite having twice the number of forward-50 entries and 13 more scoring shots, Power only led by fewer than three goals.

The Knights responded to another Scott goal before a Keilty snap gave Power some breathing room.

The Knights again hit back on the rebound but, with the clock counting down, Saunders landed the killer blow, before Morris finished things off.

On a day when direction was required, youngster Cunico set the tone in his best TAC Cup game.

Cunico was impressive in the state game last weekend and continued that form for his club with many contested possessions, eight fine marks and a series of effective disposals.

Ruckman Leslie was another who returned from Darwin in good form and he worked tirelessly in the contests across the ground.

Walker showed how much he has learned in his debut TAC Cup season with some outstanding defence, run, evasive skills and great use of the ball under pressure.

Scott faced at least two opponents in the aerial contests but still found a way to win the marking duels and ground contests.

He kicked five goals and had a dozen telling handballs in a complete team game.

Power now has a week off for a scheduled TAC Cup bye.

Some key players will be involved in another round of state football but the majority of the squad will have a week off for rest and rehabilitation.

The side will be tested in its next TAC Cup game against the North Ballarat Rebels with several stars to miss the match with Victoria Country duties in Adelaide.

Coach Nick Stevens will challenge some of the younger and less experienced players to step up the mark and try to eliminate the deficiencies that were so costly against Eastern Ranges and Murray Bushrangers.