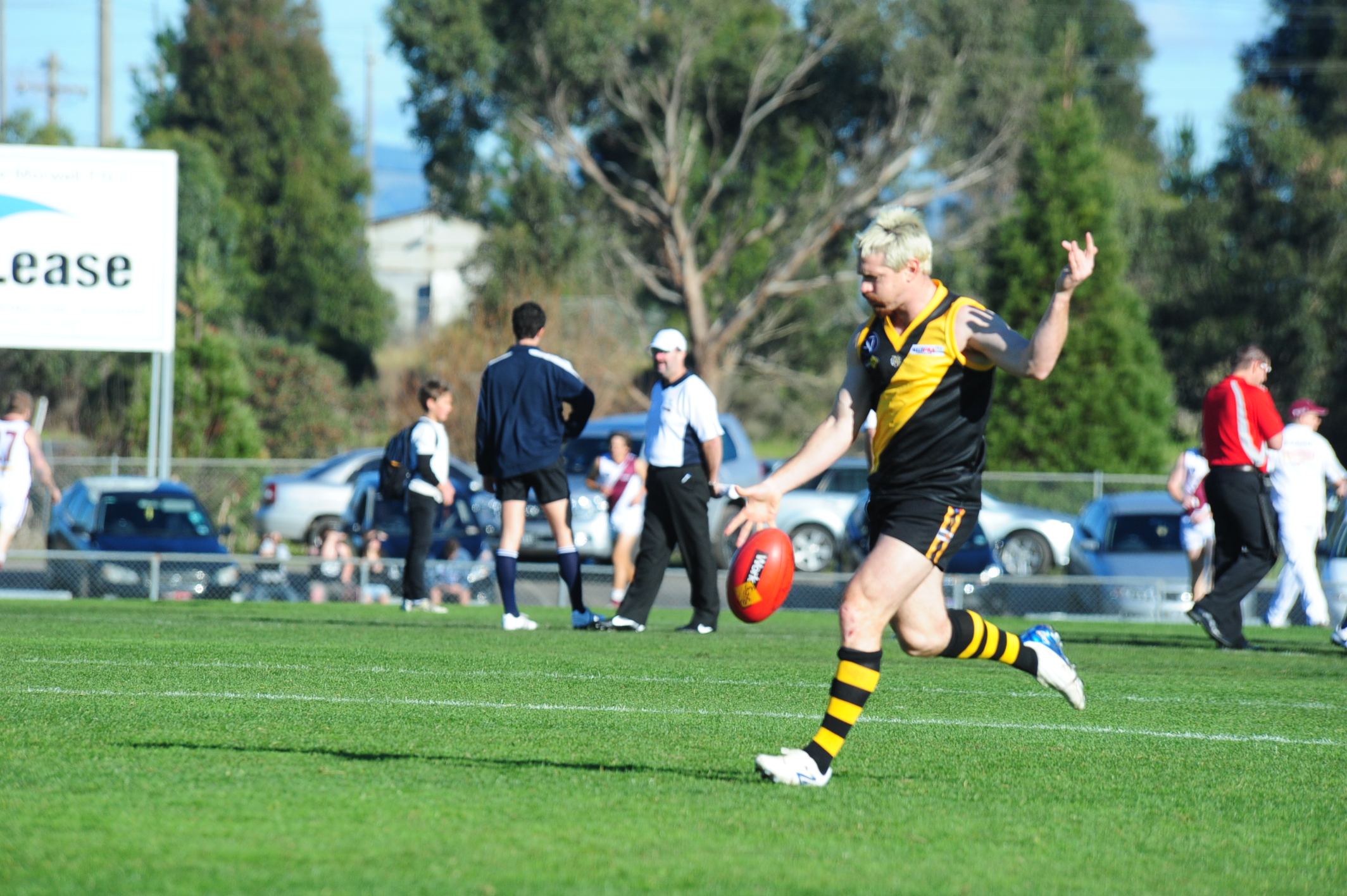 RIVALS Traralgon and Morwell will go head to head on Monday in front of what is tipped to be one of the biggest home and away crowds in Gippsland League football’s history.

“I think it will be great for everyone, the league, the players and the fans, it will be like a finals atmosphere and it’s certainly got people talking about football in Gippsland,” Maroons coach Paul McCulloch said.

Brendan Fevola will headline the highly anticipated clash in Traralgon colours, while Morwell will be without its ex-AFL recruits Tarkyn Lockyer and Anthony Rocca.

“Brendan Fevola does a lot of good things for country footy and having him play is great for the Gippsland League,” Morwell coach Harmit Singh said.

Even without the Collingwood duo, the ladder leader will not be short of AFL experience.

Former Richmond player Dean MacDonald will line up for the Tigers, and playing coach Singh is a former VFL star.

The only undefeated team in the competition, Morwell made it seven in a row against Leongatha last week and is eyeing off win number eight.

“There is a big rivalry there… we will have to work really hard. They (Traralgon) will be hard to beat, especially at home,” Singh said.

McCulloch said his side is good enough to knock off the in form Tigers.

“Definitely. We think that if we turn up and can play four quarters of good footy, we are definitely up to the challenge of beating them,” he said.

“I think the message has got to be we need to enjoy the day and what it’s all about but our main focus will be on playing footy and winning the game.”

A decision by the league to allow Traralgon and Morwell a fourth player on the bench due to the four day turnaround will not make selection any easier for the Maroons who returned to their best with a seven goal to nil first quarter against Drouin last week.

Fevola will address a luncheon at the Traralgon Football Netball Club social rooms prior to the game.

The Southside and TEDAS Junior Football Club under 10s will provide the half-time Auskick entertainment.

Gates open at 8am.

MOE coach Jason MacFarlane is hopeful a win is just around the corner for his developing side, following a narrow two-point loss to Warragul last week.

“If we persist at the level we played at, at the weekend, we will get one,” MacFarlane said.

“Whether it was the wet weather or not, we just showed a lot of desperation. The boys were committed to the job .. we set a few players some tasks and they stood up.”

The performance will give Moe plenty of confidence going into this weekend’s match against Leongatha.

“Our boys adapted well to the conditions; hopefully we can keep the same pressure on a side like Leongatha,” MacFarlane said.

Moe had a run of nine successive wins over Leongatha between 2006 and 2010 but has not beaten the Parrots since, losing the past five.

For Leongatha, this week is a must win to stay within reach of a finals berth.

SALE will be looking to bounce back from its first loss in 20 matches when it returns home to host Drouin.

The Magpies went down to Maffra by seven-points last Sunday.

Up until last year its opponent, the Hawks, had enjoyed a run of three successful visits to Sale, but the Magpies are not likely to drop two in a row.

FRESH from breaking Sale’s winning streak, the Eagles will travel to the Bass Coast to tackle arguably the most improved team in the competition, Wonthaggi, in the battle between third and fourth.

The Power is fresh from a big victory on the road over Bairnsdale.

Maffra and Wonthaggi have met six times since the Power rejoined the competition in 2010, and five of those matches have been won by the home side.

FRESH from an intense two-point win over Moe, Warragul will host Bairnsdale.

The match is a must win for both clubs; The Gulls are sitting just one game outside the five, while, after an impressive start to the year, their opponent Bairnsdale is now struggling to stay in touch with the competition’s top teams.