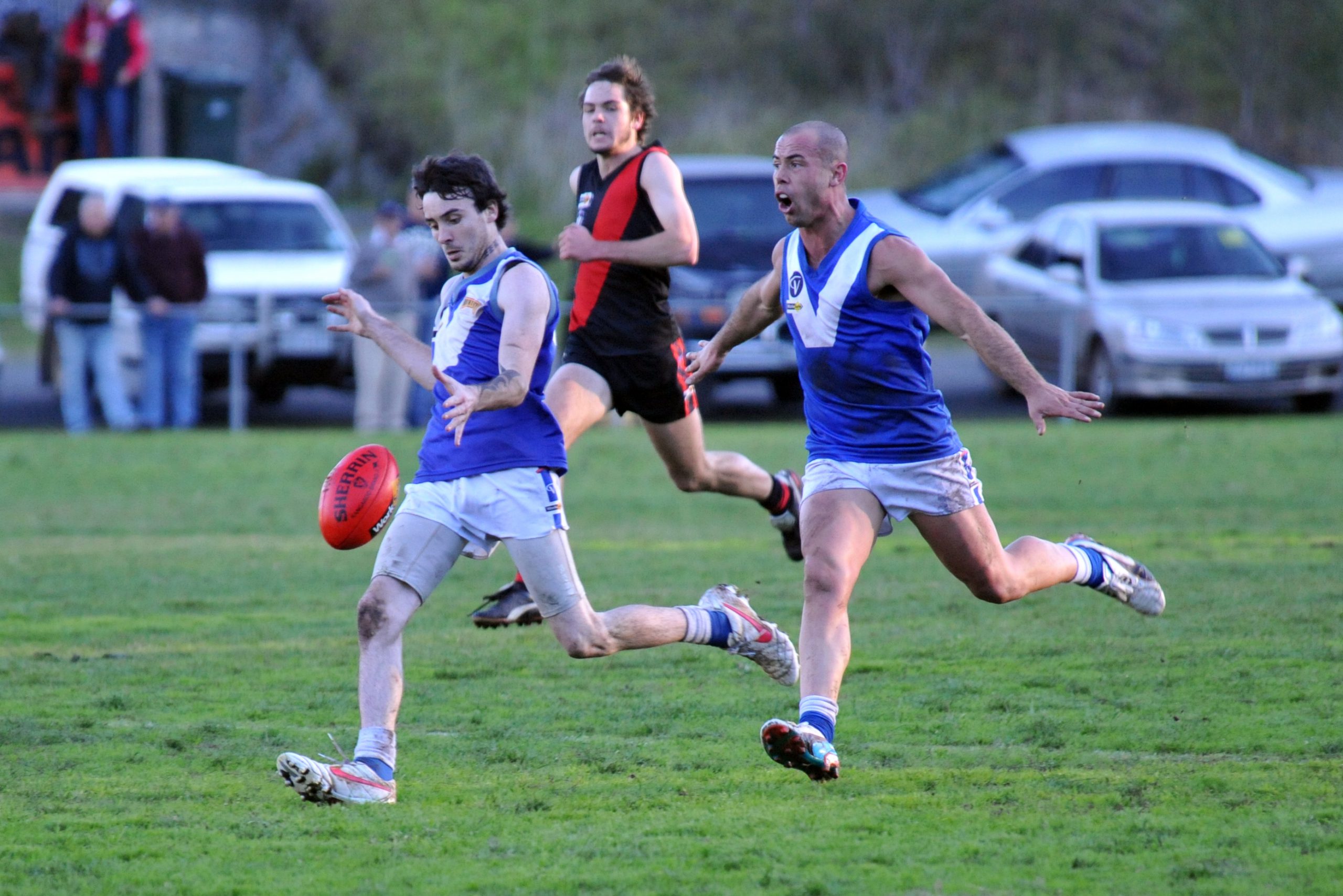 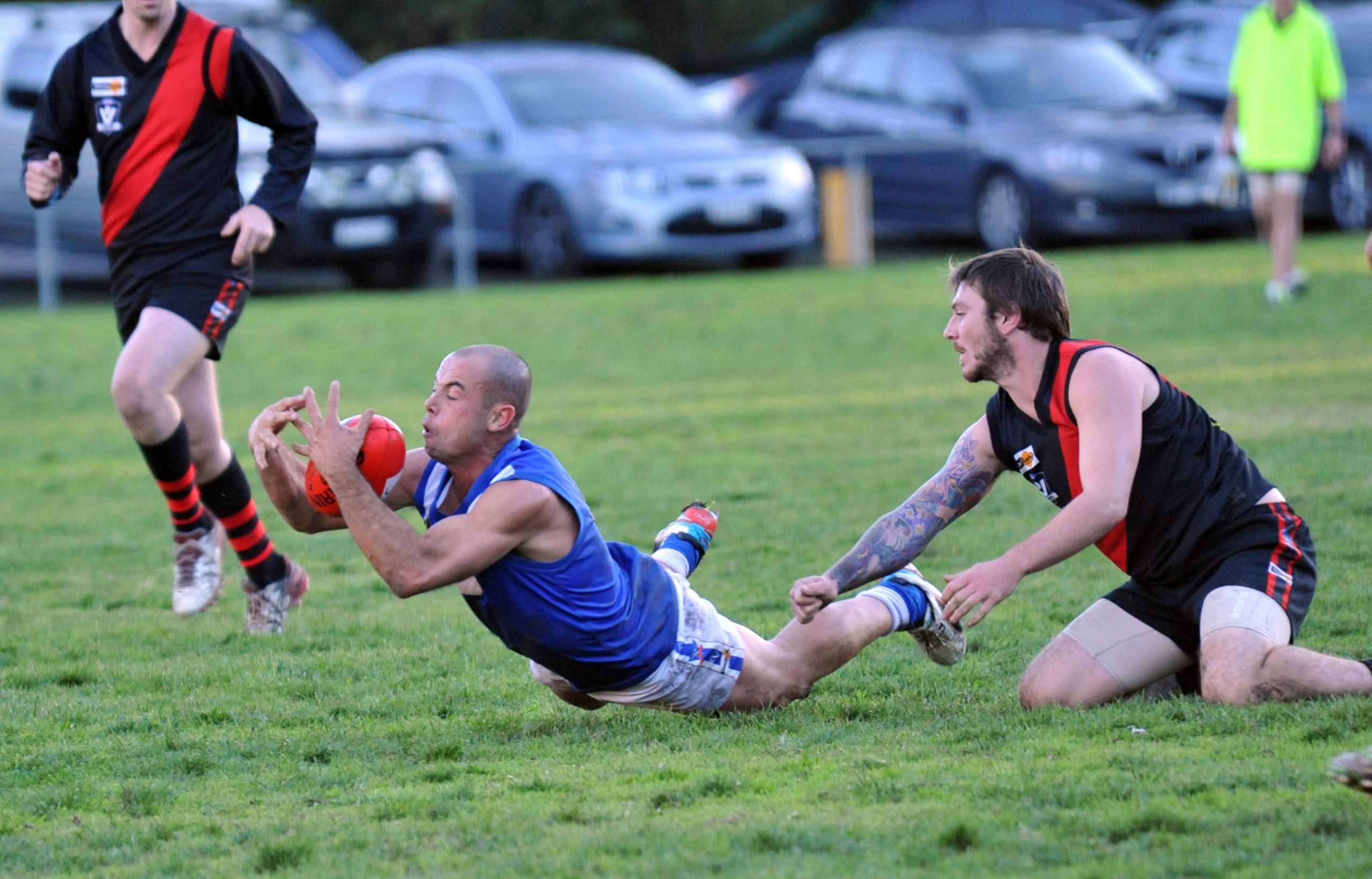 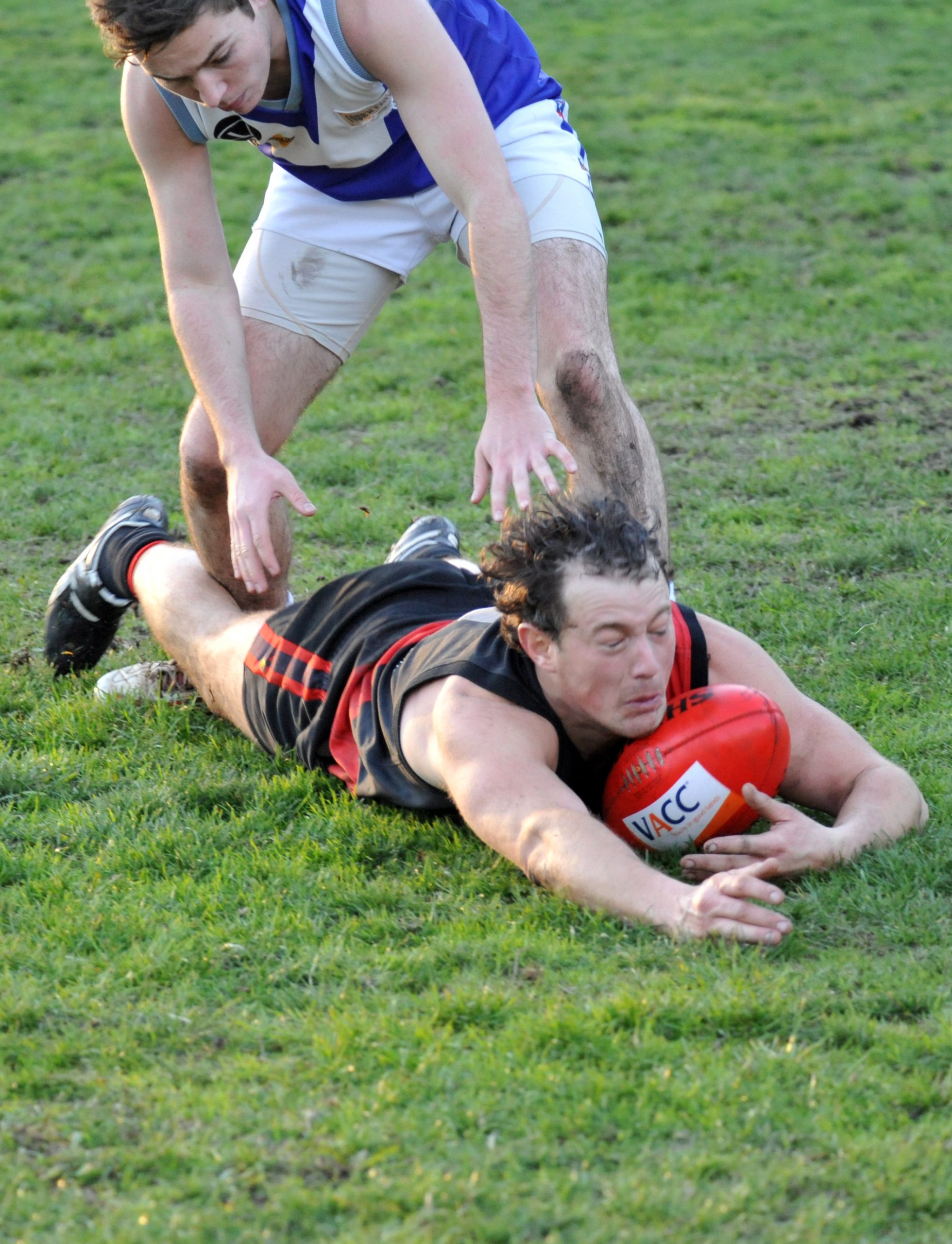 It was goal for goal almost the entire match, with neither side able to get away by more than one straight kick for long.

After just a point separated the teams at quarter-time, the Bombers kicked the first three goals of the second quarter to build a 20-point lead, but it was short-lived.

The Blues fought back to get within a goal of the Bombers and kicked ahead to lead 49-48 at half-time.

The Blues maintained their advantage for the second half of the match, and while YYN got to within a goal several times they could not land the decisive blow.

Bomber coach Rick Hearn said it was disappointing to be in the game all day and fail to get over the line.

“I reckon if we had of got in front, we might have been able to get on with the game,” Hearn said.

“If you get your nose in front, the boys would get a little bit more confidence and I think we might have come over the top.

“A lot better, more improvement, but still not a win. So, back to training, back to working hard and see how we go next week.”

“We worked hard. I think at times we panicked with the ball. When we really settled and started to use the ball (better) we were alright,” Sherriff said.

“(The Bombers) are always hard to play here. It’s good to get a win and we can build on it next week.”

The Bulldogs’ two-point quarter-time lead became 17 at half-time, but the Demons fought back to be within seven points at three-quarter-time.

The Demons bowed to the Bulldogs in the fourth, who kicked six goals to seal the victory.

The win saw the Bulldogs retain third position on the ladder.

With the side getting stronger every week, it could pose a threat to Trafalgar and Mirboo North above it, and both loom as opponents within the next three rounds.

Yinnar’s win stepped it up to equal points with a better percentage, but on the upside, the Demons are still two games clear of sixth-placed Hill End.

Yarragon kicked the first two goals of the match in the opening five minutes, which spurred Mirboo North into action with eight majors of its own.

Yarragon did not score another goal all afternoon, while Mirboo North kicked more than six in each quarter to set up a hefty winning margin.

“Obviously Yarragon are fairly decimated by injuries so it made our job easy. They were a bit skinny on,” Tigers coach Troy Hamilton said.

Mirboo North’s margin could have been greater with 29 scoring shots going through as behinds, but Hamilton said he was not worried about wayward goal kicking.

“We were probably a little bit crowded in the forward line, but a lot of them were set shots actually.

“I suppose as a full forward you have days like that and you’re better off having them when it’s not close,” Hamilton said.

TRAFALGAR kicked the first goals of the match before Hill End stepped up and outplayed the Bloods to no avail on the scoreboard.

The Hillmen missed eight goals to lead by one straight kick heading into the second quarter.

The Bloods held Hill End to one point in the second term and widened their lead throughout the rest of the match to come away with the four points.

Trafalgar coach Chris Kyriacou said his side experimented with positions in the first quarter which “backfired” and once they restructured, they “slowly grinded away” to record the win.

“We sort of got the result we were after in the end. It was never going to be easy… they’re a really good side and they threw everything at us, so they deserve to be close to us,” Kyriacou said.

With just one loss for the season, which came against Boolarra, Trafalgar has proved its ability to nab a win when tested.

Hill End’s goal kicking is still a sore point for the side and more work will be needed in the second half of the season to make finals.

The Magpies got out to an eight-point lead after a tight first quarter and continued to build on their winning margin throughout the match.

The Hawks only managed two goals for the remainder of the game, but were not thrashed by the Magpies.

Their strong defence managed to keep Yinnar to a relatively low 11 goals.

The loss saw the Hawks drop into eighth on the ladder; a position that will make reaching the finals almost impossible.

The Magpies crept back into fourth and, with the first half of the season complete, sit in a place that reflects their class in the competition.