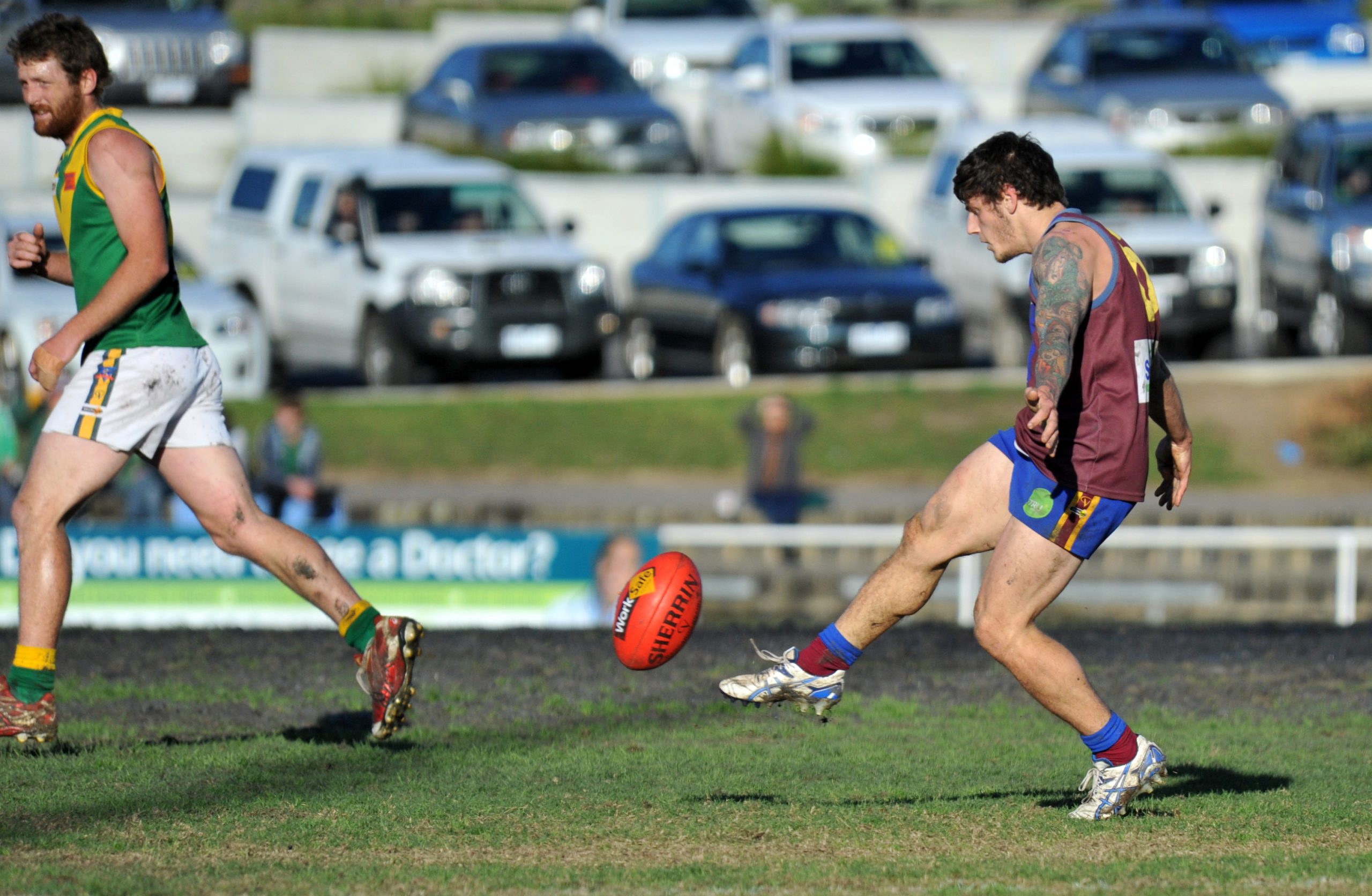 For the second week in a row Moe came agonisingly close to its first win of the year in Gippsland League football.

Coming off a two-point loss to Warragul, this week the Lions went down narrowly to Leongatha by 12 points at Ted Summerton Reserve.

“It was heart wrenching again. The boys played very, very well; tactically we matched it with them, we wrapped up well but in the end we just ran out of legs,” Moe coach Jason MacFarlane said.

Scores were locked at 15 points apiece at the first change before Moe kicked its way to the lead with a five-goal second quarter.

The visitor gained the upper hand in the third.

The Parrots slammed on six goals to the Lions’ two to lead by just five points at the last change.

Still in it, Moe showed plenty of good signs in the last.

The much-improved home team added three majors to its tally and was just barely outplayed by the more experienced Parrots who ran out 12-point winners.

Forward Cade Maskell was the difference with five goals for Leongatha.

James Blaser, Leigh Sheehan and Ben Morrow were again outstanding for Moe, which has gained momentum over the past two rounds.

“James Blaser, he is a freakish sort of bloke. I would love to have had the opportunity to play with him in my day. He runs through packs, (and has) ability to come out of packs with the ball,” MacFarlane said.

In a case of poor timing, Moe looks set to lose two of its standout players next week.

Declan Keilty, who bagged two goals for the Lions, is likely to return to the Gippsland Power line up despite suffering an ankle injury during the game, while Tom Long is expected to return to Casey.

WONTHAGGI enhanced its premiership credentials with a 38-point win over Maffra, the side that last week became the first in 20 matches to beat reigning premier Sale.

The victory earned the Power third spot on the Gippsland League ladder, where it sits one game clear of the Eagles.

It was a tightly fought contest from the outset.

Inaccuracy cost the home side in the first; Wonthaggi kicked three goals five to Maffra’s three goals two to lead by three points at the first change.

The Power added another three in the second and by half-time had stretched its lead to 10 points.

The home team kicked another five goals in the third to lead Maffra by 24 points at the last change and did not look back.

The much improved Power carried the momentum into the last, adding another four goals to Maffra’s two to run out a convincing 38-point winner.

SEVEN goals from James Gibbs helped Bairnsdale to a much needed and morale boosting win over Warragul on the road.

The four points saw the Redlegs jump the Gulls on the ladder.

Bairnsdale now sits just outside the five in seventh on equal points with Leongatha and only slightly behind on percentage.

With the upper hand early, the Redlegs came out firing in the second.

The visitor slammed on five goals to the Gulls’ two, to lead by 22 points at the half.

The trend continued after the break.

Bairnsdale outplayed its opponent, adding another eight goals to its opponent’s five to run out a 41-point winner.

Bayden Ashwood was the visitor’s best player, while Christopher Carey was named best on ground for Warragul with four goals.

SALE returned home, and to form, recovering from last week’s tough loss to rival Maffra with a big win over Drouin.

It was not all smooth sailing for the reigning premier, which was tested early by the Hawks; Drouin trailed by just eight points at the first change.

Slowly but surely the home side extended its lead.

By half-time it was out to 20 points and by three-quarter-time the Magpies led by 53.

Sale kicked five goals to Drouin’s two in the last to run out a 77-point winner.

Daniel Jackson was Drouin’s best, while Broderick Fraser was the Hawks’ only multiple goal scorer with two majors.