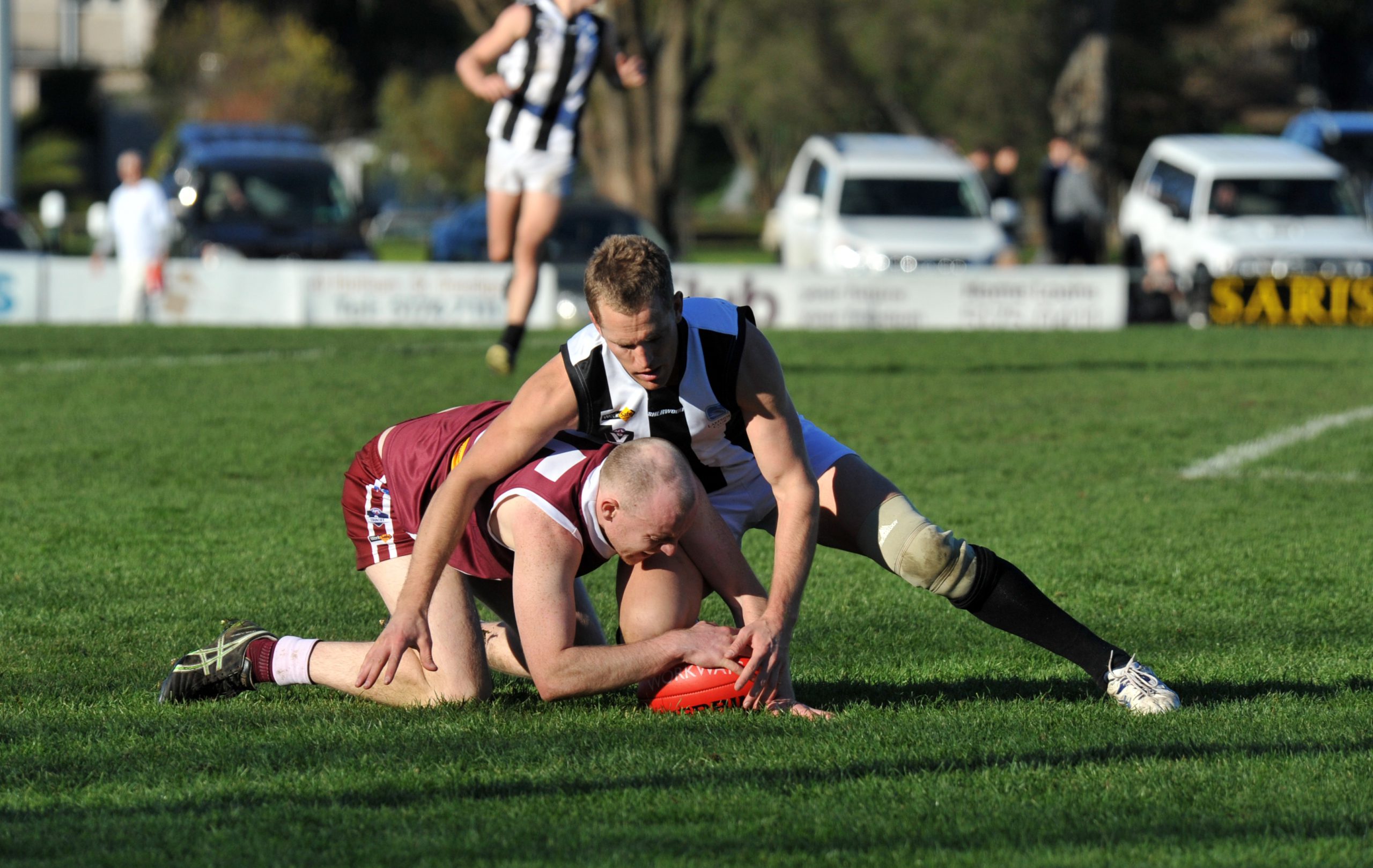 Moe could be on the verge of its first win of the season when it hosts Drouin in round 11 of Gippsland League on Saturday.

“We have probably played one bad quarter in the past four weeks and I am quietly confident that we can adapt to it and, if we do all the right things we should get the win,” Moe coach Jason MacFarlane said.

The Lions should be bolstered by the return of Tom Long who got the call up to Casey last weekend.

Maffra burst out of the blocks with a 10-goal opening term against Moe last week, however the Lions recovered and matched it with its opponents for the remaining three quarters.

“The first quarter was horrible for us; (Maffra) adapted well to the conditions,” MacFarlane said.

“The ankle-deep mud made for some of the worst conditions I have seen in football for a long time.”

If Moe and Drouin’s last encounter is anything to go by, the round 11 clash could shape up to be the match of the round.

On that day back in round two, the Hawks recovered from an early Moe onslaught with a six-goal-to-two last term to claim its only win for the season.

In the match some of the competition’s up and coming stars were in action with a total of 32 goals scored for the game.

This weekend’s match is a rare chance to nab the four points for the bottom and ninth-placed teams.

After consecutive losses to Sale and Wonthaggi there is no doubt Morwell will be looking to return to the winner’s circle when it travels to Warragul to take on the Gulls.

“It’s just important for us to go out and get the win,” Morwell coach Harmit Singh said.

“We just can’t afford to have three or four weeks of bad football; we had some good patches against Sale but last week was disappointing and we need to get back to playing to the level we are capable of.”

The Tigers have won their past 11 matches against Warragul, the past five by margins of more than 40 points.

However, they will not be underestimating the Gulls, a side which tested the Tigers back in round two.

“They were really good, I remember saying I thought they could play finals,” Singh said.

“We won’t be taking it lightly, if we don’t play the way we can it will be very difficult for us to win.”

Morwell has had extra training sessions this week and there is expected to be at least three to four changes to the side that was rolled by Wonthaggi last week.

The Gulls also have plenty of reason to win.

With four wins and six losses Warragul sits just a game outside the top five.

In round two Wonthaggi posted a narrow, and at the time, surprise two-point win over Traralgon, at Traralgon.

Ten weeks on and the Power is undoubtedly one of the in-form sides of the competition.

Second-placed Wonthaggi has won seven consecutive matches and faces a Maroons outfit coming off a disappointing lost to Sale.

Traralgon must win to hold its spot in the five, while Wonthaggi will be keen to stake its claim on a top two finish.

Sale is fresh from convincing wins on the road over Morwell and Traralgon and will return home to host Leongatha.

The Parrots tested the reigning premier back in round two, after holding the Magpies to four goals for the first three quarters.

However Sale re-grouped with a six-goal last term to claim victory.

The Magpies’ only loss of the season was at the hands of rivals Maffra three weeks ago, but has since re-stamped its authority as the team to beat in 2013. Sale was also the team which broke Morwell’s unbeaten run.

Leongatha has had a season it would rather forget. The Parrots have been plagued by injury and illness and as a result have slumped to eighth on the ladder with three wins for the year, including just the one at home.

Back in round two Bairnsdale produced one of the upsets of the season when it defeated Maffra for the first time on the Eagles’ home turf. The shock win coincided with Eagles’ coach Hayden Burgiel’s 200th senior game and a one-off appearance by former Essendon player and Anzac Day medallist Andrew Lovett.

The Redlegs are fresh from its first win over Leongatha on its home turf since 1984.

The win took Bairnsdale’s current winning streak to three, however its opponents, fourth-placed Maffra, is not likely to concede the four points to the Redlegs a second time.