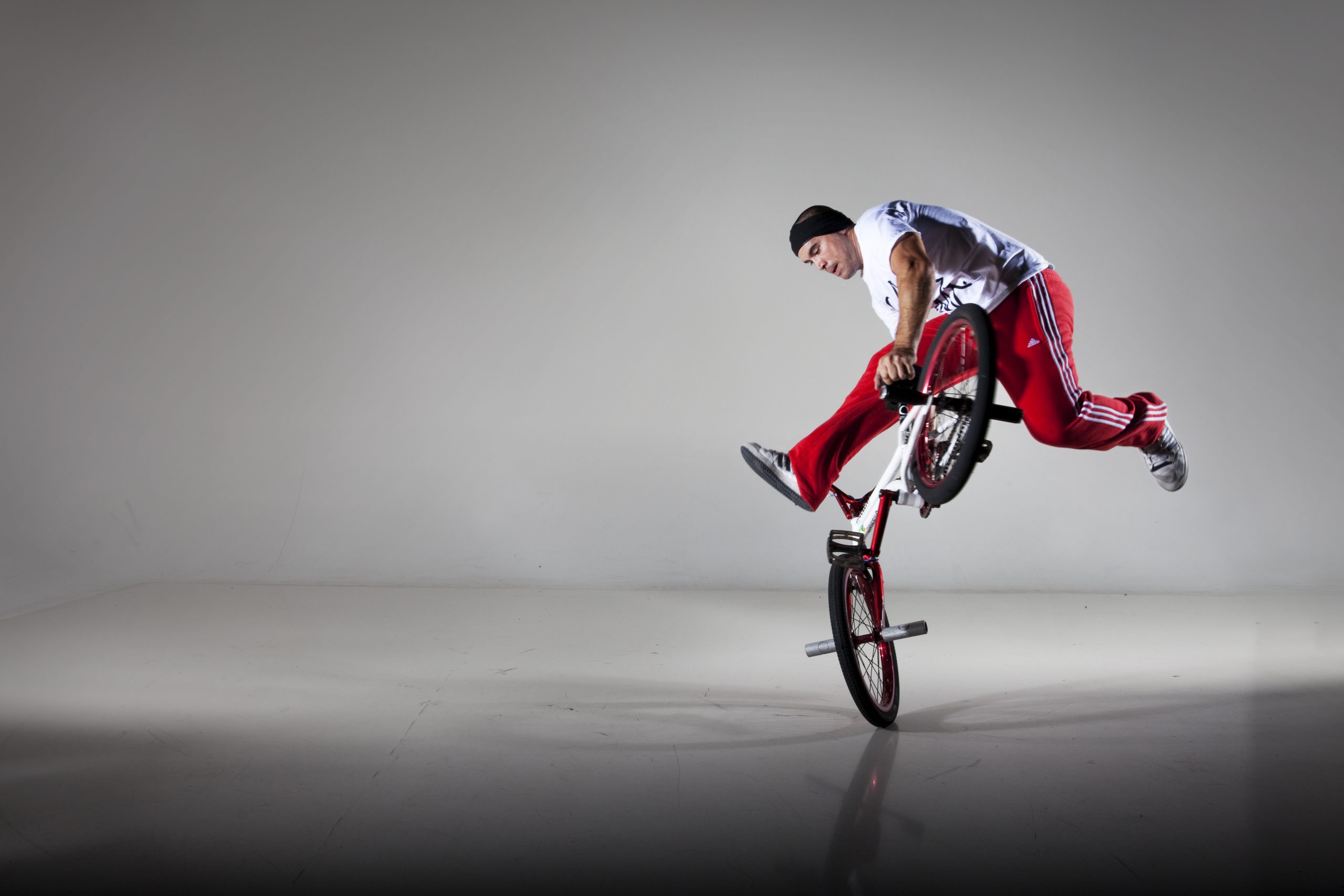 SHANE Badman’s life has been consumed by BMX riding, but in a healthy way, and he would not have it any different.

The 33 year-old BMX freestyler, who recently moved to Traralgon, picked up his first BMX when he was four years old for Christmas and has never looked back.

“I was always interested in trying to do tricks and jumps on my bike, like most kids do, but never thought too much about it,” Badman said.

“It wasn’t until I was about 13 years old that I watched a Hollywood movie made in the eighties called ‘Rad’, which was made during the peak of the first wave of BMX riders, that I got really interested and focussed.

“During the movie there are various scenes where the riders are doing different tricks, particularly during the intro and outro sections.

“Once my eyes were opened to this world and the possibilities of what I could one day achieve on a bike, I never looked back.”

In the 19 years after watching Rad, Badman has travelled across the globe competing in various BMX tournaments.

He competed in an X Games-style contest in New Zealand in 2003, and from 2007 to 2010 Badman participated in events across Europe and Asia in the flatland discipline.

Badman said of the four, he believed flatland had the harder learning curve.

He said it took him about six to 12 months before he was able to get a few basic beginner tricks mastered.

“And to get to a pro level it took a lot of years and effort,” Badman said.

“I can think of a few tricks that have taken me several years to learn and I still don’t have them perfect now – sometimes you hit the trick, other times you don’t.”

He said one of the keys to his success was his self-discipline and motivation to ride.

“Having said that, when you absolutely love what you do, you don’t need to try and find the time to do it,” Badman said.

“So for me it’s more that you spend you’re every waking moment thinking about riding, where you will ride, who you will call to go ride with and what tricks you will try.”

One of Badman’s greatest BMX highlights came when he was invited to participate in the television program, ‘Australians Smashing Guinness World Records’.

He was flown to Sydney from Brisbane and taken to an Olympic sports field.

When there, he earned the records for the longest wheelie on the front wheel without touching and longest duration for this trick (188 metres and 48 seconds).

“The experience was amazing and definitely one of the highlights of my riding career – it was a great day,” Badman said.

During his intense years of riding, between the ages of 18 and 29, Badman would spend two to six hours riding, six days a week.

Between those years he picked up a few injuries, which he now has to carefully manage, however, Badman said he believed the experiences had made him a “more intelligent rider”.

Badman is currently in Europe training for some small BMX competitions, but said this depended on how his previous injuries pulled up.

“As I had close to two years time away from riding due to a long-term injury, I’m still very much funding my feet again,” he said.”

“If my health isn’t as good as I would like, then I will just have to wait and see and cross that bridge once I come to it.”

While he still has the motivation to compete, Badman said his injuries were catching up with him, but he was riding as much as possible.

He said his partner Nina was “understanding about what I do” and “holds the fort while he was away”.

“Same goes with work as well; I have very understanding employers that recognise what I do and allow me the opportunity to pursue this,” Badman said.