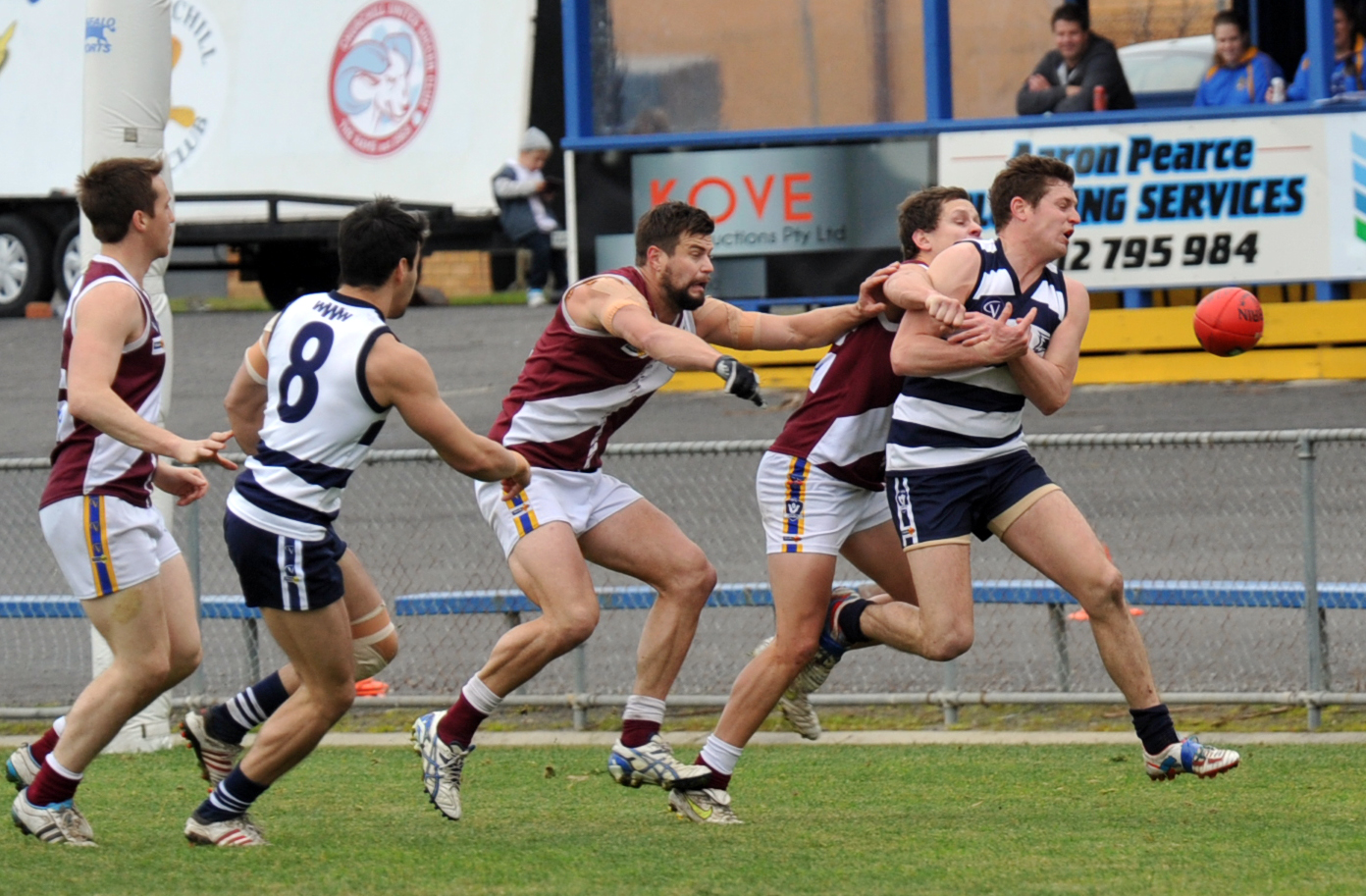 A BERTH in the North Gippsland football finals is all but guaranteed for the competition’s front runners, while for others it is almost in their grasp.

Churchill and Glengarry will be keen to lay a stake on the top five, while you can write Woodside off at your own peril.

Sitting some 12 points behind front runners and reigning premiers Heyfield the final four rounds are paramount if the trio of sides are to fulfil their end of season ambitions.

All focus will turn to the blockbuster clash between fifth-placed Churchill and second-placed Rosedale this Saturday.

Cougars coach Tim Darby knows this side will need to be at their best over the next fortnight as Churchill comes head-to-head against last year’s finalists.

The Cougars must win Saturday’s crucial clash against the Blues to further confirm their hold on a top five finish.

There is more than just the four points at stake with Churchill struggling this season to claim the scalp of an opponent sitting above it on the ladder.

In contrast the Blues continue to impress.

Last Saturday they worked hard to embark on a second quarter comeback to claim the four points against Gormandale.

It will take an almighty effort by the Cougars to halt the Blues whose season continues to gain momentum.

In their last encounter the two sides were locked in a fierce battle at half-time, before Rosedale powered away with 10 goals in the premiership term to seal a comprehensive 50-point victory.

Churchill can ill afford to allow Rosedale the same luxury of breaking away and dictating the match on its terms or it will find its hold on fifth position slipping away.

League followers will be waiting with baited breath at the contest that waits when Heyfield and Woodside meet.

The Wildcats will look to regain their early season form, which has eluded them in the second half of the fixture.

The Kangaroos are sitting one game clear of their nearest rivals and many would concede the reigning premiers appear to have the minor premiership honours all sewn up.

However, those in the Heyfield inner sanctum would argue the team’s form over the past month has been far from impressive with improvement needed.

Saturday’s clash will provide an opportunity for the Kangaroos’ coaching panel to assess exactly where the side is at, against a team which earlier in the season appeared on track for their first finals appearance since 2009.

The Wildcats were convincingly beaten by 72 points in their last encounter against Heyfield and will need to rebound from last week’s defeat at the hands of Churchill.

It is a daunting prospect for the seventh-placed Wildcats to meet the reigning premiers on their home turf; however, it will be a true indication as to where Woodside is at.

COWWARR will be out to maintain its stranglehold on fourth position when its hosts Sale City.

The young pups can draw plenty from their performances against the competition’s number one ranked side.

The Dogs tested the Kangaroos for three quarters of the contest last week and can be confident they can carry that form into the contest against the Saints.

On the smaller ground Sale City may have the legs to run out the game and push Cowwarr to the final siren.

With more than the four points on the line, the Saints will be eager to seal their eighth win of the season ahead of next week’s showdown against Heyfield.

Traralgon Tyers United became the first side in more than a month-and-a-half to knock over Glengarry in a season defining performance last Saturday.

The win may act as a barometer for the remainder of the fixture, as the Bombers fight hard to snare a top three finish and an opportunity to take part in finals for the first time since claiming the silverware in 2004.

This Saturday the Bombers from the west end of the competition take on their name sake, Boisdale Briagolong Bombers, from the east.

Boisdale Briagolong was impressive in the opening half of the contest against the Saints before fading away and cannot allow TTU the same luxury or it will quickly find itself on the end of a comprehensive defeat.

Boisdale Briagolong will need its key playmakers to stand tall and lead from the front as it aims to improve on its win loss ledger.

Sunday’s blockbuster clash will see Gormandale meet long-time foe Glengarry, which comes into the contest on the back of its first loss in six rounds.

With their wings clipped against third-placed TTU, the Magpies will be keen to reverse the team’s round five result against the Tigers, which saw the black and white army fall short by two kicks.

The Tigers claimed their last victory in round 12 and have impressed in recent weeks.

In its past two rounds Gormandale has held commanding leads against Churchill and Rosedale before being overrun.

This is a danger game for Glengarry and should not write Gormandale off.

Regardless of the teams’ ladder positions, the Sunday showdown is always fiercely contested, with the Magpies fully aware their hold on a finals berth is reliant on their performance over the next month.

They will meet Churchill and Rosedale in the coming rounds and can ill afford any slipups against teams ranked below them on the ladder.