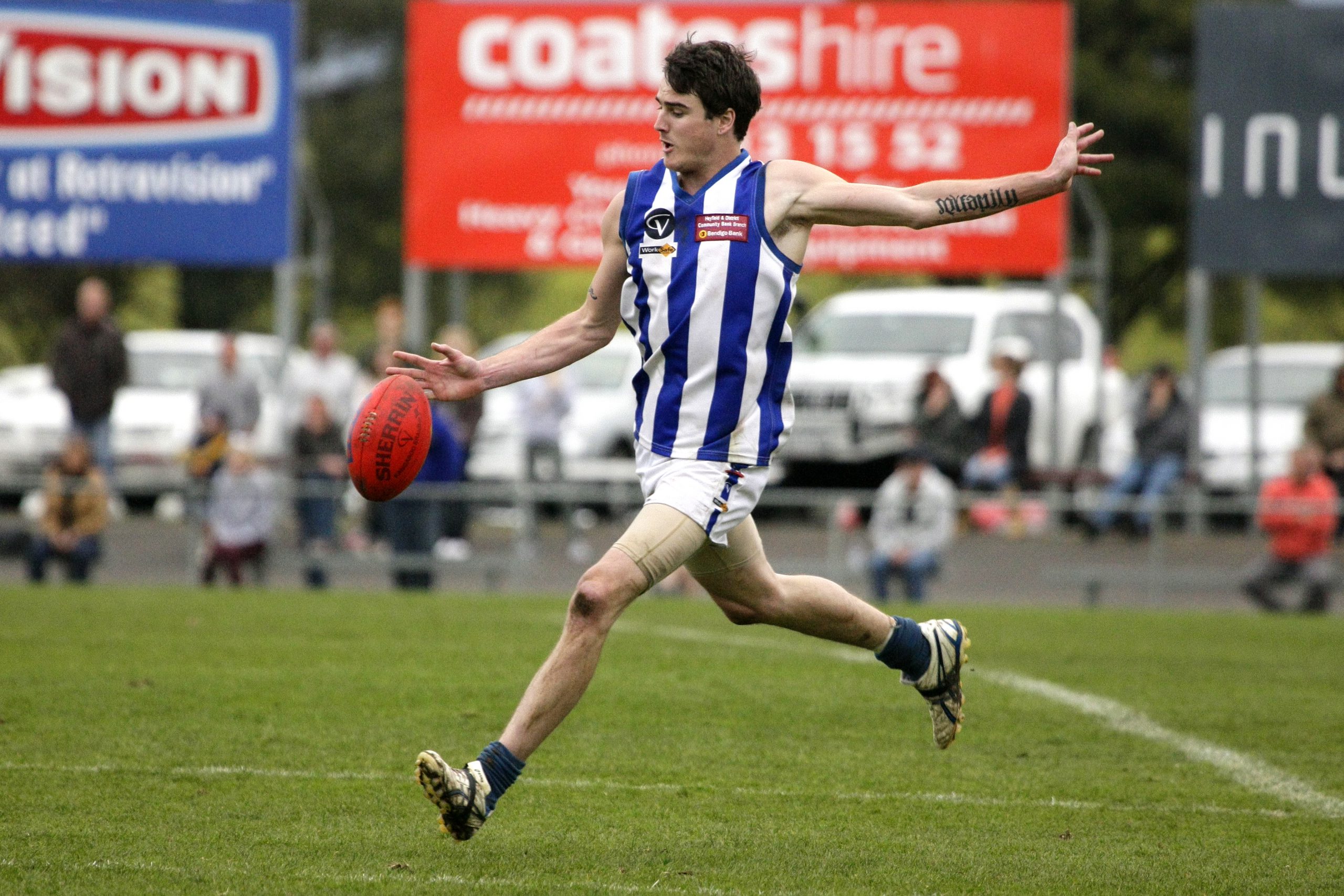 HEYFIELD will forego the mob mentality and gamble on winning individual matchups to overcome Glengarry and retain the North Gippsland Football League chalice on Saturday at Traralgon Recreation Reserve.

“We can’t afford to model our side around the opposition, we don’t want to fall into that trap,” Heyfield assistant coach Jesse Leeds said.

“Rather we will be focusing on the one-on-one contests and ensuring that we win those; we know that we are not going to win every contest and we know that the other team will score against us but we will put faith in our players and hope that we come out on top.”

Standing in Heyfield’s way is a rampant Glengarry, whose challenge for the grail came to life following a dismal start to the season which left it languishing with one win after six rounds.

Written off by many, the Magpies mustered a miraculous revival under coach Ryan Potter featuring six straight victories, including the scalps of highly fancied Rosedale, Woodside and ladder leaders Heyfield.

By round 13 the Magpies were back in the hunt for a top five berth.

In contrast, Heyfield’s title defence hummed along after losing the round one grand final, replay before a dry spell saw them struggle to be competitive for a full four quarters.

However, the Kangaroos rallied when the wheels began to wobble and prevented a disastrous derailment.

The Roos now have the unenviable task of halting the favoured Magpies but Leeds is not worried about the underdog tag.

“There is no doubt like last year that there won’t be many backing us to win,” Leeds said.

“The second half of the year we struggled to put together solid four quarter efforts, a bit like a fortnight ago against Glengarry where for three quarters of the contest our matchups were working… before we lapsed, dropping our intensity and tackling.”

Leeds knows the side will need to take its game to another level to claim a second title in as many years.

“Our effort on Saturday was really good, we played well in the tough conditions, and everyone did their job playing a role in a strong team effort,” he said.

“We will need that same even contribution across the park come this weekend, there will be no passengers. We need to back ourselves to win the one-on-one and play like we did in the first half against Glengarry in the semi-final.”

With only five players in this year’s squad yet to win a premiership, Heyfield’s depth and experience has long been the envy of opposition sides.

In his second year in charge at Glengarry, Potter has cemented the side as one of the marquee teams in the competition.

Following a solid run in the closing month of the home and away season, the Magpies deservingly claimed the prized double chance and put opposition sides on notice with two comprehensive victories in the first two weeks of finals to advance to the main stage.

While Potter has been pleased with his side’s efforts, the coach is a realist and knows how difficult it is to win the title.

“It’s hard to win a grand final, you need things to go your way and we are up against tough opposition,” he said.

“Heyfield are a dangerous team; their players are renowned for stepping up, they finished top three and won it last year so they can’t be underestimated.

“They run the ball and spread, they boast a number of players that stand up in big games, (Jesse) Bedggood and (Adrian) Cox are two, and then they have the little spreaders that run and carry the ball (Jack) Woodland, (Nic) Dinsdale and the Dowses (Nic and Mitch).”

While keeping tags on a number of playmakers, Potter said that his side will focus on playing its own game.

“We will focus on our style of footy, it served us well last time we were three goals down and turned the game around,” he said.

Fielding a balanced team, Potter knows that his forward line is a strength and will be keen to have the forward six firing on all cylinders.

“Our forward line with Josh King, Mark Engley and Ross McDermott is one of our strengths along with our backline. Defensively we have matched teams throughout the year but just didn’t have the ability early on in the season to kick the goals,” Potter said.

Both midfields can inflict plenty of damage, with the Magpies engine room perhaps holding the edge over Heyfield.

League team of the year members Potter and Lochie Little can quickly turn a game and were instrumental in the side’s semi-final victory against Heyfield.

Likewise, Chris Panayiotou stood tall in a dominating best on ground performance in that match, which saw him run amok along the wing, drilling the ball into the three-pronged forward structure.

Heyfield too has a classy trio in the centre; Sean Humphries, Josh Neille, and Adrian Cox were the main instigators behind Heyfield’s dominance of the centre clearances throughout the finals series.

Leading from the front coach Cox will no doubt draw the attention of Glengarry’s taggers, with dual premiership players Mitch and Nic Dowse to also gain attention.

IN a prelude to the main event, minor premiers Heyfield and Traralgon Tyers United will take centre stage in the reserves.

In a replay of second semi-final action, the Bombers will be keen to reverse the 50 point loss they suffered.

Saturday’s grand final is the Kangaroos’ seventh in a nine year period, however the club has only won two titles since 2005.

CHURCHILL coach Joey Whykes will attempt to lead his young Cougars to victory over Cowwarr Saints in the decider.

With the ledger standing at two-one in Churchill’s favour this year, the Saints will need to raise their game to another level if they are to reverse last fortnight’s 27 point loss to the Cougars and claim their first under 18 competition title.