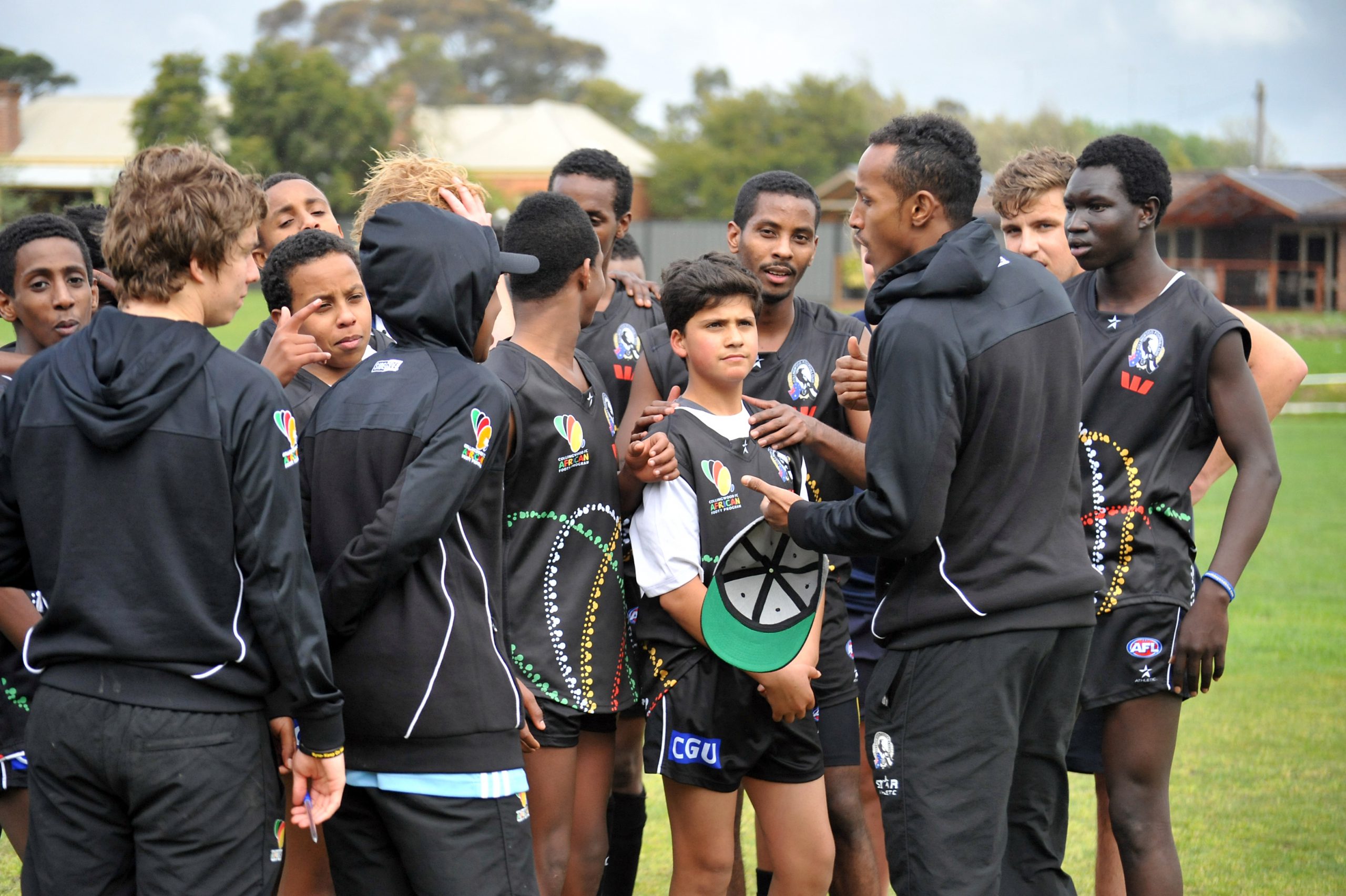 Hosted by Sports Education Development Australia in a four-hour session, the young academy was offered a first taste of life and football in country Victoria.

Program leader and Collingwood multicultural officer Yusuf Qaafow said the academy members, many of who came from disadvantaged backgrounds, enjoyed the experience.

“Some of them said that was the best thing they ever did,” Qaafow said.

“They never went that far out of Melbourne first of all and to do it with a group of guys they were very familiar with… they loved it.

“The best part about it is the country kids are really good at football so what’s more Australian than football, besides a barbecue and bacon and eggs, which we can’t eat.”

Qaafow, formerly a National Basketball League player with the Melbourne Tigers, developed the African Academy at Collingwood to engage multicultural youth in a positive forum.

The program has been running for 10 weeks and Friday’s visit to Duncan Cameron Reserve was among the highlights.

“It was very important for me to help some of the African kids learn to set goals, actually have goals, try to work as a team, be responsible and have a mentor at the same time,” Qaafow said.

“Most of these kids don’t have a father figure… they don’t really have expectations in life. It was to keep them out of trouble and give them those expectations and have somebody that cares about them, and show them they can achieve anything they really want to.”

The event was organised in partnership with SEDA student Chris Jankovic.