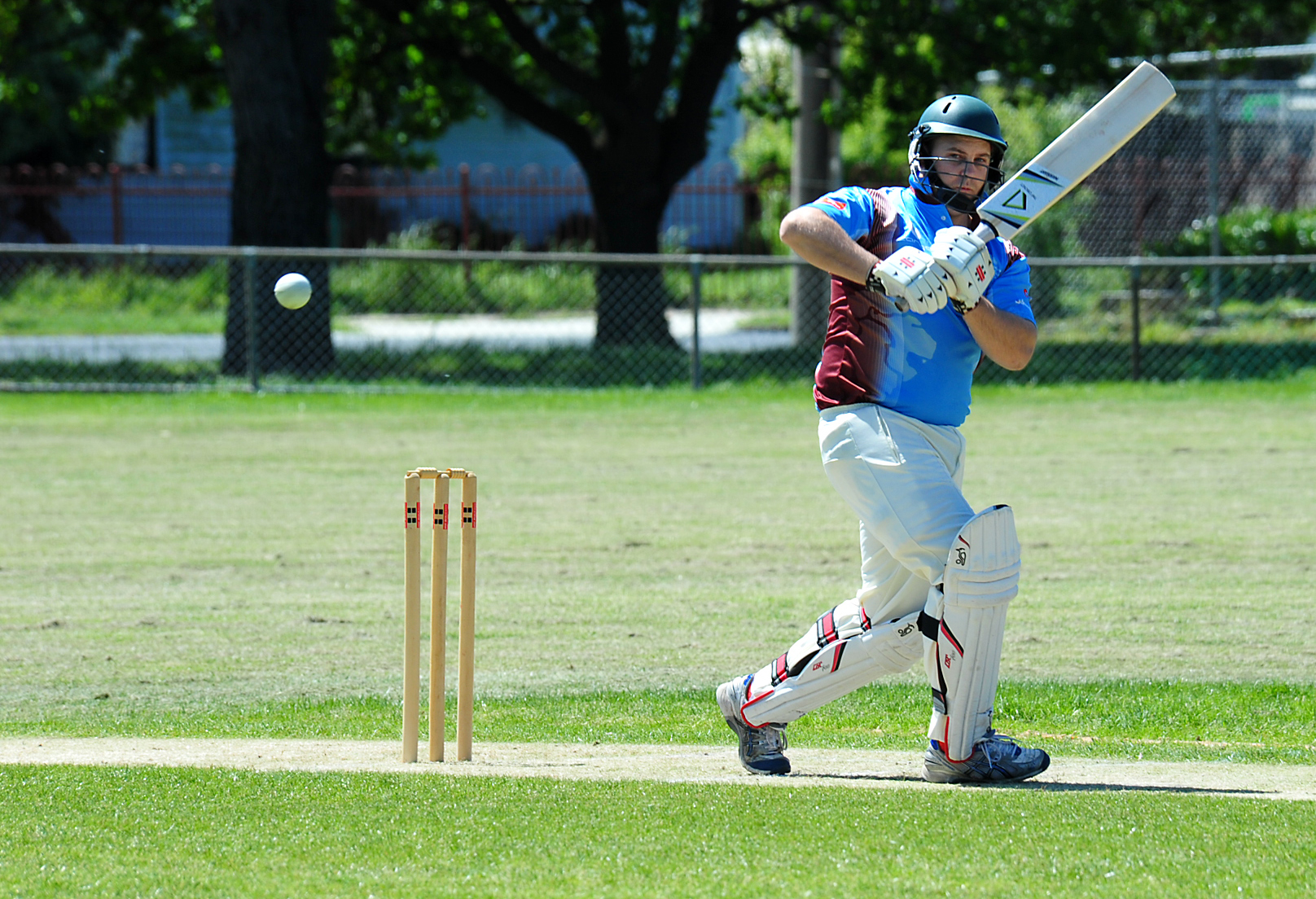 THE start of Neilson Builders Cup two-day cricket saw the first century of the Traralgon and District Cricket Association season scored by star Centrals all rounder Jarrod Allan, who thwarted the Rams with an imperious knock.

Gormandale is just four wickets from outright victory, while Glengarry needs 15 runs to get home against Imperials.

Churchill’s clash with CATS and the Raiders versus Ex Students fixture will be reduced to single day matches with ground conditions unfit for play on Saturday.

AFTER winning the toss Toongabbie skipper John Mayman was happy to have a bowl and Centrals lost its first two wickets for just eight runs. Jarrod Allan and Sam Gray dug in to add 74 for the third wicket before the latter departed for 30.

Mark Rawson (29) and Allan then put on 54 for the fourth wicket as Centrals started to get on top.

A middle order collapse saw the side go from 4/138 to be all out for 184, but not before the tail held firm to help Allan reach his ton.

Allan’s well-compiled 100 not out put his side in a good position on a day that was heavily weighted in favour of the bowlers.

MAGPIES captain Sam Marks won the toss and sent Imps in to bat on a challenging pitch.

Imps dug deep and held on for 55 overs before being dismissed for 77.

Alex Butler (21) and Nick Scammell (19) were the only batsmen to make an impression.

Young Cameron Graham was in good form and claimed 4/8 in 12 overs.

In reply Glengarry faced 25 overs and is 2/63 needing 15 runs to win this weekend.

BATTING first Traralgon West was thoroughly outclassed and managed just 33 runs from as many overs.

No batsman reached double figures in the face of a relentless Tigers attack, which saw Stuart Anderson claim 4/10, Shaun Barbour 2/9 and Adam Brady 3/5.

In reply the Tigers were on a mission and passed the total in the fourth over.

Again Adrian Burgiel was on a fire, cracking two sixes in his whirlwind 40, as the Tigers’ search for quick runs ended in a declaration at 5/ 115 from just 17 overs.

With 30 overs left in the day Traralgon West had to do it all again, and at 5/24 things looked bleak, but a rear guard fight back saw Tim Fitch (27 not out) and Mitch Marino (19) put on 46 for the sixth wicket before Marino fell in the final over.

Shaun Barbour’s 4/21 was best for the Tigers in the second innings.

All B grade games were washed out and scheduled for a one-day game week.

C grade – round one