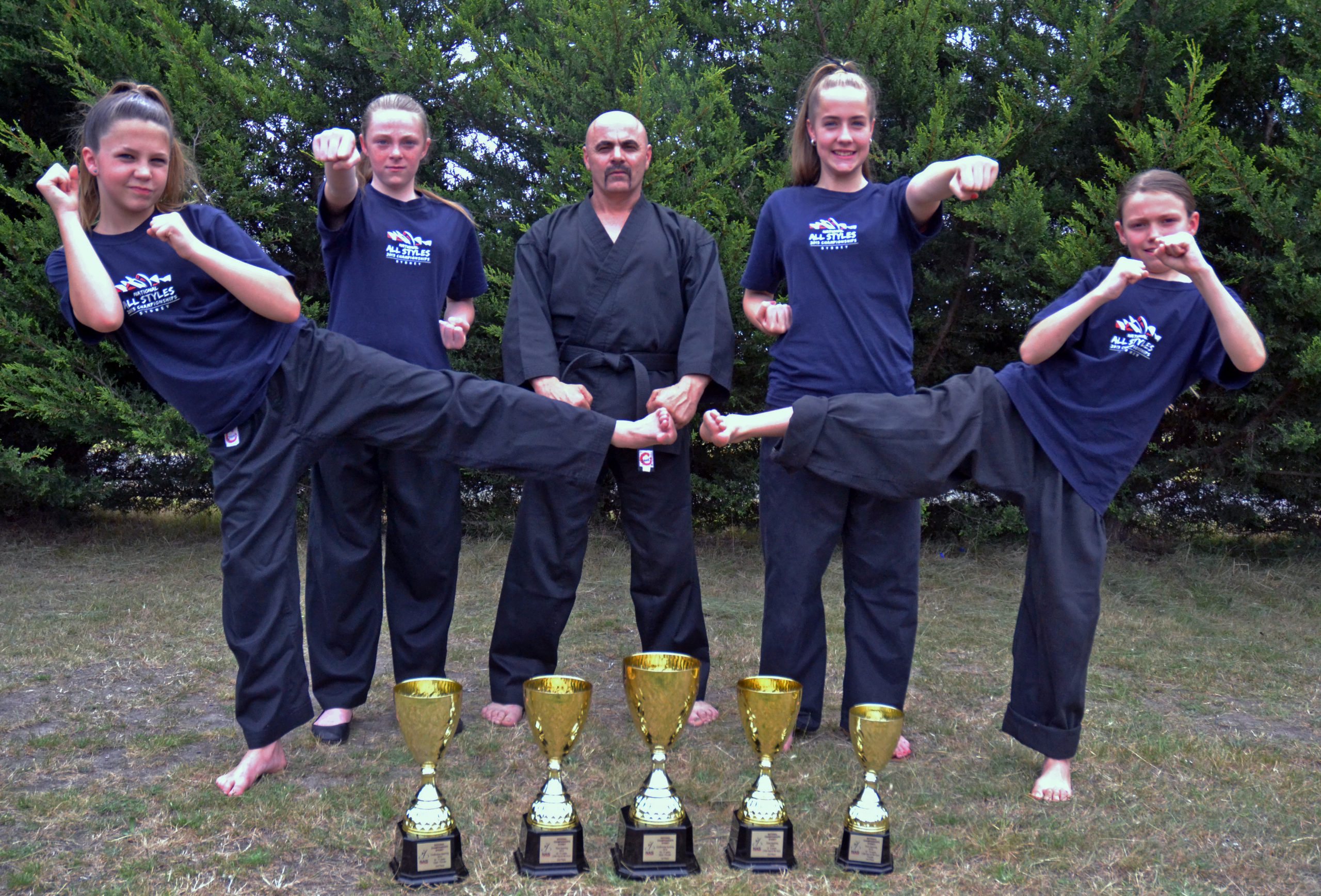 IN just their first year of competition, Tanti’s Martial Artists have returned from the National All Styles Australian championships in Sydney with five trophies and a new national champion in their ranks.

Taylor Robinson won gold in the 10 to 11 years continuous sparring, defeating clubmate Tiara Schaeche in the final, following a tournament performance underscored by a barrage of lethal head kicks.

Taylor backed up her victory with a runner-up finish in the points sparring event, which Tiara was forced out of with food poisoning.

Courtney Schmidt and Alanah Shankland also picked up silverware in the 12 to 14 years and nine years age categories respectively, capping off an outstanding season for the young club.

“From that first year we just blitzed it really,” Tanti said.

“I’m rapt – I didn’t think we’d go this far. I thought – put the kids in, have fun, get to know other styles and meet other kids… but they’ve taken it all the way.”

Ten of Tanti’s students attended the nationals at Olympic Stadium following an outstanding showing at the Victorian NAS, and held their own against higher ranked and more experienced opponents throughout the tournament.

Tanti said the NAS was an opportunity to learn and adapt to a range of martial arts styles.

“You’ve got all different styles, the idea of this is to get the kids to understand the basics of martial arts, which they’ve done already, and develop more kicking ability, technique, katas and all that sort of stuff,” he said.

“Just seeing them from this age, in three years, just growing up, it’s amazing what they can achieve.”