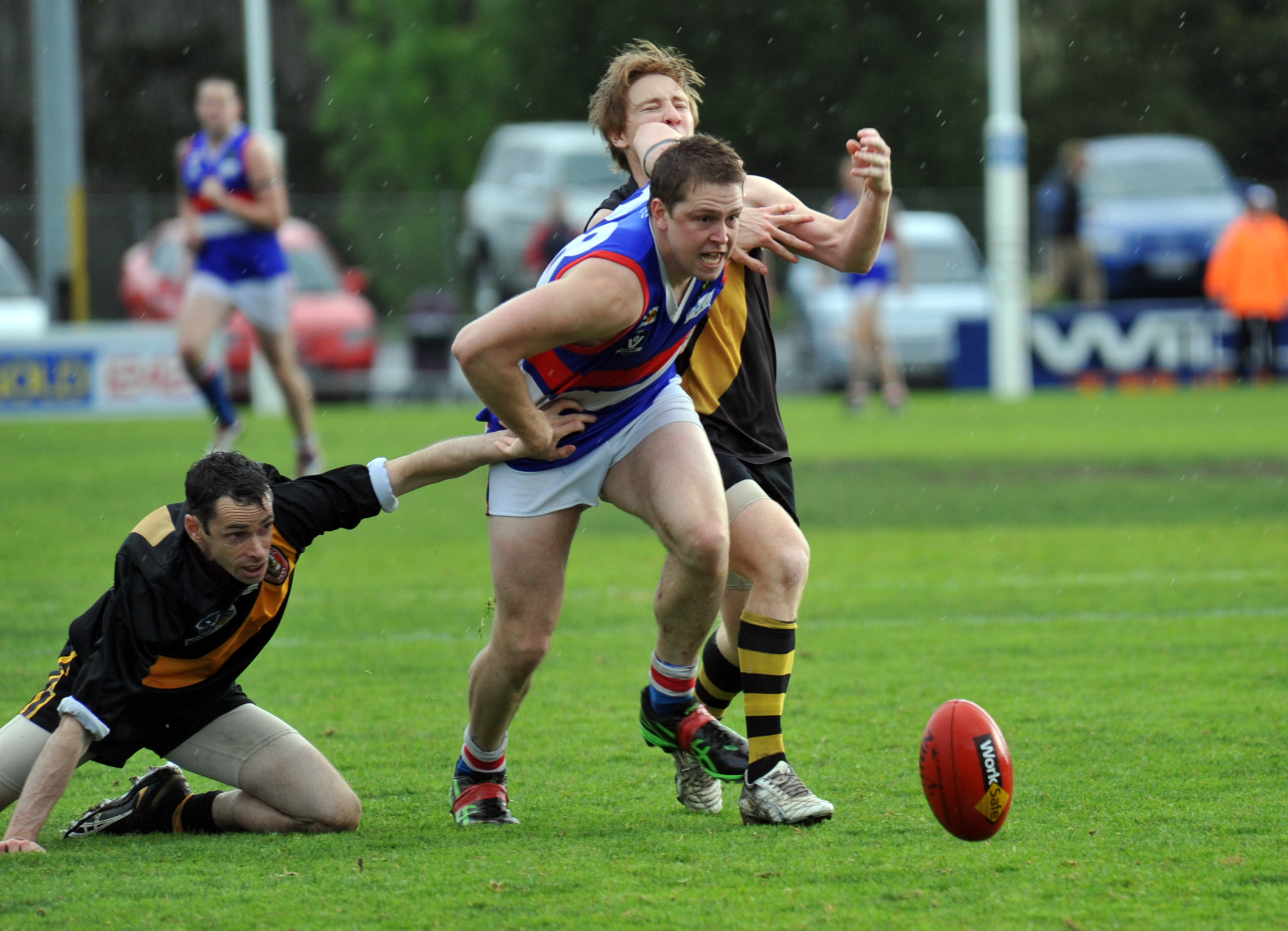 Newborough, under new coach Glenn Michie, is set to pick up the shattered pieces of last season’s grand final loss to Mirboo North when the Mid Gippsland football season begins this weekend.

The Dogs have a renewed interest under their home-grown coach, who has gained valuable experience with Hastings in the Nepean Football League.

In the replay of last season’s grand final the Dogs travel to Mirboo North for round one.

Buoyed by the town’s Central Gippsland cricket premiership, Mirboo North will be keen to keep its reputation intact, while Newborough will go out to avenge its grand final heartache.

Troy Hamilton is again in charge of the Tigers and looking down the playing list there will not be many changes to the team that won the flag last season.

There is some doubt whether the Tigers will be at full strength against Newborough due to a private occasion and retirements.

Newborough has a few players returning, including Daniel Risol, who spent a season with Gormandale last year, and Mick Gelagotis who returns from a stint with Trafalgar.

Mirboo North does not appear to have gained many players, but it has stuck to a youth policy with a few of the juniors coming through the ranks.

The Tigers will still have a strong side, and their match against the Dogs will be a good guide to the remainder of the season.

Newborough has always found it hard against Mirboo North, having only won one of its past 10 against the Tigers, and has not won at Mirboo North in 10 years.

Newborough will give the Tigers a good workout with a chance to break its hoodoo.

In the battle of last year’s cellar-dwellers Yarragon travels to Yallourn-Yallourn North.

Between the two only three games were won last season, and both will be eager to improve on that record.

The Panthers have only won four times at George Bates Reserve in 28 outings.

Yarragon has moved forward and signed up at least 12 players, many who are expected to be senior material.

The Bombers have also had the pen out with eight new signings including new coach David Ivey, the former North Gippsland Football-Netball League golden boot winner in 2000 with Heyfield (111 goals) and in 2004 with Cowwarr (84 goals).

Yarragon has retained Anthony Pavey at the helm, who, after a full season, knows what he has got and what he needs to make the Panthers a competitive side.

However, Yarragon has pulled out of the fourths, which has created two byes each week.

Morwell East is known to be a tough side and going by its off-season recruitment clubs are in for a horrible time against the Hawks.

The club has scoured the land to bring a new list of recruits to the nest including Jack Brown from Morwell, who looks to be the pick of the season, and others from the Gippsland League who will boost an already talented line-up.

However, training numbers have not been impressive.

Morwell East coach Paul Henry has put his charges through a torrid pre-season and is looking for a final four finish.

In the corresponding match last season Thorpdale scraped in by one point.

Rookie coach Nathan Scurrah will certainly face a few hurdles in his debut match against a renewed Morwell East.

The Blues have lost a couple of good players in Melbourne-based duo Ben Carboni and Andrew Slevison, but are sure to pick up players of their ilk. It will be an interesting struggle between an experienced coach and the rookie.

Near neighbours face up and Yinnar is gunning for an early win against Boolarra after good recruiting.

The Demons will not field thirds or fourths and could struggle with depth, but can still put in a worthy game.

Yinnar has lost Josh Swift and Jake Roe-Duggan and an injury to Jesse Bowe will hamper its efforts, but some good pick-ups may balance out its losses.

Boolarra has always had a few top class players and if it fires it will continue where it left off last season.

Sam McCulloch has his charges training hard and is expecting a tough game.

Hill End, under second year coach Phil Town, is expected to put the pressure on a new-look Trafalgar.

New coach Jason McFarlane, who has coached at Gippsland League level with Moe, will take the reins at Trafalgar.

The Bloods were disappointed to miss out on the big one last season, but are prepared to put in the hard yards to gain that elusive chance for a flag.

Inwards and outwards movement have shown very little at Trafalgar with a new batch of juniors ready to make the transition to senior football.

Hill End has had a lean time against the Bloods having lost its past 10 games.

Its last home win was against the Bloods in 1998.

Hill End has had strong numbers and has signed up a few players who are ready to lift the Hillmen to a higher level.

Promising juniors will add to the mix of old and new players and a final five position is not out of the question.