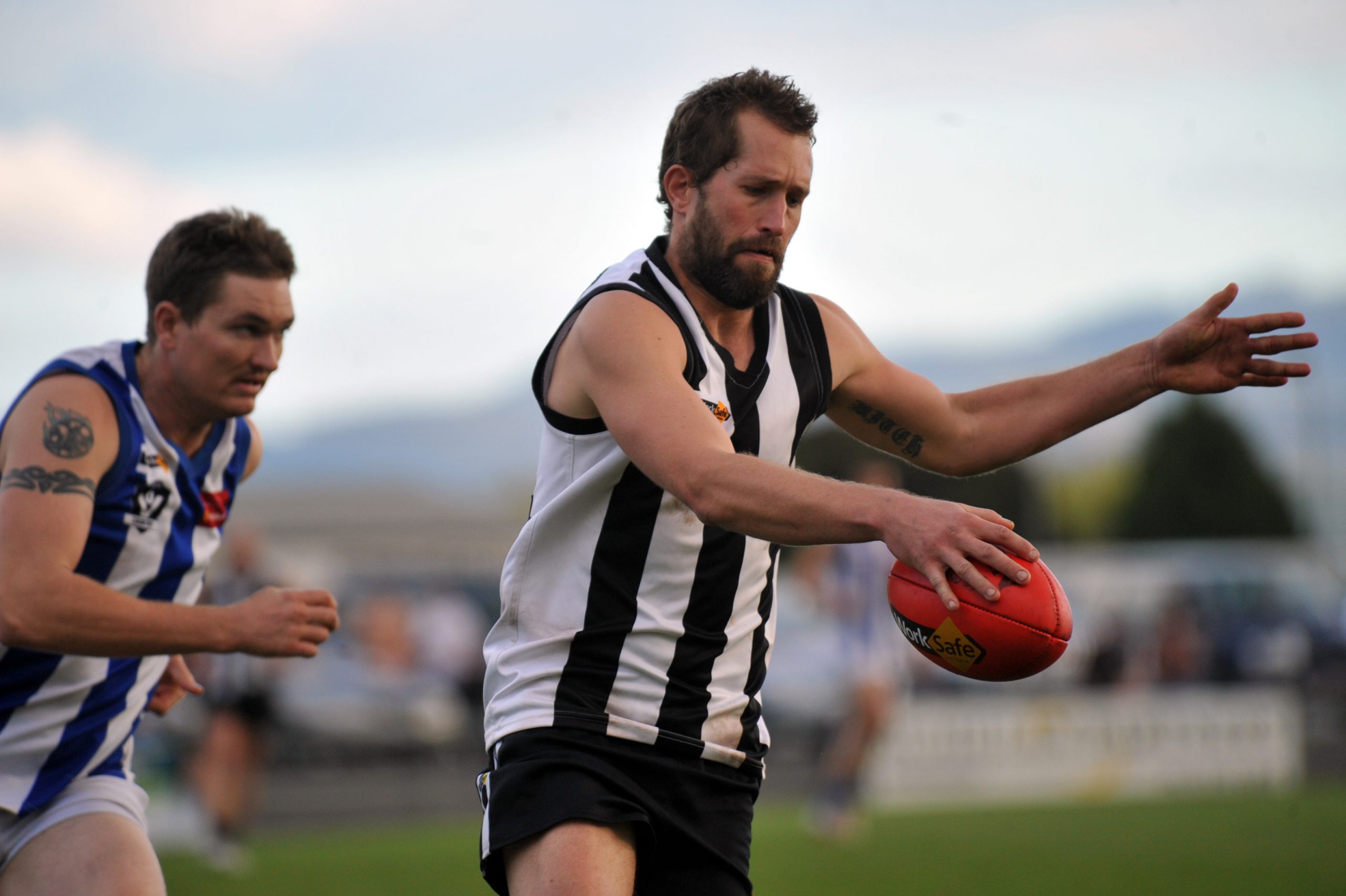 Glengarry will unfurl its hard-earned North Gippsland Football-Netball League 2013 premiership flag ahead of its clash against Heyfield on Saturday.

Magpies coach Ryan Potter is aware his side will be the hunted, with opposition sides set to pay plenty of attention as they take aim at the reigning premier.

Despite the departure of some big names, Potter is confident with a combination of recruits and talented youth coming up the ranks, the Magpies will again be at the top of the pecking order.

“We have recruited well and I think we will repeat last year’s efforts and go back-to-back,” Potter said.

“There is some great talent among the thirds kids who will be sure to push for senior game time.”

After contesting one of the most epic grand finals in recent times, which saw the game enter extra-time after scores were drawn at the end of the fourth quarter, the Magpies will host the Kangaroos this round.

“As a side Heyfield are generally known as slow starters, so it would be great to get a win straight off the bat,” Kangaroos coach Adrian Cox said.

“We don’t know how Glengarry has gone over the pre-season, but we certainly know that it will be a tough game.”

New kids on the block Yarram will kick start a new era in the North Gippsland league with a first round contest against the competition’s biggest improvers of 2013, Traralgon Tyers United.

With his side up and about, Bombers coach Matt Stolarczyk said the players were jumping out of their skin to have a kick, and relished the challenge of playing Yarram first up.

The addition of Yarram to the competition has intrigued many as to what it will bring to the table.

“We had a solid pre-season hitout against Mirboo North, but it is hard to know and judge just how well we will go,” club president Shane Richards said.

CHURCHILL will host Rosedale in a tantalising contest which promises plenty.

Bowing out of the finals race at the expense of the Blues in the do-or-die elimination final, the Cougars, under new coach Allan Chandler, will be keen to brush the disappointment of last season aside.

The premiership window still remains very much ajar for Rosedale after finishing bridesmaids in 2012 and one game out of the big one in 2013.

Coach Nick Leechino was confident the departure of Brad Caldwell, Chris Graham and Jake Power would be covered.

“We have gained equally if not better than the quality of players that we have lost, with Dale Fleming returning and Morwell pair Brandon McConnell and Mitch Marino to have an impact,” Leechino said.

“The first three games are incredibly important to see where we are at; we are ready to field the best side that we can against Churchill.”

Boisdale-Briagolong is aiming to open its campaign with a win against Woodside.

Excited at the prospect of a solid hit-out, Bombers coach Dean Pratt is looking forward to his side’s opening clash.

“Realistically we go into the contest against Woodside seven games behind, we won three games last year and they had a great season,” Pratt said.

“We know that it isn’t going to be easy – this is a two to three-year prospect that we are now building.”

The young pups at the kennel will be out to impress new coach Hayden Burgiel, who takes to the helm of Sale City.

Making it known that he was looking for a new challenge, Burgiel has brought with him a new structure that he hopes will catapult City back into contention.

“The guys are adjusting well to a new game plan, they have all taken it on board and certainly talk of finals is definitely on the agenda,” Burgiel said.

Cowwarr has the bye.