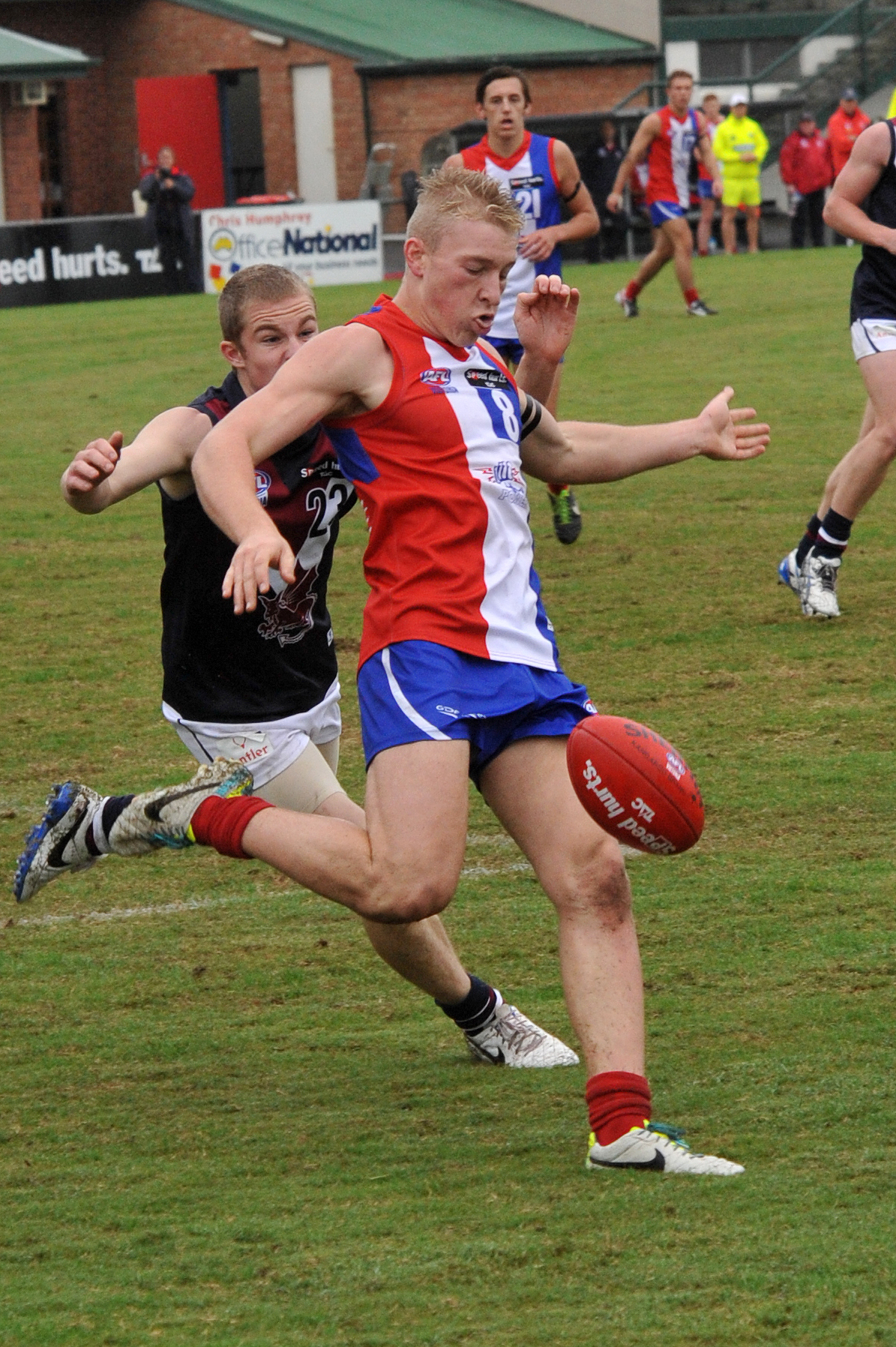 For the second consecutive TAC Cup match, Loy Yang B Gippsland Power wasted a winning position against a competitive opponent, the Sandringham Dragons, with some poor finishing inside the 50-metre zone.

The Power entered the game with Todd Beck, Macklin Raine, and Dylan Proctor making their debuts, Nash Holmes playing his first for this season and Bohdi Walker returning from injury.

Their opponents also had to make many changes with half of the Dragons’ squad committed to school football for much of the season.

It was the Dragons who took the initiative from the opening bounce with a good goal and the Power replied when Nick Argento, Sam Skinner and Jordie Cunico combined with skill and poise under pressure to set up Nathan Dennison for a timely reply.

From the ensuing centre bounce, Alex Carr went long and Michael Jacobsen again fed Dennison to give the Power the lead.

In the later part of the term, the Dragons scored two goals almost against the run of play and punished the Power for some wasted scoring opportunities due to poor finishing and decision making.

By the first change the Dragons led by six points and, importantly, had the all-important momentum going their way for the start of the second quarter.

This fact was reinforced when they goaled early in the term and had the Power well and truly on the back foot.

For much of the rest of the quarter the defences of both sides were on top and goals were hard to come by.

Again the Power wasted potential scoring opportunities with a lack of effective kicking and were then punished when the Dragons again scored two late goals to go to the long break 25 points ahead.

Despite being effective for much of the term, the Power’s problem was wasted inside 50m opportunities.

They had 14 entries for no majors in the quarter to ensure the Dragons’ lead was much larger than it should have been.

The Dragons again scored the first goal of the term and it looked like they were going to blow the Power out of the game.

To their credit, the Power lifted their work rate and began to dominate the match in terms of contested possessions and steely defence.

They consistently pumped the ball up forward, but kicked six consecutive points from this dominance in general play.

A free kick and goal to Josh Dunkley broke the drought after 50 minutes, but the Dragons still led by 19 points at three-quarter-time.

The Power had 12 inside-50 opportunities to the Dragons’ three, but was unable to convert on the scoreboard.

Things began to look good for the Power when they scored the opening goal of the last term after some excellent rebound football by James Jacobsen resulted in a goal to Tate Marsh.

However, the Dragons lifted their work rate and stemmed the flow for the next 15 minutes of the quarter.

Neither side was using their hard-won scoring opportunities effectively and it looked likely the Dragons were going to hold on for a narrow, if unconvincing, win.

However, the Power, to add insult to injury, again let their opponents score seemingly easy late goals to record a much bigger winning margin than they truly deserved.

Three goals in the last few minutes extended the Dragons’ lead to 33 points, but the Power had shown they have what it takes to be so much closer than this performance against good sides.

Leigh Brown and his assistant coaches will continue to work on the development of the side’s all-important self-belief in preparation for their next match against the Western Jets at Williamstown.