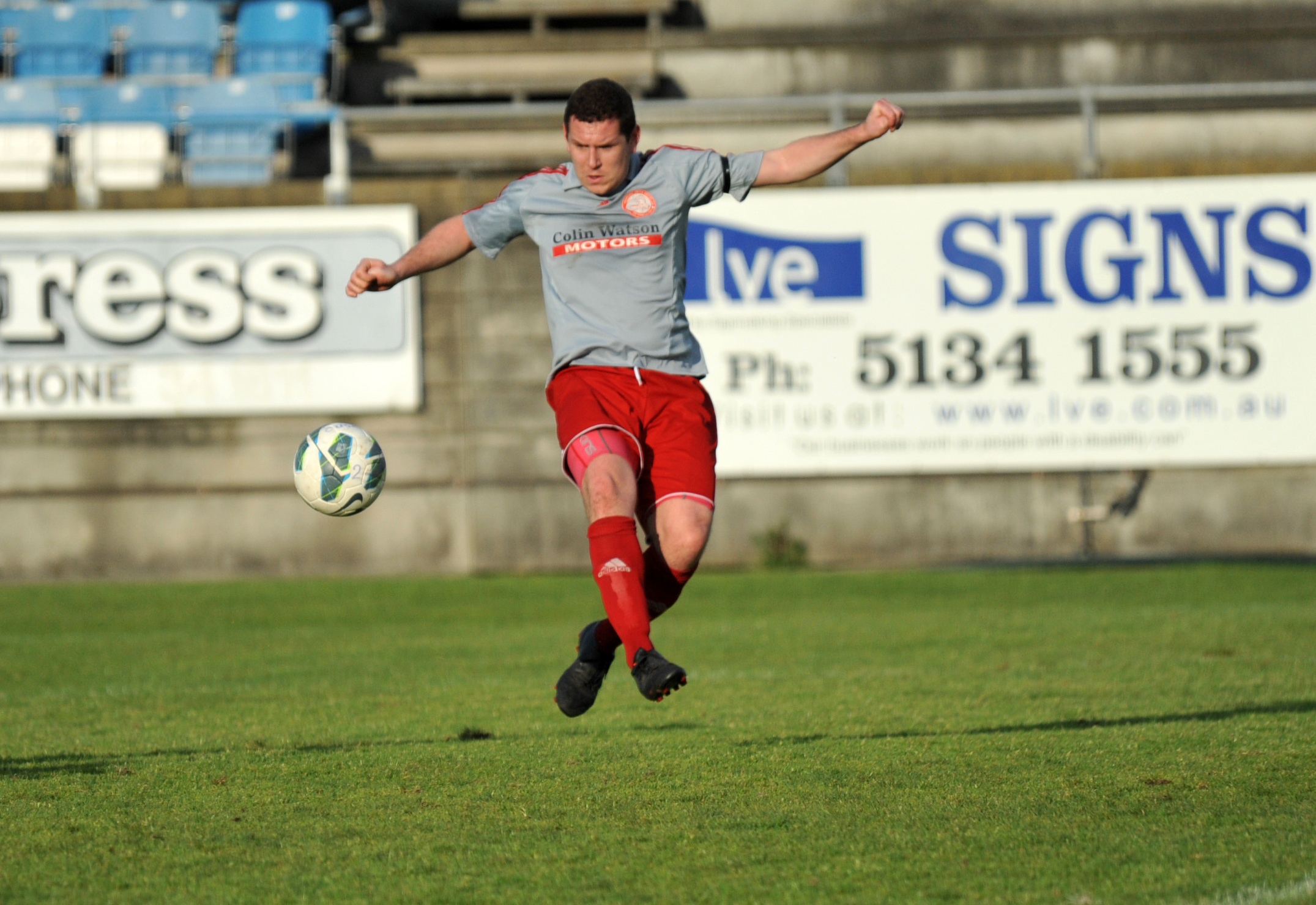 SALE United claimed all three points against Falcons in a scrappy affair at Latrobe City Stadium on Sunday.

Both teams went in with just one loss to their name this season and pressure to keep their records intact.

The home side started the stronger with a number of attacks being cut short by the typically resolute Sale defence, while the Swans looked dangerous on the break.

The breakthrough came in the 27th minute when in form Sale striker Tommy Nguyen stepped up to put a free kick past Falcons goalkeeper Adam Brooker.

Sale began to hit its stride midway through the first half and was rewarded with a penalty when Brooker took down Swans talisman Slade Whitfield in the box.

Robbie Stephen took the resulting spot kick, sending the keeper the wrong way to make it 2-0.

Sale looked to be in until a penalty was awarded to Falcons late in the first half.

A composed Jesse Kennedy got the home side back in the game with a well taken finish to reduce the deficit.

The second half was less dramatic in blustery conditions; Falcons dominated possession, but could not create any clear-cut chances with Sale defending well to see out the game 2-1.

Monash and Traralgon City shared the points in a game of many chances at Monash Reserve.

Tom Bramstedt signalled his intentions early for the home side with a fiercely struck free kick, which was tipped over the bar, as the Wolves came out firing.

Monash took the lead midway through the first half through Bramstedt, who latched on to a ball from Isaac Abas and unleashed a powerful strike that left City goalkeeper Andrew Bell clutching at thin air.

The host was robbed of a second as Bell produced an outstanding instinct save to deny Ethan Lawrence from close range late in the half.

The second half saw the Roosters heat up and they sounded an early warning when Alex Leckey fired wide of goal after a cross from the left.

City levelled the scores 12 minutes in to the half when Ian Edgar produced a moment of brilliance.

Nice lead up work from Conor Van Der Staay and Mark Bruzzese allowed Edgar to cut in from the left and curl his shot into the far corner.

Monash spurned two great chances to score late; Brendan Ruddell beat the keeper but saw his effort headed over the bar and Lawrence was unable to get his shot on target.

Monash keeper Enda Murphy almost snatched a sensational winner with an attempted 60 metre lob over his opposite number who was on the edge of the box, but Bell scrambled back and grasped the ball inches from the goal line.

Fortuna finally broke its Newborough Yallourn United hoodoo with a resounding 7-0 win at home, after several seasons scrambling for points against the Combine.

The game started off tight with a lot of end-to-end action.

Fortuna had the possession, but NYU made several counter attacks and a couple of half shots.

Fortuna’s Josh Tanti opened his account at the 27-minute mark with a great strike.

The rest of the half was an arm wrestle with shots falling to both sides.

After the break Fortuna re-organised and moved new signing Mark Pavich out of the backline and into the midfield.

The home side gained control and soon went on a goal scoring spree.

Joel Pirotta scored on 50 minutes, before Hayden Tanti netted twice in six minutes on 63 and 69.

Josh Tanti picked up his brace four minutes from time and Matt Ross scored another three minutes later from a well-placed free kick just inside the 18-yard box.

David O’Dowd capped off the rout with a penalty in extra time to complete the win for Fortuna.

A late first-half blitz from the Cook brothers, Heydan and John, helped Pegasus to its first central division win over Tyers Lightning.

After conceding early, Pegasus hit back hard before the break with three goals in 10 minutes to snatch a commanding 3-1 lead at the change of ends.

Heydan Cook brought scores level from the penalty spot after being brought down at the right edge of the area, then had his brace moments later with a neat finish to send Pegs ahead.

Brother John chimed in with a strike of his own on the stroke of half-time, as a rampant Pegasus went to the break with all the momentum.

A scoreless second half saw several Pegasus chances sprayed; Heydan Cook did everything but seal a hat-trick as Tyers ran out of legs.

The result lifted Pegasus above Monash into seventh on goal difference.

Churchill turned in a clinical performance to preserve its unbeaten record by thrashing Olympians 4-0 at Harold Preston Reserve under lights on Saturday night.

Olympians proved hard to break down early with their defensive and midfield lines sitting deep to combat Churchill’s attacking play.

The breakthrough came midway through the half after some neat play by Taylor Jackson and Ray Myers teed up Paul Riess, who made no mistake with his close range finish and sent the Rams into the sheds with a 1-0 half-time advantage.

The second half was tight to begin with and saw Olympians attempt to pressure Churchill on the break using the pace of their young attack.

Both sides hit the woodwork early in the half before man of the match Riess, got his head onto a Matthew Maselli corner to make it 2-0.

Myers and Dean Pyle then added to the scoresheet, both assisted by Riess late on to round off a comfortable, if hard fought, 4-0 victory.

The Rams now have a three point buffer over second placed Sale.

The league leader will face a stern test after the bye this weekend, with Moe United and the Swans looming as Churchill’s next two fixtures.

Moe had the bye