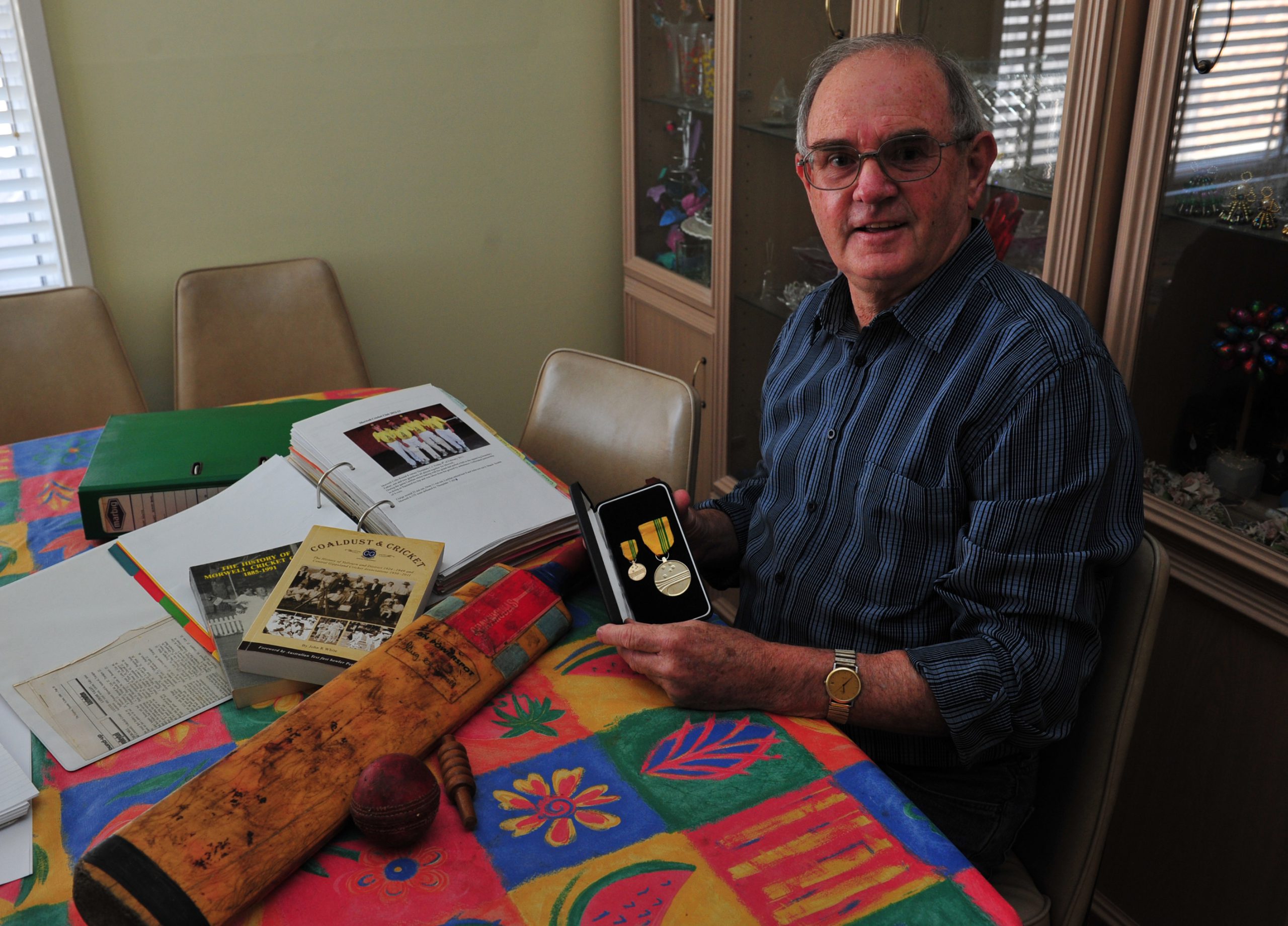 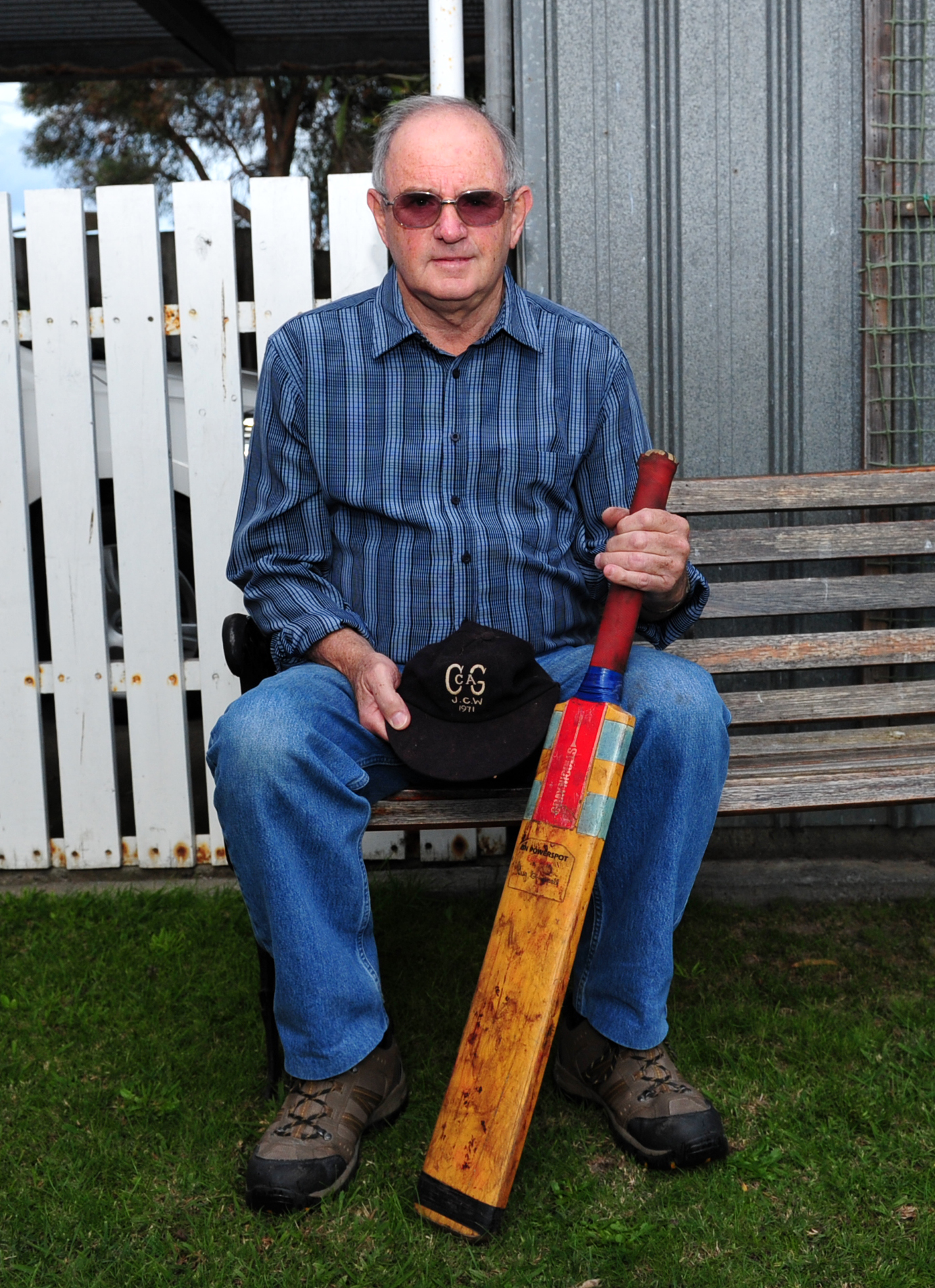 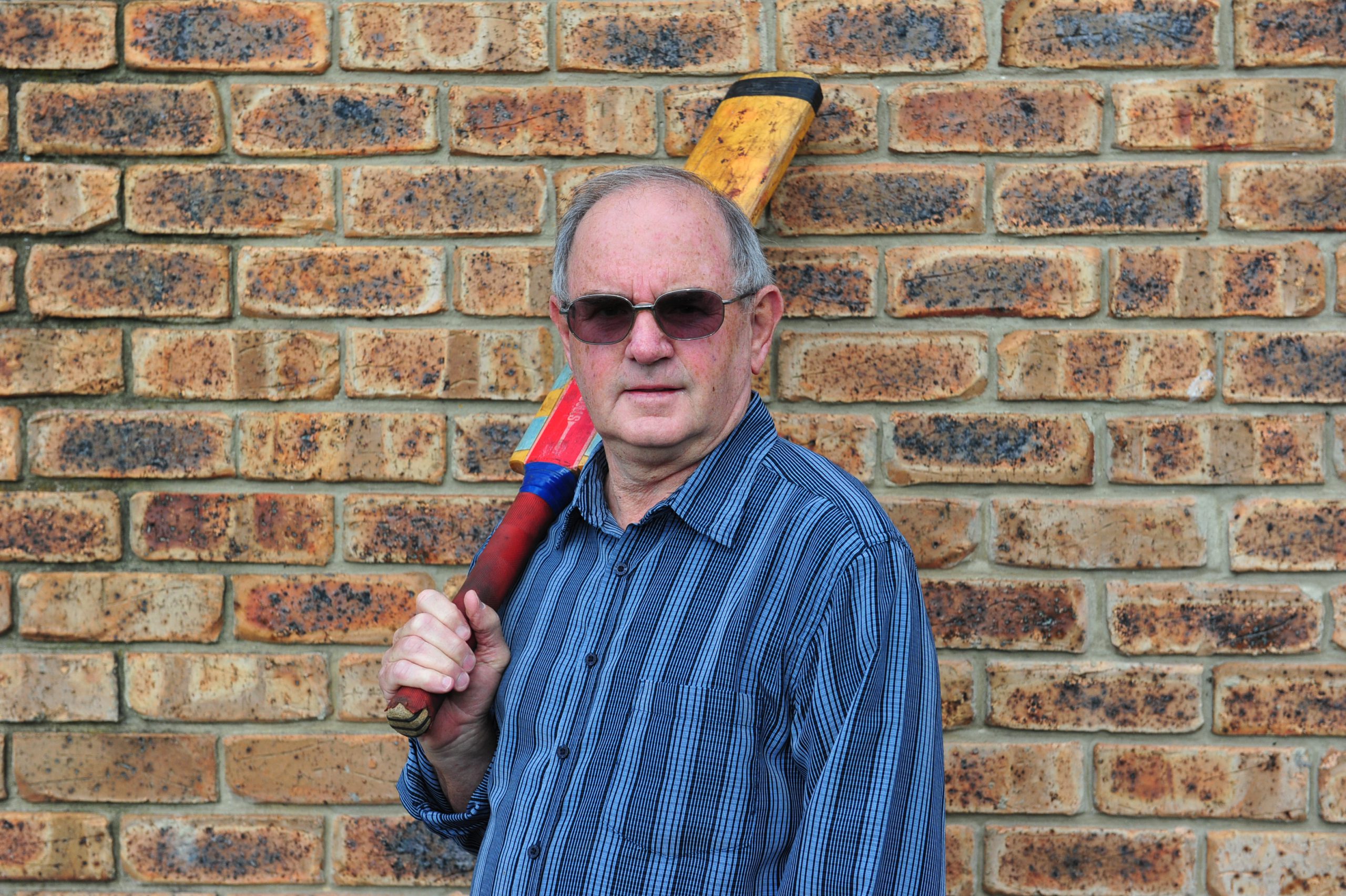 AFTER 52 years as a player, umpire and administrator for the Central Gippsland Cricket Association, league stalwart John White has stepped aside as president.

The 67 year-old was voted into the presidency in 1988, the last season the association held a vote for the position, and recently called time on his tenure.

“I thought it was time… if someone was prepared to take it on I was more than happy to step back,” White said.

“In that 26 years we haven’t had an election… we were able to get someone prepared to take it on, a new face and change of guard and direction… I’ve always been lucky with the board and previous executive, they’ve always been good people and that’s made a tremendous difference.”

White began his cricketing journey aged 15 when he joined Yallourn Cricket Club in 1961.

He graduated to the senior ranks in the 1964-65 season, before marriage and a change of locality saw him join Morwell Cricket Club, where he played out his career.

White remains the only player to score 10,000 runs for the Tigers, but it was his two wickets that he remembers with poignant clarity, one in particular.

His then wicket-keeper proclaimed he would walk from the field should “Whitey” get a dismissal and, when the unlikely occurred, he duly removed his pads and gloves and marched to the boundary rope.

White played more than 500 senior games, won nine premierships, including three in A grade, and scored some 10 centuries.

His final match was a comeback in February last year, when he returned to play alongside his son and two grandsons for Morwell.

“It was good, except my youngest grandson – I was batting with him – pulled a ball to the boundary and went down and fractured his hip, we just had to leave him there until an ambulance arrived,” White said.

“I said to him he couldn’t keep up with his grandad; I was six not out and that was my last hit.”

The veteran cricketer also penned two books, one a history of the Morwell Cricket Club, written to coincide with the club’s centenary, and the other a CGCA almanac titled ‘Coaldust and Cricket’, acknowledged by Bill Lawry and the game’s greatest player, Sir Donald Bradman.

“One of the highlights of my cricket is my book was sent to Don Bradman, and he wrote me a letter about it; when I received that letter I went weak in the knees,” White said.

His services to the game saw him rewarded with an Australian Sports Medal in 2000, and he also received 50-year awards from Cricket Australia and Cricket Victoria.

The CGCA and Morwell life member believes some of his finest accomplishments as president included balancing one-day and two-day games throughout the fixture, introducing new sides to the league, bringing in a Colts competition and seeing the league produce a test cricketer – Peter Siddle.

“Another big improvement in that time is the number of turf wickets we’ve got in the association. We went from about two turf wickets and now we’ve got nine or 10,” White said.

“One of the best things I was involved in was bringing Mirboo North into the association, they were certainly the saviour of this association – a strong club, good club.”

Helping bring in the Peter Siddle squad, which puts 15 cricketers aged 16 to 20 through an intensive year-long boot camp to upskill their umpiring, coaching, leadership and on-field abilities, was another of White’s proudest achievements.

“We may never make another Peter Siddle but those 15 guys each year will be better cricketers,” White said.

In more than five decades of local cricket, White labelled former Yallourn teammate, the late Jumbo James, as the pre-eminent player of his time.

“He was a pretty fierce fast bowler – it was always good to stand in slips to him,” he said.

White’s most memorable match came in the 1975-76 season, when Morwell defended 7/148 against Yallourn to win by one run.

Later in the campaign Morwell tied with Yallourn North in a semi-final, 9/112 each, but progressed to the final based on ladder position, which the Tigers then won by a single run.

Morwell claimed all but one association trophy that year.

Of all his fine innings, it was a 20 scored in St Kilda against a district attack that stands out as one of the best, while he believes this year’s grand final between Mirboo North and Latrobe was the best in the league’s history.

Moving forward, White believes a merger between the CGCA and Traralgon and District Cricket Association is the next step for Gippsland cricket.

“I still believe that an association with Traralgon and Central Gippsland would be the way to go in the Valley,” he said.

“I think it will happen eventually and it will be a strong competition.”

As for the CGCA, White reckons the league is headed in the right direction under new president Tony Flynn.

“Things are starting to look brighter for us; last year we had Thorpdale enter the A grade competition, this year it could well be Newborough and Jeeralang Boolarra,” White said.

While he will continue to umpire locally, White’s cricket journey is fast coming to a close, but the memories will last forever.

“I’ve made a lot of friends – one of the good things in sport is the people you play against. On the field it might be hard, but afterwards you have beer with them and make a lot of friends, friends for life,” he said.

White said his extra time would be devoted to his four grand children and producing his steel artworks, one of which – a great metal eagle, won first place in the Tyers art show.