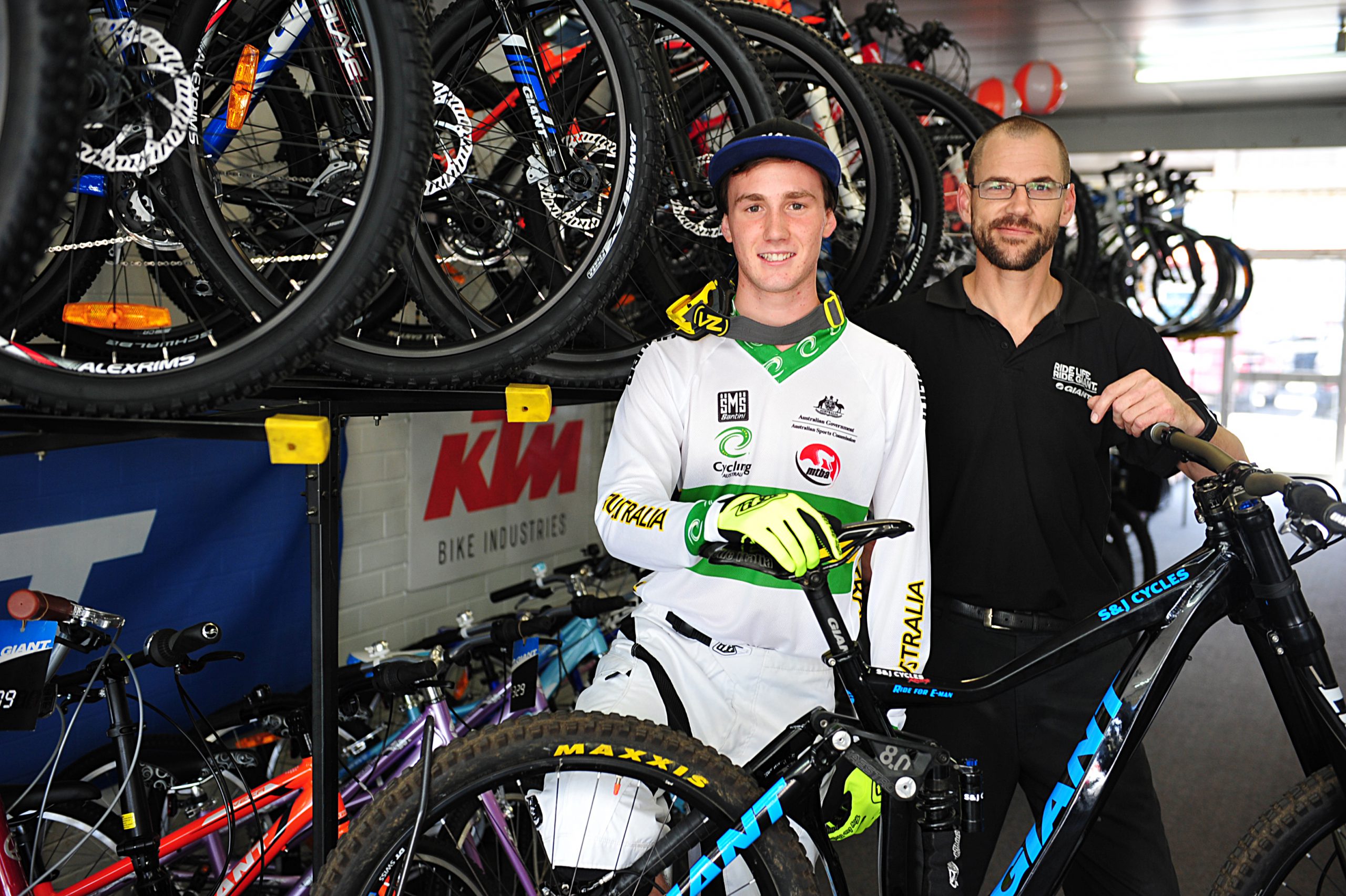 DRU Berryman’s debut in green and gold may have been short lived, but a little taste of the international circuit left the Traralgon downhill mountainbiker hungry for more.

The 18 year-old was selected to represent Australia at the junior Downhill World Cup in Cairns last month as pick number one based on testing at the Australian Institute of Sport.

However, a broken collarbone on his second practice run sustained when another rider cut in front of him ended his national debut prematurely.

“It was pretty good (representing Australia)… in the one run. It’s good to stand out, some of the other countries only have a couple of riders whereas Australia has always got a full team,” Berryman said.

No stranger to stacking it, Berryman toughed it out to help the team off the bike throughout the meeting and learned through observation.

“I just hung around with the team, that was about all I could do; I went up and kept times, went to the gates with everyone and took back their top layers and that kind of stuff,” he said.

“It was good to see what it’s like at international competition; see how many people there is and how serious it is.

“I’ll definitely do it again next year, I’ll aim to get there.”

A member of Shane Dunn’s S&J Cycles team, along with Newborough’s Lachie Gibson, Berryman has enjoyed one of his best seasons to date on the state and national circuit.

He finished fifth in the Victorian titles after missing two rounds while attending an AIS training camp, and second at the state championships despite coming off on the final corner.

The Andrew Crozier-trained rider also qualified around the fifth fastest mark in three national events, with a best finish of seventh place overall in round two.

With goals to represent his country again next year, Berryman will graduate from under 19 competition to the ‘elite’ open class when he returns to racing in about two months.

“You race against people that are winning at World Cups,” he said.

“Instead of aiming for wins probably aiming to finish top five at state level and aim for a top 10 overall for nationals.”

The ambitious rider began his downhill journey aged 12, with a simple plan to “see how fast you can go” and has been part of the scene ever since.

Utilising other wheel sports, such as motocross, cross country and road cycling, for cross-training, Berryman said his love of the sport went beyond racing.

“I just love getting out of town and into the hills, everyone in the cycling community is always real friendly and it’s always fun. I always found other sports a bit too competitive,” he said.

“Once you… drop from the gate it gets a bit serious, but you get to the bottom and everyone’s mates.

“I ride alone or with my coach Nick King at races, but usually when I’m home it’s always just with mates… it’s awesome.”

While he is prone to coming off the bike, injuries have been minimal, with breaks to his wrist and both sides of his collarbone the only serious ones to date.

The crashes, however, are always spectacular, and half the thrill.

“They’re all pretty big, you don’t crash unless you’re crashing hard,” he said.