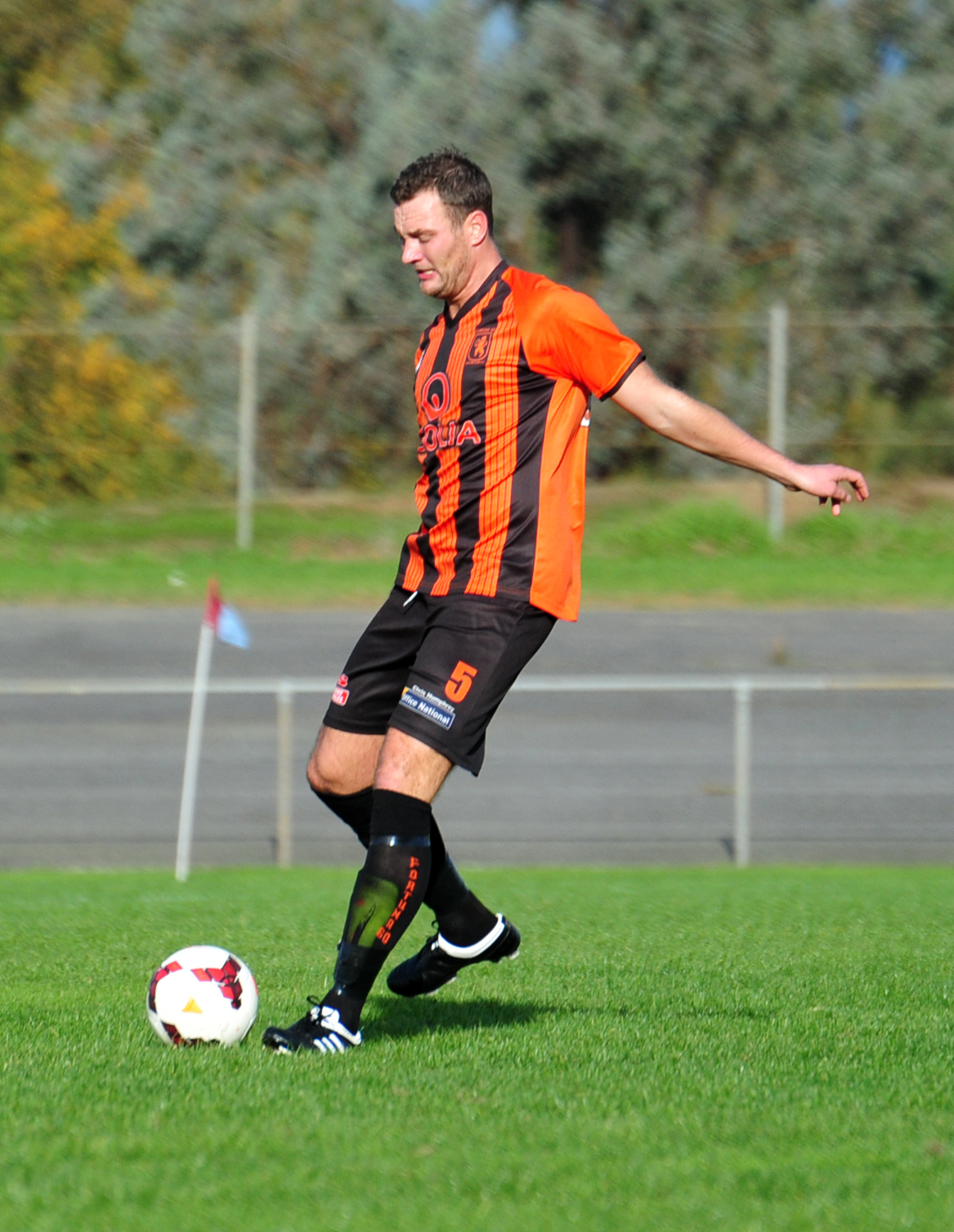 Falcons hosted Fortuna in the local derby for the Italian Australian Club Challenge Cup on Saturday night, in the first game on the revamped main pitch at Latrobe City Sports Stadium.

This cup has been played for 14 years since Falcons became a full club in the Gippsland Soccer League.

Falcons has never won it and went in with confidence that this year was its best chance to date.

The home side came out firing right from the start, playing long fast running balls deep into the wings of the main pitch.

Fortuna’s defence held solid until Falcons received a free kick at the 30-minute mark just outside the 18-yard box.

A well-placed strike was stopped by Fortuna keeper Jason Collins.

Fortuna then stepped up another gear and pressed hard for a goal.

The visitor was rewarded at the 39-minute mark when Hayden Tanti ran the ball through Falcons’ defence, taking on several players, and put a well-placed shot away from the keeper.

Falcons custodian Adam Brooker could only get fingertips to the ball and it rolled away from goal, but Joel Pirotta followed up and neatly placed the ball into the goal for Fortuna’s first.

Falcons regrouped and on half-time received another free kick directly in front, just outside the 18-yard box.

Again Collins was up to the task and stopped another well-placed shot to keep his side ahead.

After the break Falcons pressed hard but Fortuna’s defence was rock solid, not allowing any shots at goal.

At the 65-minute Mark Tanti again broke away down the wing and put a ball across the front of goal for Mark Pavich just inside the box, which he rocketed past Brooker to make the score 2-0.

Falcons pressed the defence but could not break it as Fortuna retained the cup.

The sides entered the match in second and third spot respectively and eager to keep the pressure on ladder leader Churchill.

In a fast paced first half, Moe looked to take control of the game, but was reduced to long balls as Sale remained well structured and disciplined in defence.

Swans keeper Chris Richardson was up the task on the few occasions Moe broke through.

The best chance of the first half fell to Moe when it was awarded an indirect free kick just outside the six-yard box.

The resulting shot was taken by coach Lee Dastey but it was blocked on the line by a number of Sale players and the half finished an even 0-0.

Right from the second half whistle Sale increased the tempo; Moe still had its fair share of the ball, but Sale’s spread was giving the Red Devils problems in defence.

As the half progressed the game looked destined for a 0-0 draw, until Nathi Khamchom stepped inside his defender to rally home a top corner shot, leaving the keeper with no chance.

Sale flooded numbers back for the last 10 minutes and defended the game out well.

LATE drama ensued as Monash grabbed a last gasp share of the points in a 2-2 draw with Pegasus at Monash Reserve.

The visitor took the lead early after a left side raid and poor clearance fell invitingly for Heydan Cook, who lashed the ball home from 18 yards.

Monash was able to square the ledger soon after when Ethan Lawrence’s 25-yard pile-driver took a deflection on its way into the far corner for his sixth of the campaign.

The game was played at a frenetic tempo, with both midfields battling for ascendancy and neither able to get the upper hand as they went into the break tied.

The flying Horsemen were given the opportunity to take the lead back midway through the half when Heydan Cook was hauled down inside the area.

He made no mistake from the spot to send Pegasus 2-1 up.

Paul Chircop was introduced for ex Wolf Dustin Moos as the visitor looked to batten down the hatches.

The plan appeared to have failed when Monash was offered a lifeline penalty after Shawn Lawrence was barged over in the box from a corner.

The midfielder stepped up, but his tame effort was saved by Leon Cook.

Tempers flared immediately afterward; Lawrence was left bloodied on the turf and the ensuing melee saw Shawn Lawrence and Leon Cook given their marching orders.

With time ticking away Monash pushed everyone forward for a corner.

The in-swinging effort from Brendan Ruddell evaded everyone including the keeper to give the home side a share of the spoils.

CHURCHILL was again involved in a high scoring fixture, this time against Traralgon City.

The Rams were pushed by a young Roosters outfit, but came away with the spoils 4-3.

Dean Pyle, Ray Myers, Taylor Jackson and Paul Riess all netted for the Rams, while Dau Meyen bagged a double for City and Emmanuel Askew also hit the target.

Prior to the last two rounds Churchill had conceded just once for the campaign, but now has 10 against its name following a pair of free-flowing fixtures.

Despite the leaks, Churchill remains unbeaten at the top of the heap, four points clear of Sale in second place.

The result leaves both sides locked on five points each.

The GSL will have a week’s break for the Queen’s Birthday long weekend, before returning to action with Battle of Britain quarter-finals next Wednesday.