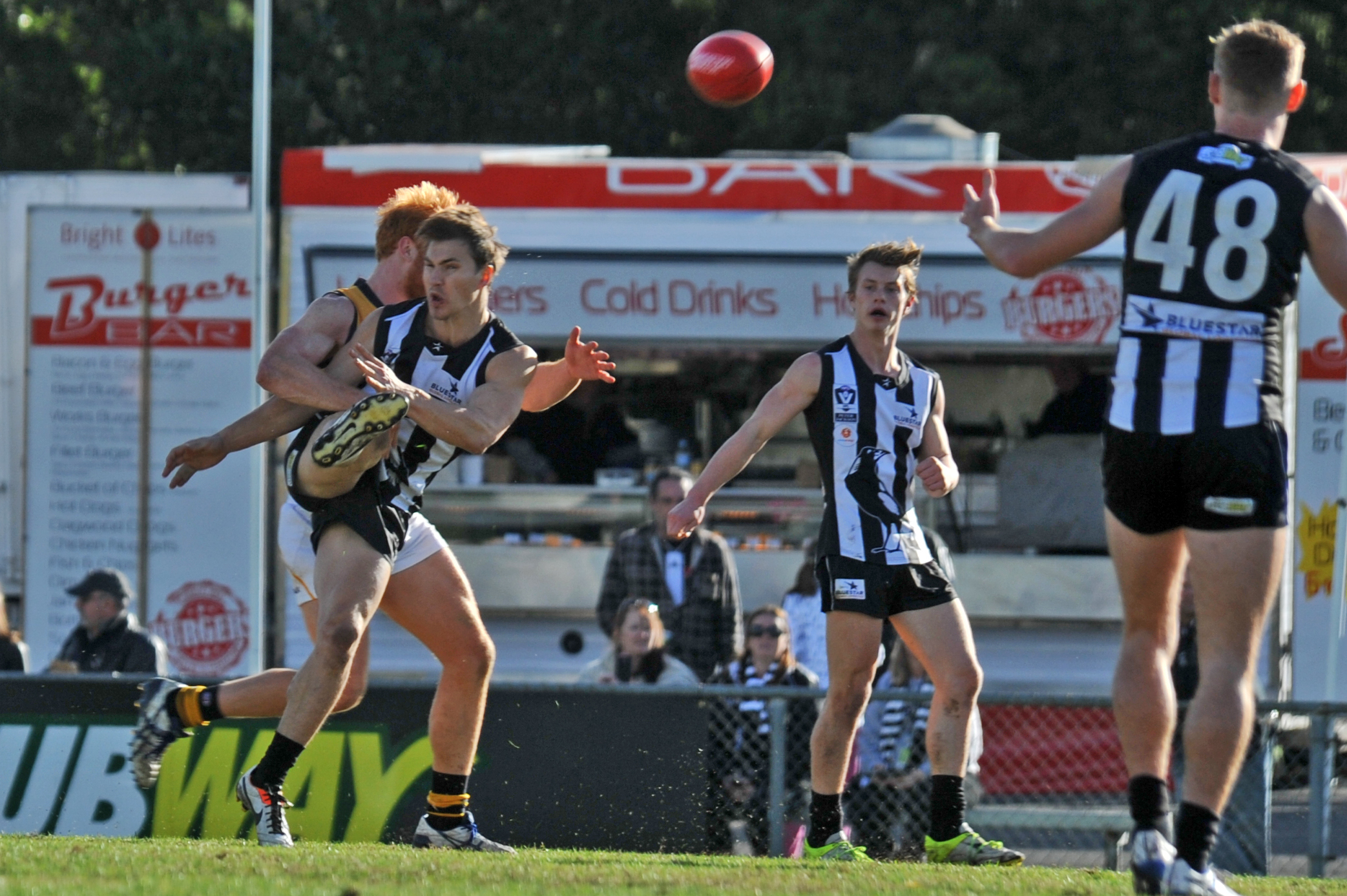 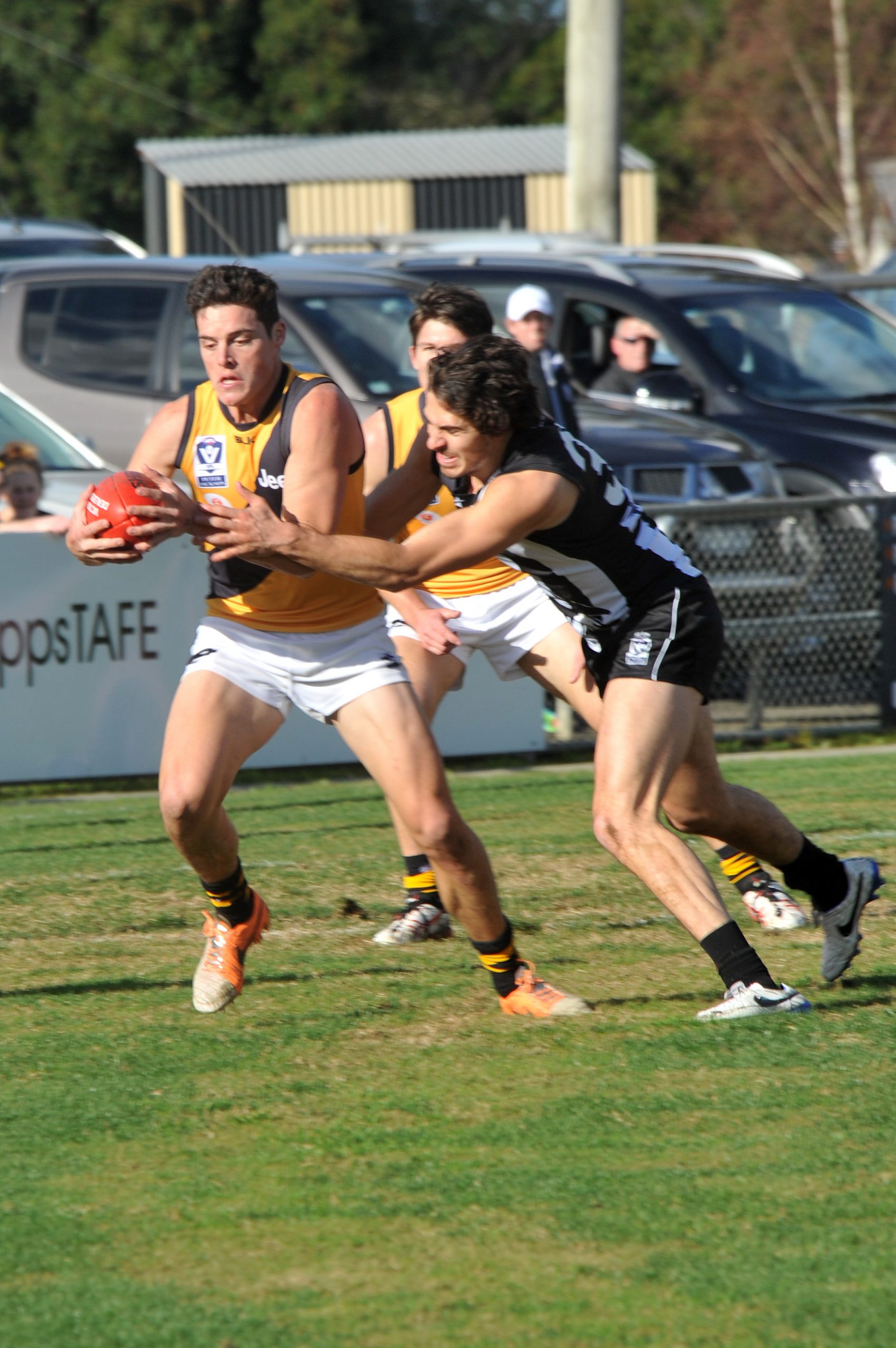 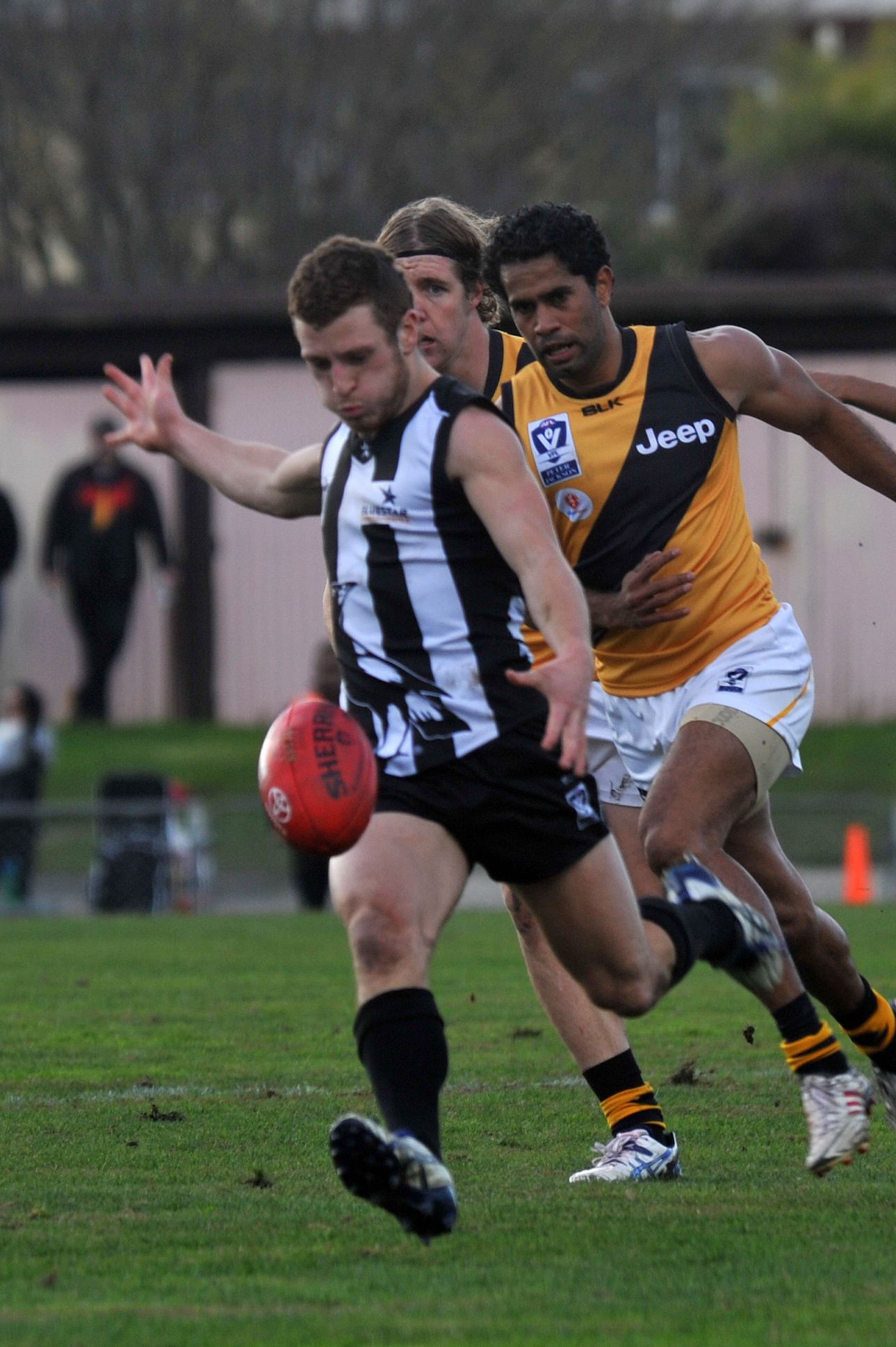 TWO of the Latrobe Valley’s best supported football clubs put on a show for their regional revelers on Saturday, when Collingwood collided with Richmond at Morwell Recreation Reserve.

Some 1500 patrons braved a gloomy forecast to witness the VFL encounter, which featured Gippsland League’s own Ryan Pendlebury in a Magpies side coached on the day by Morwell 2013 premiership player Tarkyn Lockyer.

The black and white faithful walked away with the result, but the Richmond army was also out in full force with stalls and a post game function in full swing.

Morwell Football Netball Club president Wade Presley said the event ticked plenty of boxes, and hoped it was a sign of things to come for the region’s relationship with AFL and VFL franchises.

“It will be good to build on that and possibly host another one, but we probably need to do a bit more groundwork (next time),” he said.

Presley said he would like to see more AFL and VFL involvement in the region, taking a lead from the round ball code.

“It’d be good to see an AFL club take a bit of ownership down this way, like Melbourne City the last couple of years,” Presley said.

“They’ve brought practice games down here and held training days and all that sort of stuff.

“They recruit a fair bit from out of this area so it would be good to see them come down and do a bit.”

Presley said he was hopeful of bringing more marquee games to Gippsland in the future.