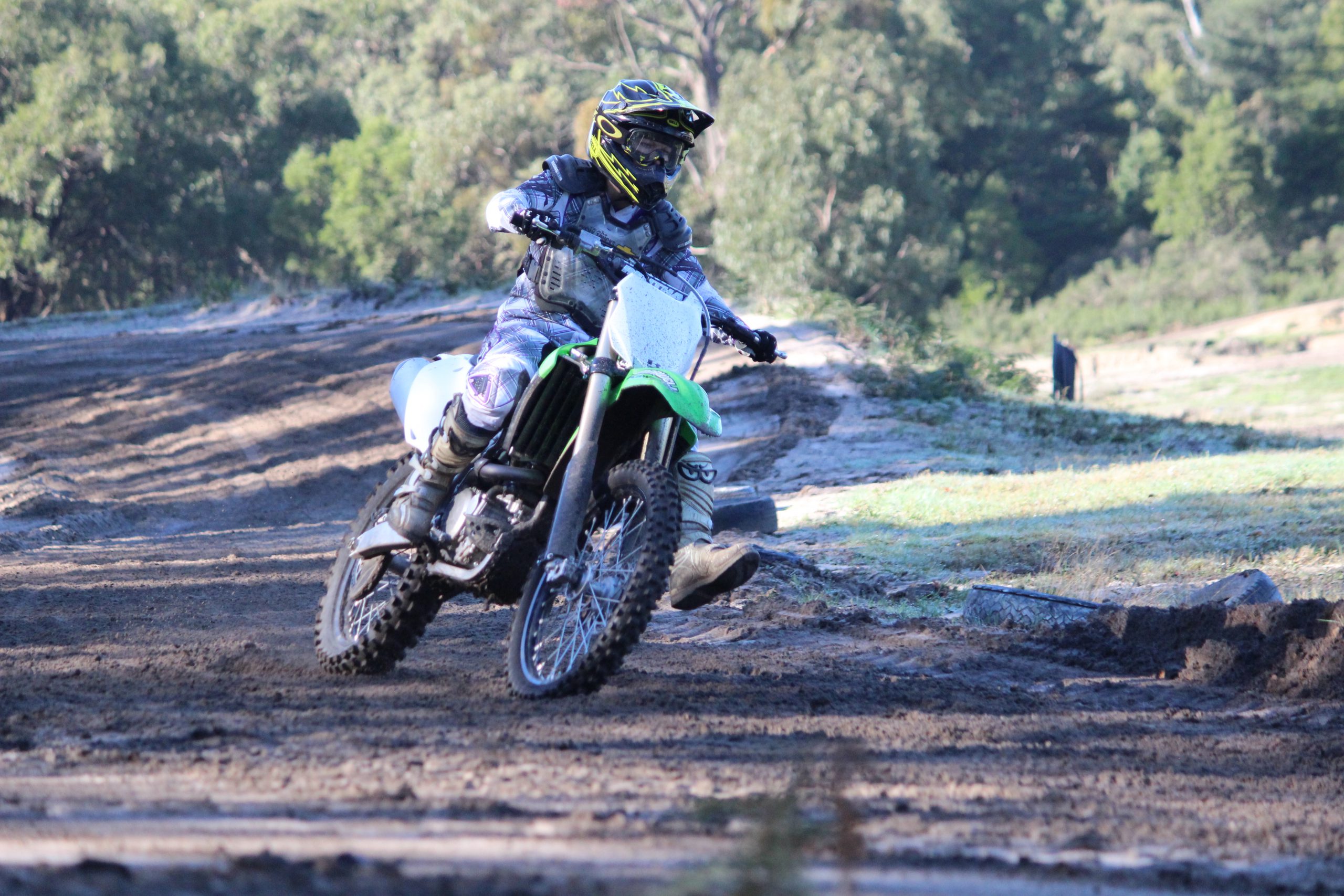 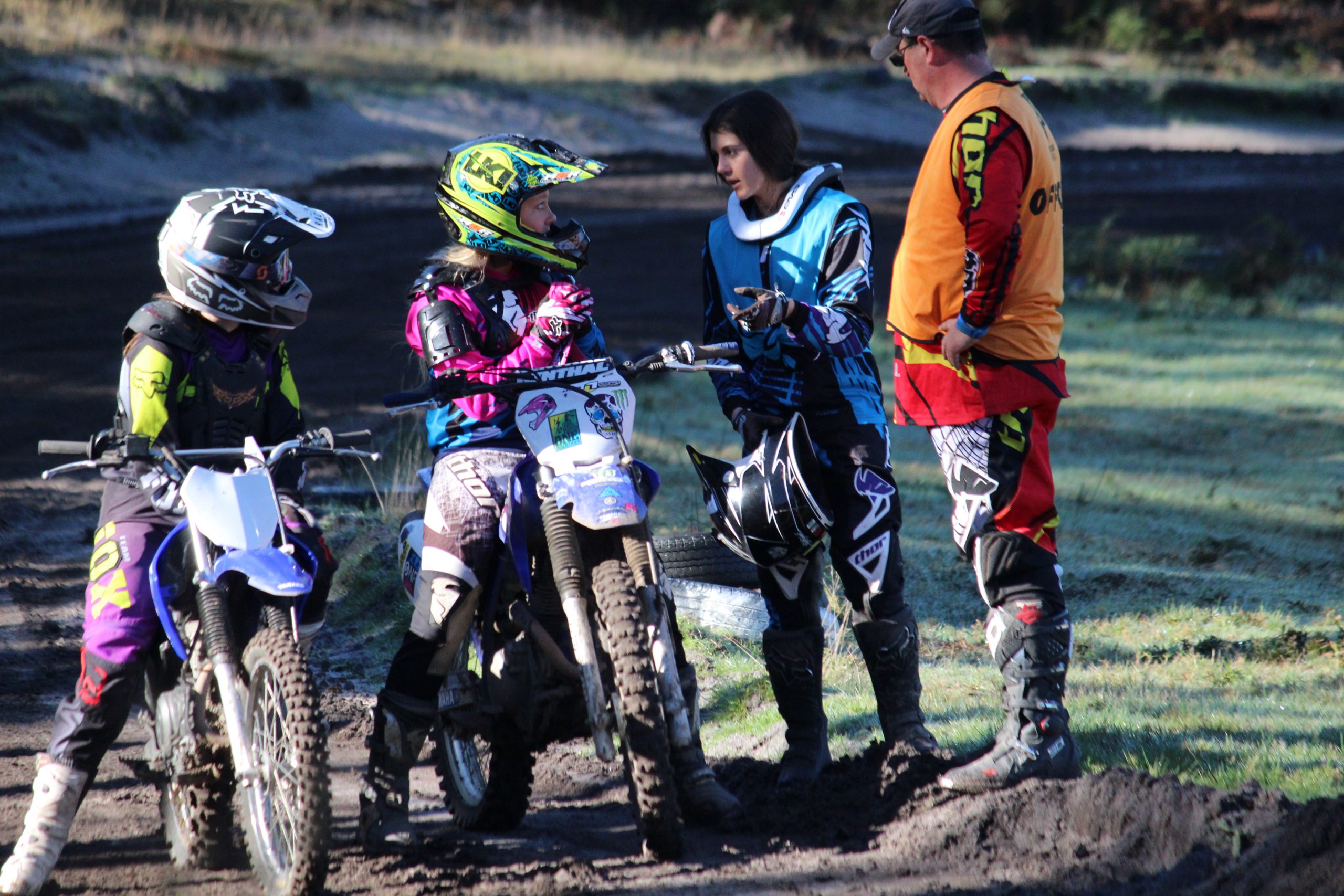 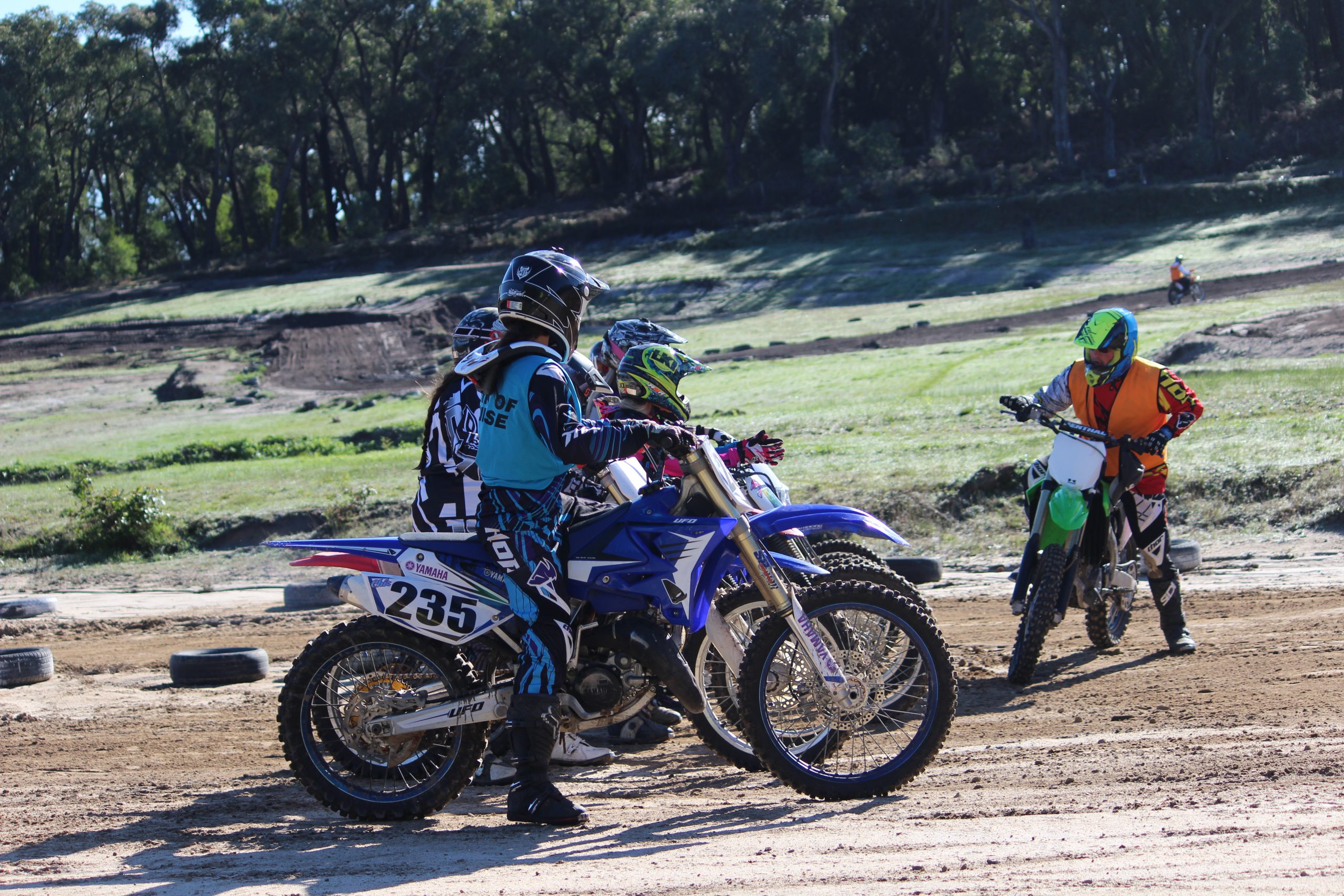 About 23 women attended the motocross clinic, which offered a learning environment free from the pressure of keeping up with male riders.

Club coach Mark Ludlow said the participants’ confidence skyrocketed throughout the day, culminating in a moment of absolute triumph.

“There was no pressure on the girls, I took the girls out the back to go up this hill and I said to them ‘if you want to go up no problems, if you don’t no problems’,” Ludlow said.

“Two girls made it up the hill and two got halfway… it was a confidence thing, they thought they couldn’t do it.

“One of the girls got halfway, we put her back down the hill and she had another crack at it and when she hit the top the whole of Traralgon South heard about it.”

Coaches, including newly accredited female coach Olivia Chisholm, put the girls through their paces in a series of drills focused on balance, technique and cornering.

Citing marked improvement over the course of the day across the board, Ludlow said the course was well-received.

“The girls got a lot of enjoyment out of it… it was just more confidence building and fine-tuning their riding style,” Ludlow said.

“They found it really easy because there wasn’t blokes whizzing around.”

Currently in its third year, the program seeks to promote motorcycling to female audiences as part of a healthy lifestyle push.

“(Days like this are) absolutely vital to what we’re trying to achieve, it’s really encouraging to see a club pick up something like that, it’s pretty much the message we’re trying to put out there about being welcoming and inclusive of women,” Thomas said.

“It was so good, it was very well organised and very well run. I saw the girls improve during the day, everyone left with a big smile on their face… absolute credit to the club.”

Thomas said while motocross was still “very much a boys’ club”, training days like this helped reduce barriers to inclusion.

Thomas cited examples of women quitting the sport after being cut off by male riders as an endorsement for the female only format.

“A lot of girls are intimidated or too scared to come along and have a go, that’s why days like this at Traralgon – it’s really important to have that opportunity… without the guys,” she said.

The club, renowned for its junior development, held the day following an enquiry from local female rider Leanne Mansfield.

TMC will host another female only training day on 14 September.