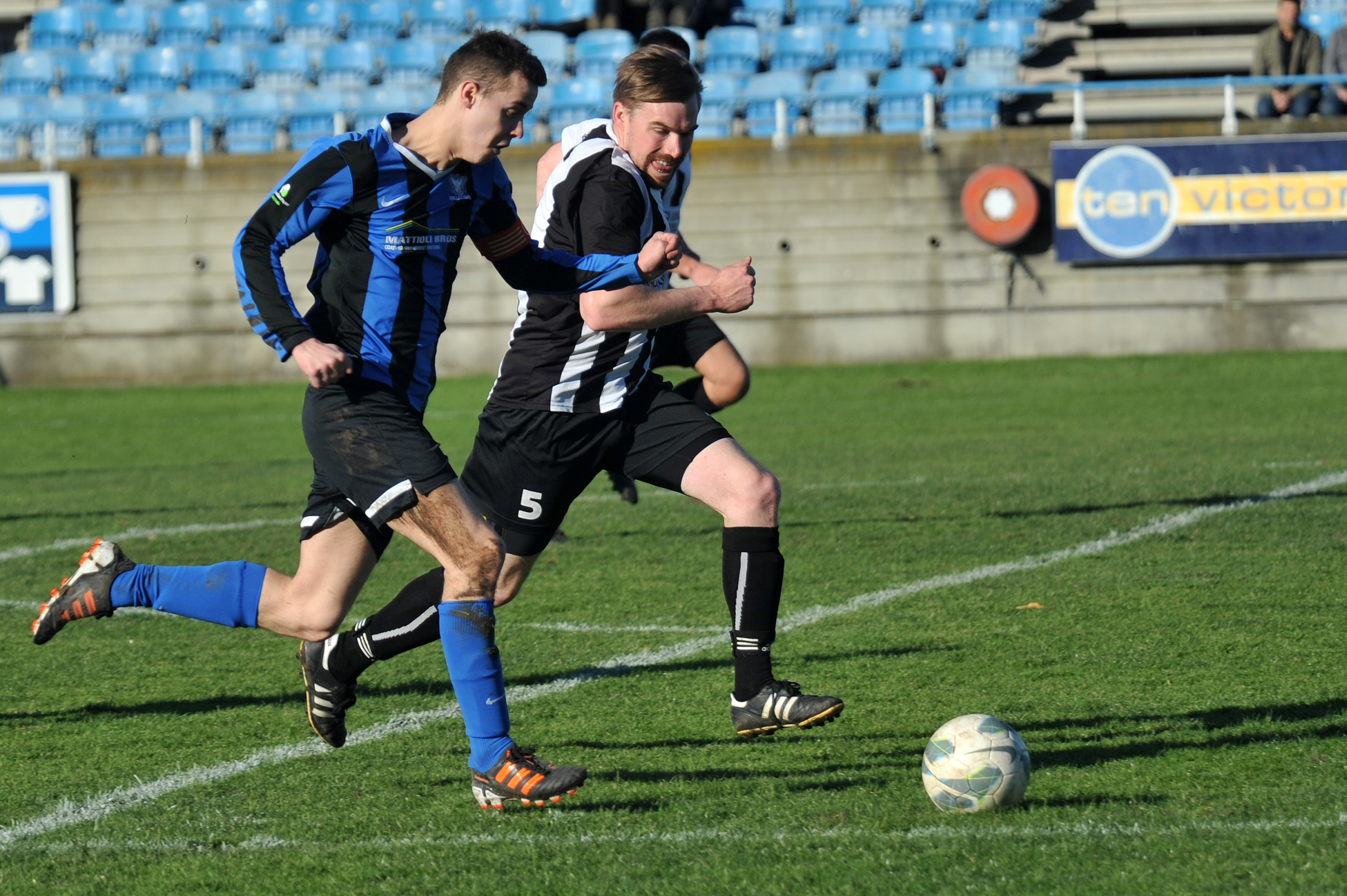 A SECOND half hat-trick from Liam Johnson secured three points for Falcons over Traralgon City at Latrobe City Stadium on Sunday.

Scores were locked 0-0 at the break, before Johnson’s heroics took the game away from the Roosters and set up a 3-0 victory.

With a run home of Tyers, Newborough Yallourn United and Fortuna, Falcons (31 points), looks set to mount a serious challenge to Moe United (34) and Fortuna (32) for third position.

The loss leaves City with a fight to fend off Monash in the battle for sixth and a finals berth.

City is one game clear of the Wolves, but has a bye and Churchill United to contend with in the final two rounds.

AFTER holding out for a half, Traralgon Olympians conceded thrice in the second 45 minutes to drop the points at home against Sale United.

The Swans’ grip on second may come under fire in the latter stages of the season, with a bye, Churchill and Moe United in wait to close out the campaign, compounded by the entire top five holding a minimum two games in hand on the green machine.

IT was a goal-fest at the Wolves’ lair as Monash put half-a-dozen past Tyers Lightning to win 6-3.

A frenetic first half saw six goals scored, with Monash holding a 4-2 advantage at the break.

Ethan Lawrence was the catalyst with a hat-trick, complemented by a Brendan Ruddell brace and a George Fkiaris strike.

MORWELL Pegasus battled back from an early 2-0 deficit to share the points with the visiting Combine.

Adam Batt and Shannon Buhagiar built an early buffer on the Horsemen, but the home side hit back through Alradi Ismail just prior to half-time when the striker took his chance at the far post.

NYU took advantage of some open space through midfield to dictate much of the possession, but could not sneak anything past returning ‘keeper Leon Cook in the Pegasus goal.

A dangerous raid by substitute Bafel Wai almost resulted in an equaliser, before Ismail poked home Pegasus’ second from a goal mouth scramble to secure a point.

MOE United struck twice in the first half and once in the second to defeat Fortuna 60 3-1 at Olympic Park.

Red Devil Joel Baldwin scored a brace and Luke Bathgate netted his ninth for the season to strengthen the reigning league champion’s grip on third.

Jamie Pistrin grabbed a consolation goal for the visitor.