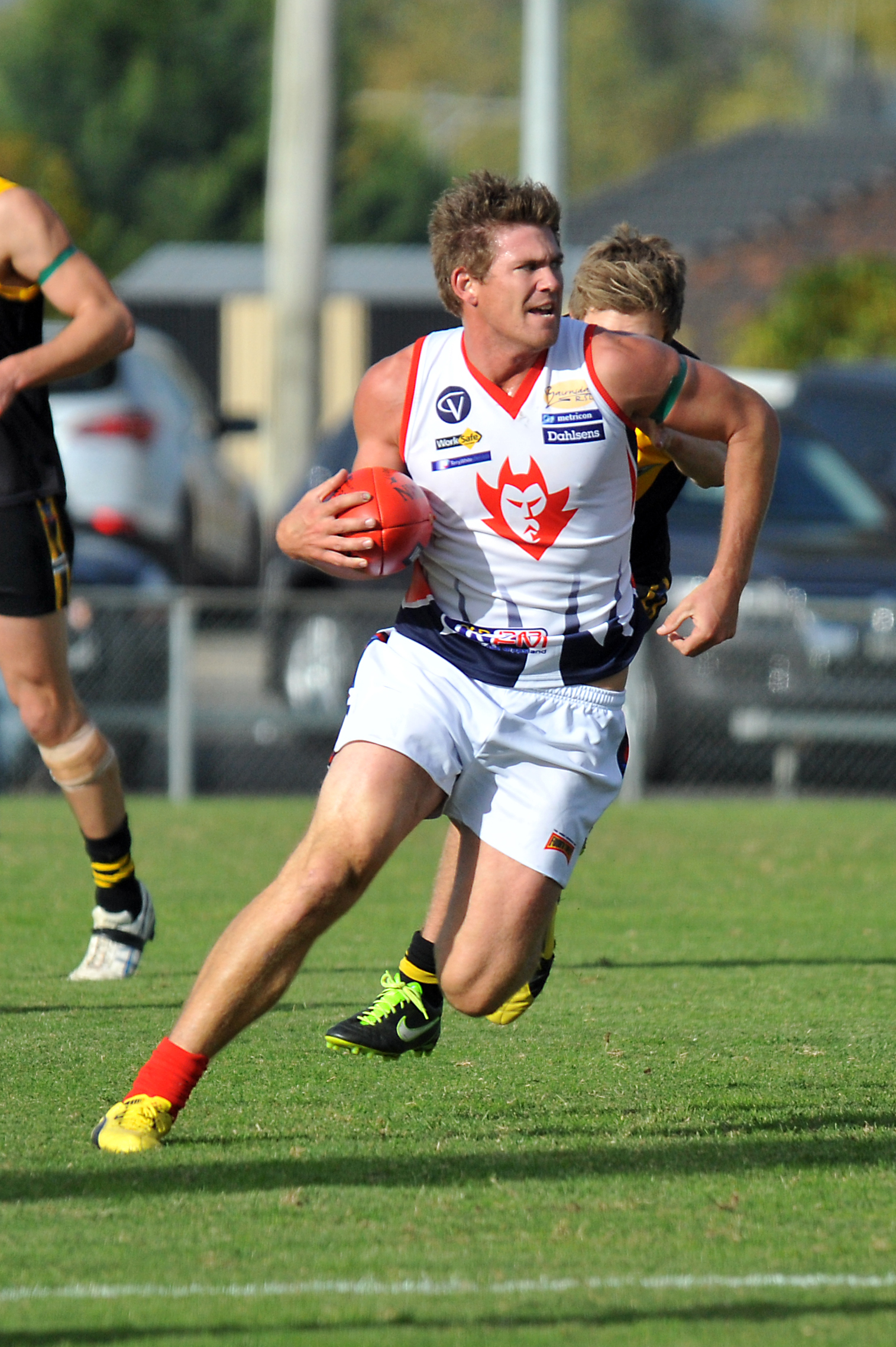 WONTHAGGI will follow its opponent’s example, when it embarks upon the Gippsland League’s longest road trip this weekend.

“They came down and played well and got us by four points,” Railton said.

“Both sides had chances and it could have gone either way, but they made a good start and showed us how to do it when you travel.”

The Power have only lost once since – a one-point defeat to Sale in round 12 – and lead the charge for third spot and the all-important double chance come finals.

Maffra’s win against Traralgon moved the fourth-placed Eagles within two points of the Redlegs and kept the race wide open ahead of a penultimate round showdown at Wonthaggi.

Railton, though, was not looking that far ahead.

“Us and Maffra are in the same boat, you’ve just got to win against what’s in front of you and that’s all you can worry about,” he said.

Wonthaggi has a good record at Bairnsdale, having suffered defeat there just twice from seven visits, and both sides should be fresh after sitting out the second half of the split round last week.

Midfield-forwards Nathan Jones and Eli Richards could return from injury for the visitors, as they seek to limit the supply to Redlegs forwards James Gibbs and Sam Pickett, who have combined for 110 goals this season.

The home side is not short on motivation either.

Two wins will ensure finals football and with winless Drouin to come, Bairnsdale can put all realistic doubts to rest this weekend.

LEONGATHA’S finals ambitions are no longer a reality, but the Parrots have one more chance to shape the top five when they travel to Morwell Recreation Reserve this weekend.

The Parrots are coming off back-to-back wins prior to last week’s break and got within 13 points of league powerhouse Morwell in round seven.

The Tigers strolled to a regulation win against Warragul last week and with Sale facing Maffra on Sunday they have a chance to heap pressure back on the ladder leader with victory against Leongatha.

DROUIN’S highest score of the season came against Moe in round seven and while the Hawks still went down by 62 points, they will take some heart from the performance.

After three goalless weeks, the Hawks managed majors in their past two games and with Bairnsdale and Maffra to come, the Lions’ matchup looms as their best chance to avoid a winless season.

Moe faced four of the top six sides in the past month, but have a kinder run home and these are the games the Lions must win to continue their development.

AFTER the disappointment of last week’s potentially season-defining loss to Maffra, Traralgon is out to bounce back against Warragul.

The Maroons must win their three remaining games to be any hope of sneaking into the top five and keep the pressure on Bairnsdale.

The margin between Warragul and Traralgon last time was 171 points and improving on that in front of their home fans is the Gulls’ first aim.

MAFFRA all but confirmed its finals spot with victory against Traralgon last weekend, but Sunday’s ‘battle of the birds’ at Maffra Recreation Reserve holds plenty of significance.

The Eagles remain in the hunt for a top-three finish and a precious double chance in finals, while rival Sale continues its press for a second straight minor premiership.

Defeat would put a major dent in the loser’s ambitions.

The Magpies, who overcame Bairnsdale in week one of the split round, have won eight of the last 10 head-to-head clashes and the last three, including a 23-point win in round seven.