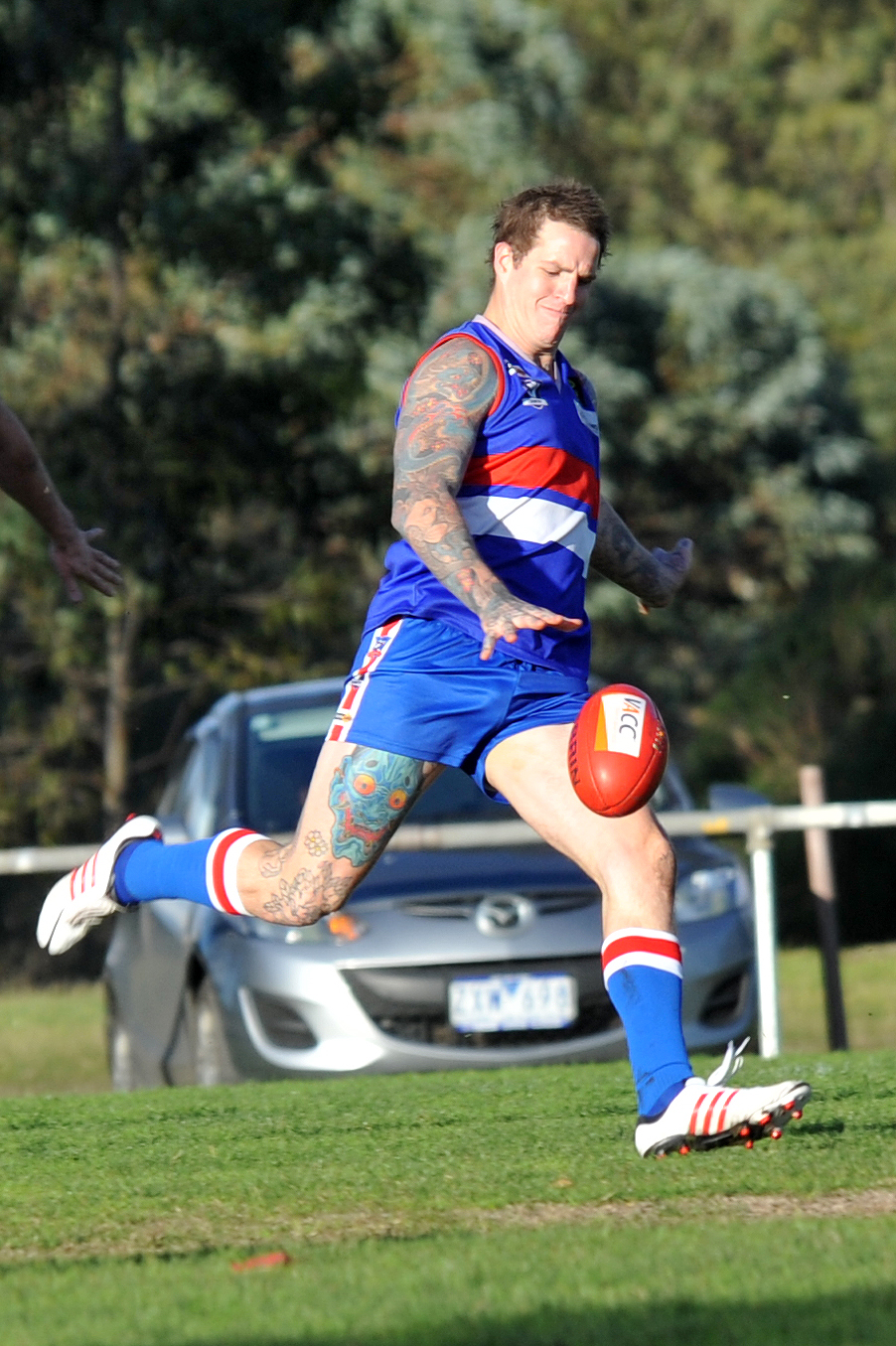 Morwell East came home in the last quarter to overrun Yarragon by a point, and second placed Yinnar snuck home by two points over a fast finishing Hill End.

Boolarra finished a safe fifth, beating Yallourn Yallourn North by 52 points, Mirboo North secured third with a 40-point win over fourth placed Trafalgar and the Newborough juggernaut kept rolling on with a 128 point win over Thorpdale, coach Glenn Michie on top with a 12 goal haul.

BOOLARRA missed out on fourth place by percentage but would be content with fifth on the ladder.

Finishing strongly with a win over a determined YYN, the Demons will now prepare for their finals campaign.

After setting up a good first quarter with a 21 point lead, the Demons were not prepared for a second term goal-fest in which 13 goals were kicked. Importantly Boolarra kicked seven but YYN rose to the challenge and booted six of their own.

WITH 12 goals to his credit against Thorpdale, Newborough coach Glenn Michie took his season tally to 66 to finish second on the goal kicking list and led his team to a 128-point demolition of the Blues.

By three-quarter-time the Bulldogs led by more than 10 goals and were safe, but were urged to push harder in the last term, and the resulting 8.5 (53) to 1.0 (6) showed what they can really do ahead of finals.

The flag favourite won out 24.18 (162) to Thorpdale’s 7.1 (43), in a game with an interesting sidebar as reserves leading goalkicker Danny Schembri was promoted to the seniors to cover Adam Kennedy.

Schembri was leading the reserves golden boot race by two from teammate Chris Payne, who was kept to a pair of majors to level the ledger at 47 goals each.

Schembri then celebrated his co-win by scoring four goals in the seniors.

IT was billed as the match of the round but the result told another story as the Tigers claimed the spoils by 40.

Trafalgar had no answer for Mirboo North’s relentless style, who recovered admirably from being given a bath by Yinnar a week ago.

Mirboo North, under good conditions, showed some of the form that won them the flag last year and they’ll be looking back for inspiration this weekend against Yinnar.

It was a steady performance with leads at every break but Trafalgar showed some spirit in the final term to match the Tigers, goal for goal.

Mirboo North finished in third position while Trafalgar hung on by percentage to finish fourth.

Matt Holland finished with four in a best on ground display.

YINNAR received one of its biggest shocks on the eve of the finals series when it scraped home by just two points against Hill End.

The Magpies went into the match minus a few of their highly prized players and it nearly brought about their downfall.

Both teams were almost identical in their shots on goal but Yinnar was steadier under pressure.

After a second quarter where they had chances to bury Yinnar, Hill End failed to capitalise and kicked away chances.

They outscored the Magpies in the last three terms but still could not bridge the tiny gap at the end, failing by two points to cause almost the biggest shock of the season.

For Tim Aitken missing it was left to Marcus Webb to score five goals for Yinnar while at the other end Matt Moseley also finished with five for a 48 goal yearly tally.

AFTER some untidy football over the past few weeks Morwell East produced the goods to finish the year.

The Hawks had to do it the hard way; they were behind for three of the four quarters but in a last ditch effort just managed to overhaul the Panthers by a single point.

Yarragon showed signs of finishing the season on a high but the tenacity of the Hawks was too much in the end.

With a total of 23 shots to the East’s 19, the Panthers should have had the game in the bag.