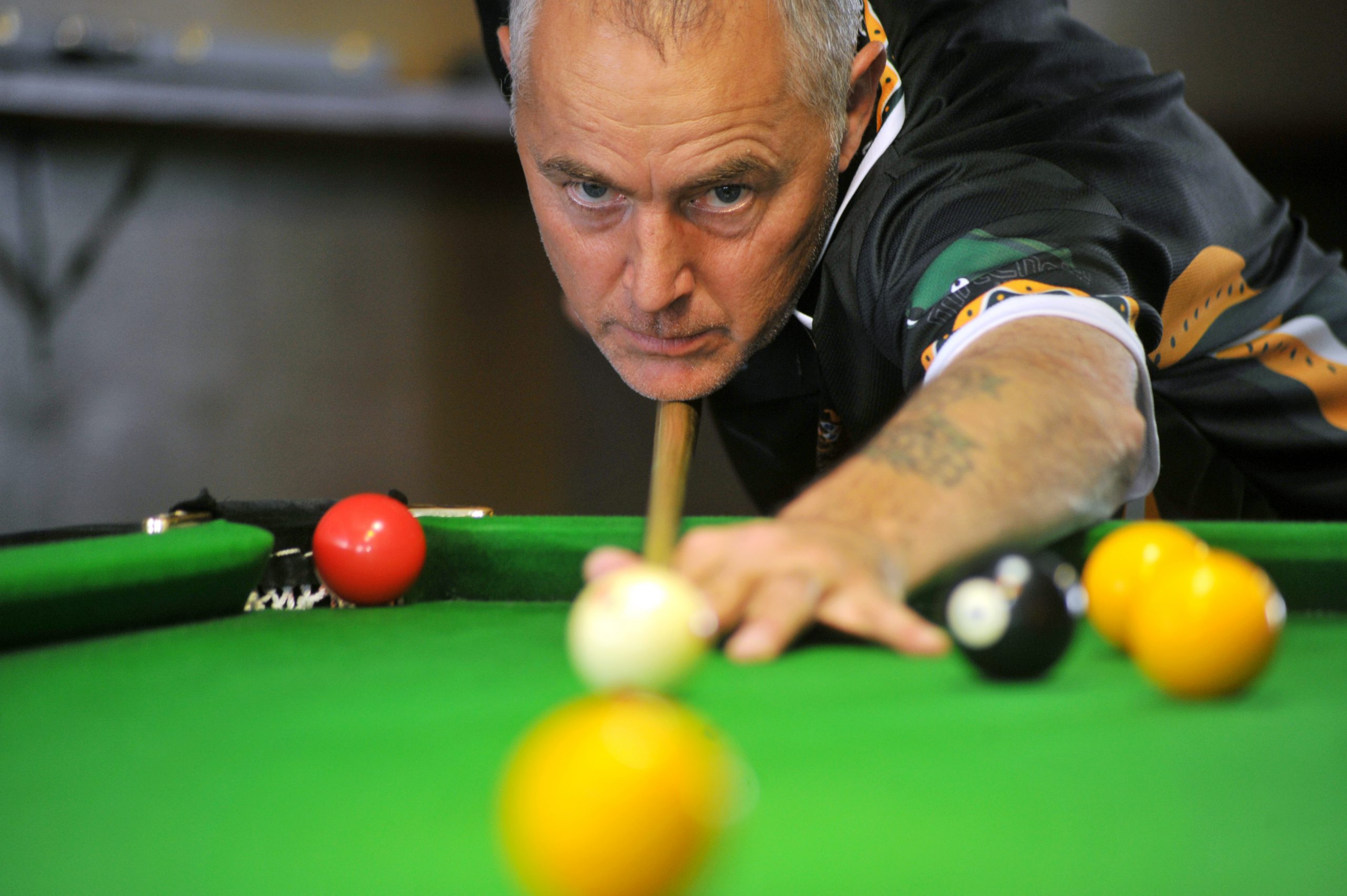 RACK ’em up and Steve Gray will knock ’em down, in a heartbeat.

The Traralgon sharpshooter finished second at the Masters Eight Ball World Championships in Blackpool, England last month, carrying the cue for his adopted nation of Australia.

After a semi-final exit in the 2013 edition of the event, Gray went one better this time out, but could not land the killer blow against fellow Englishman Keith Brewer, going down 8-3 in the best of 15 decider.

Gray rallied back from a 4-0 deficit with two straight frames, but the luck of the break was not on his side.

“I broke and about four times I didn’t get a ball in which you can’t do at this level, and he jumped all over that and good on him, same as I would have if he had (missed),” Gray said.

“I had to get everything right and when the break let’s you down a bit, some days it works better than others and it had been going well for me, I don’t know where it goes sometimes, it went away.”

Gray won six matches to qualify for the grand final, but almost came unstuck in the opening round.

“I only won 6-5, then after that… I was pretty right but that first round was a bit scattery,” he said.

Gray said with the standard being so high, one mistake almost certainly spelt a loss.

“It’s very important to get a ball in (off the break), a lot of the time at this level they will just clean them all up,” he said.

“It’s a cut-throat game, you don’t get away with mistakes, not at that level, you might down the pub get another couple of chances.”

It caps off a strong run on the state and national circuit for the 58 year-old, who was one step shy of the trinity.

The Latrobe Valley Eight Ball maestro also led Australia as captain in the masters teams event at the championships, bowing out in the semi-final phase for the second consecutive year, this time losing out to Malta.

Considered the main event, Gray said teams was the primary focus of the tour.

“That’s what you go for, you want to win the team event,” he said.

“Individual honours are nice, but we went there as a team and would like to have won the world teams.”

Gray was a member of team Australia in 2010, when the nation finished runner-up, and said the side was “knocking on the door”.

Gray also managed a second place finish in a masters money event on the tour.

While pleased with his performance, the veteran shark said it would have been nice to get across the line just once.

“If you’d have asked me before I went would you accept two finals, I would have said, ‘all day long’, but once you get there you want to win one,” Gray said.

He was also selected in the Victorian team to contest the nationals in Darwin this October on returning home, and won the LVEBA open title on Sunday.