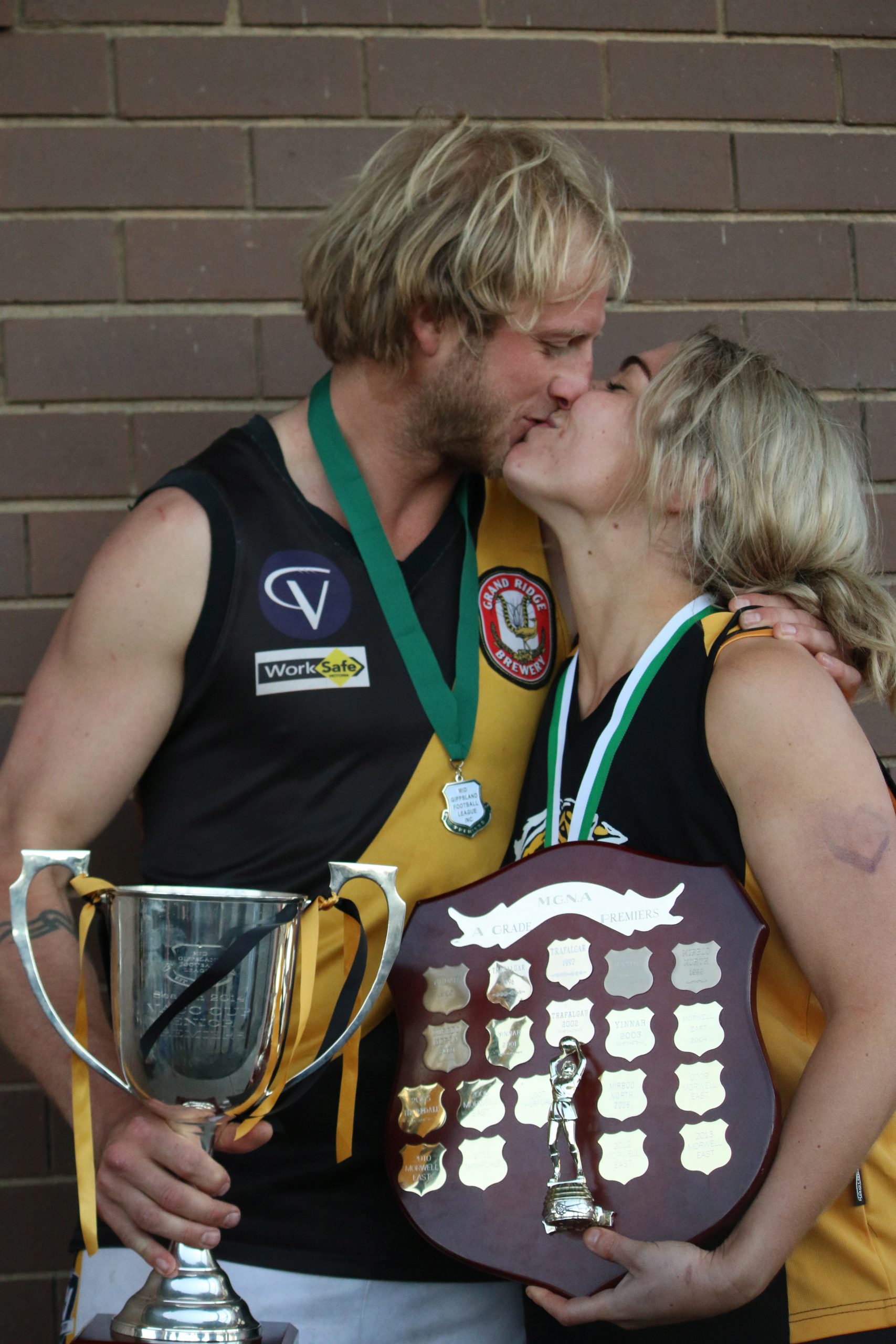 The Tiger couple’s wedding coincided with round one of the MGFL season, which decimated Mirboo North’s senior football line-up resulting in a massacre at the hands of Newborough.

However, the Hollands had the last laugh on Saturday, when the club won both the senior football and netball grand finals by one point.

It was doubly sweet for the footy team, which exacted revenge for the first round railroad by knocking off the Dogs.