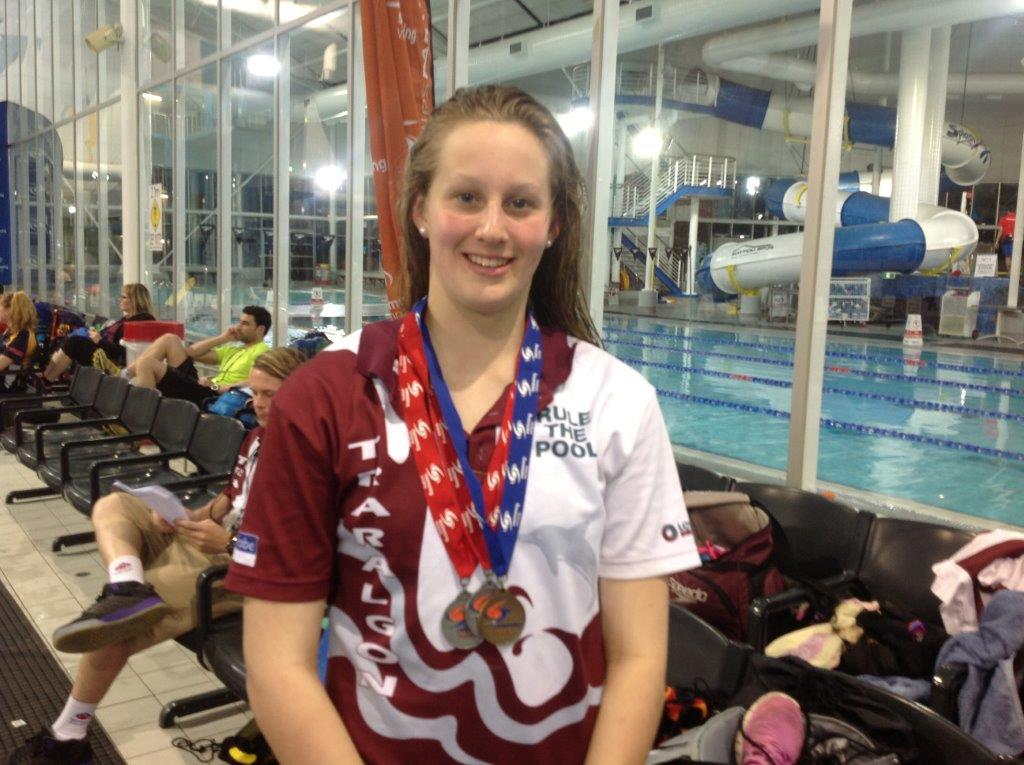 TRARALGON Swimming Club reinforced its position as the premier country swimming club in the state by taking out the regional title at the Victorian Age Short Course championships held at the Melbourne Sports and Aquatics Centre.

The group of 25 swimmers aged between 13 and 17 years earned 742 points, followed by Wodonga on 272, and finished the meet in fifth overall behind the four elite performance city clubs – Vicentre, Nunawading, MLC Aquatic and Casey Tigersharks.

Six country and 23 Gippsland records were broken by Traralgon swimmers.

“An outstanding meet in all respects – quality racing, a desire to compete and great efforts to match. We are very pleased with our result,” senior head coach Brian Ford said.

Caiden Gill was outstanding in his freestyle events, picking up two silver and one bronze.

Despite juggling her VCE year 17 year-old Georgia Tsebelis managed two bronze medals and a host of records – one country and seven Gippsland.

Her best swim was the 200m medley in which she became the fastest girl from Gippsland in a time of 2.20.42.

Two of the club’s 14 year-old boys, Locke DeGaris and Connor O’Neill, had terrific meets, both medalling in the 100m and 200m backstroke events.

“It’s always tough to win a medal at state champs however some of our swimmers not only won medals but are now the fastest swimmers ever to come out of Gippsland,” Ford said.

“Both Mikaela and Caiden are the fastest freestylers with Mikaela dominating the fly and back events as well.

“The coaches’ swim of the meet however was Connor O’Neill’s 200 back; not as physically mature as most of his other competitors he certainly makes up for it with great technique – a ripper of a swim.”

The club is now in consolidation mode with up to 40 involved in swim camps at Lakes Entrance and Warragul before preparing for the long course season with state and country championships its main target.