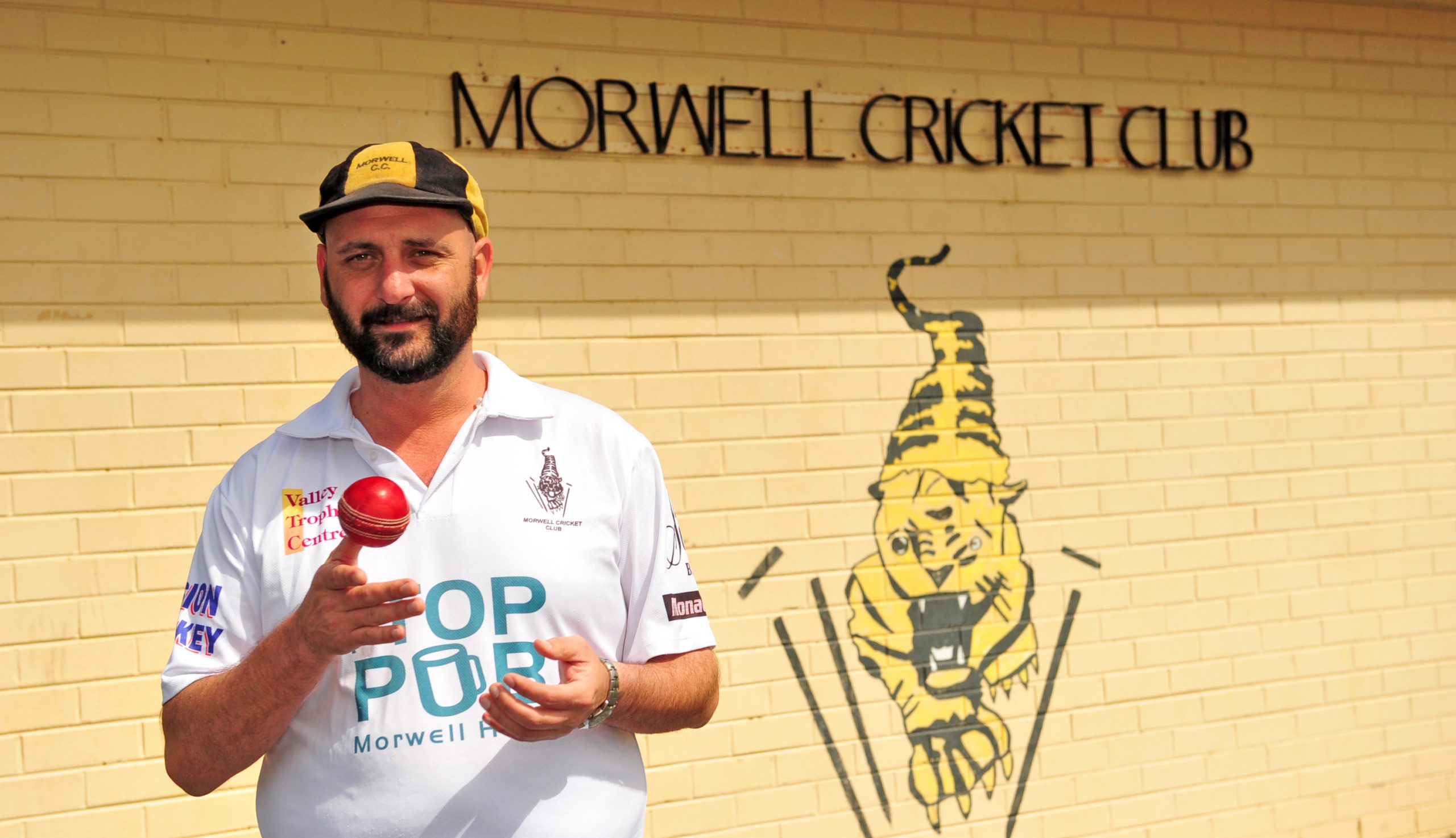 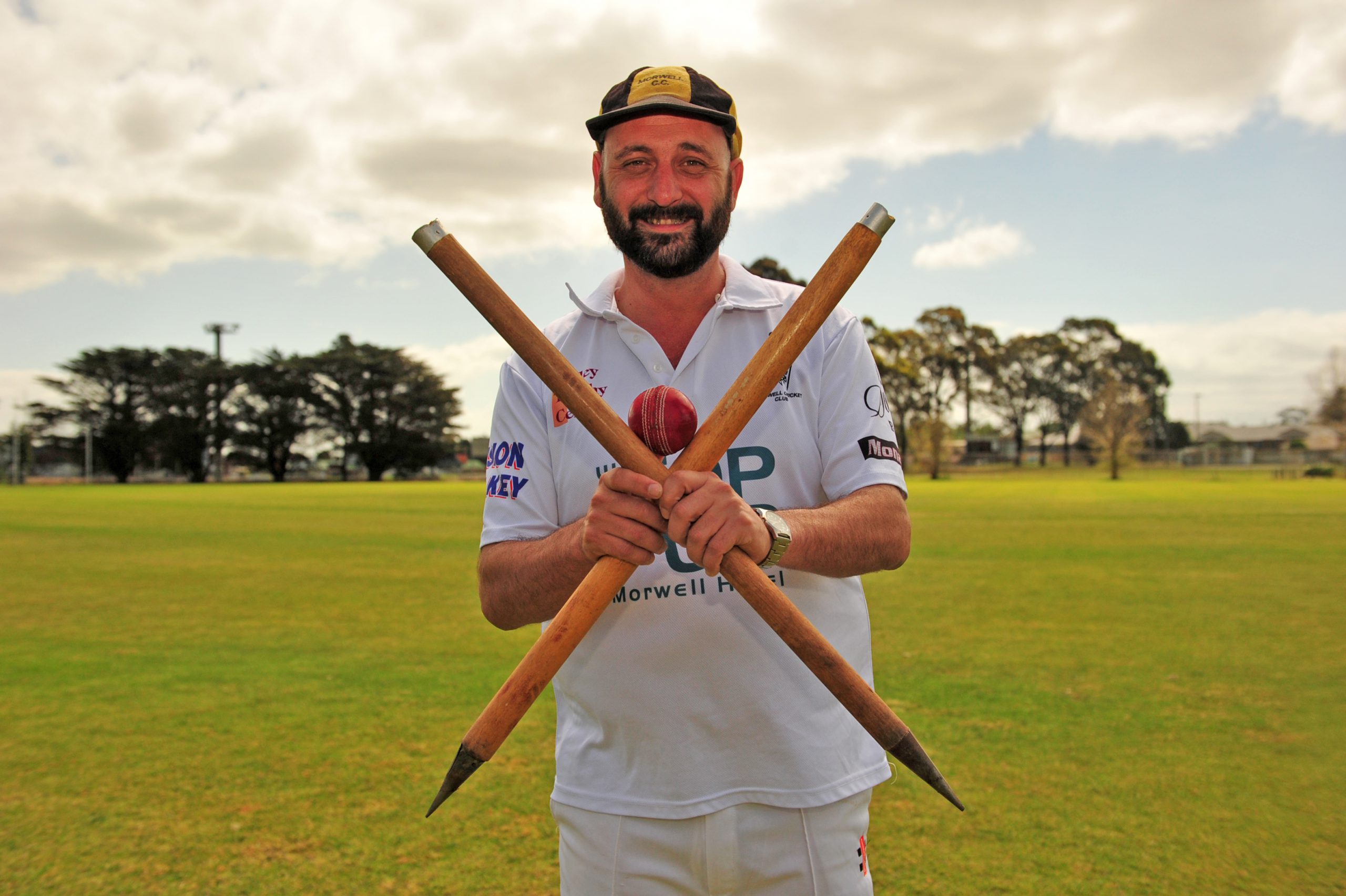 MORWELL second grader Steve Esler was stoked to pinch a wicket with his first ball of the season, so imagine his ecstasy when he went on to take all 10 against Thorpdale at Keegan Street Reserve on Saturday.

The Tigers veteran of 17 years was brought on as first change against the Blues, after the openers failed to dislodge the top order, and wrote himself into Central Gippsland cricket folklore with an incredible haul of 10/9 from 8.1 overs.

With just one previous five-for to his name in a 128-match career at Morwell, Esler said the 10-wicket haul came as “a bit of a surprise”.

“It was just one of those days… I reckon I’ve probably bowled better spells and taken no wickets, probably because I bowled too well. Yesterday it just all fell into place,” he said.

“I was lucky enough that I was bowling them on the stumps and the batsmen were sort of helping me because they were missing them and hitting them in the air and when I was going up for the LBW appeals they were giving them as well.

The medium-pacer began with two wickets in his opening over, followed by one in the second, before a hat-trick midway through his spell.

Esler said skittling the entire team did not crystallise as a possibility until late in the piece.

“I was pretty excited about that (the hat-trick) then I went up to six wickets, still not really thinking about 10… then the seventh wicket came and the eighth, then a few of the boys started talking about you might be able to get 10 wickets,” he said.

“Then the ninth wicket came and everyone was getting really excited; as much as we wanted the other guys to take a wicket I think everyone was sort of hoping there wasn’t going to be any opportunity.”

Bowling in tandem with Roger Henry, who kept things tidy at the other end with 0/4 from eight overs, Esler claimed the elusive 10th scalp with the first ball of his ninth over when he bowled Tony Grima for four.

“I sort of just started yelling and screaming and running around then the next thing I knew I had everyone around me slapping my head, because obviously I’m bald… it was just unbelievable,” Esler said.

Still feeling stiff before Saturday’s season opener, Esler loosened up in the nets before unleashing his withering assault, they key to which was consistency.

“One thing I do pride myself on is most of the time I have a reasonable line and length, I haven’t got much pace, the older I get the shorter the run up goes… but I tend to get good movement with the ball,” he said.

“I think, especially when you’re playing B grade cricket… that’s important, just bowling good line and length, a lot of the time the wickets come and the batsmen sometimes get themselves out when they get impatient.”

Esler’s clean sweep was the third 10-wicket effort by a Morwell player, following life member George Angus in 1936 and Trevor Pickering’s 10/7 in 1973.

The only feat that eluded the Tiger was a double hat-trick, which he missed by a coat of varnish with another Blues bat almost clean bowled.

However, Esler was not about to rue it following the biggest achievement of his cricketing career.

“I don’t think anything will ever come close to this, I did take a hat-trick when I was in junior cricket… one thing that’s probably closest is when I made a century with the bat, that was probably 12 or 13 years ago,” he said.

The part-time player will have a few weeks to bask in the glory, given he is unavailable for Morwell until November.

Morwell cruised to 4/104 in reply to Thorpdale’s 29, with Esler contributing 11.