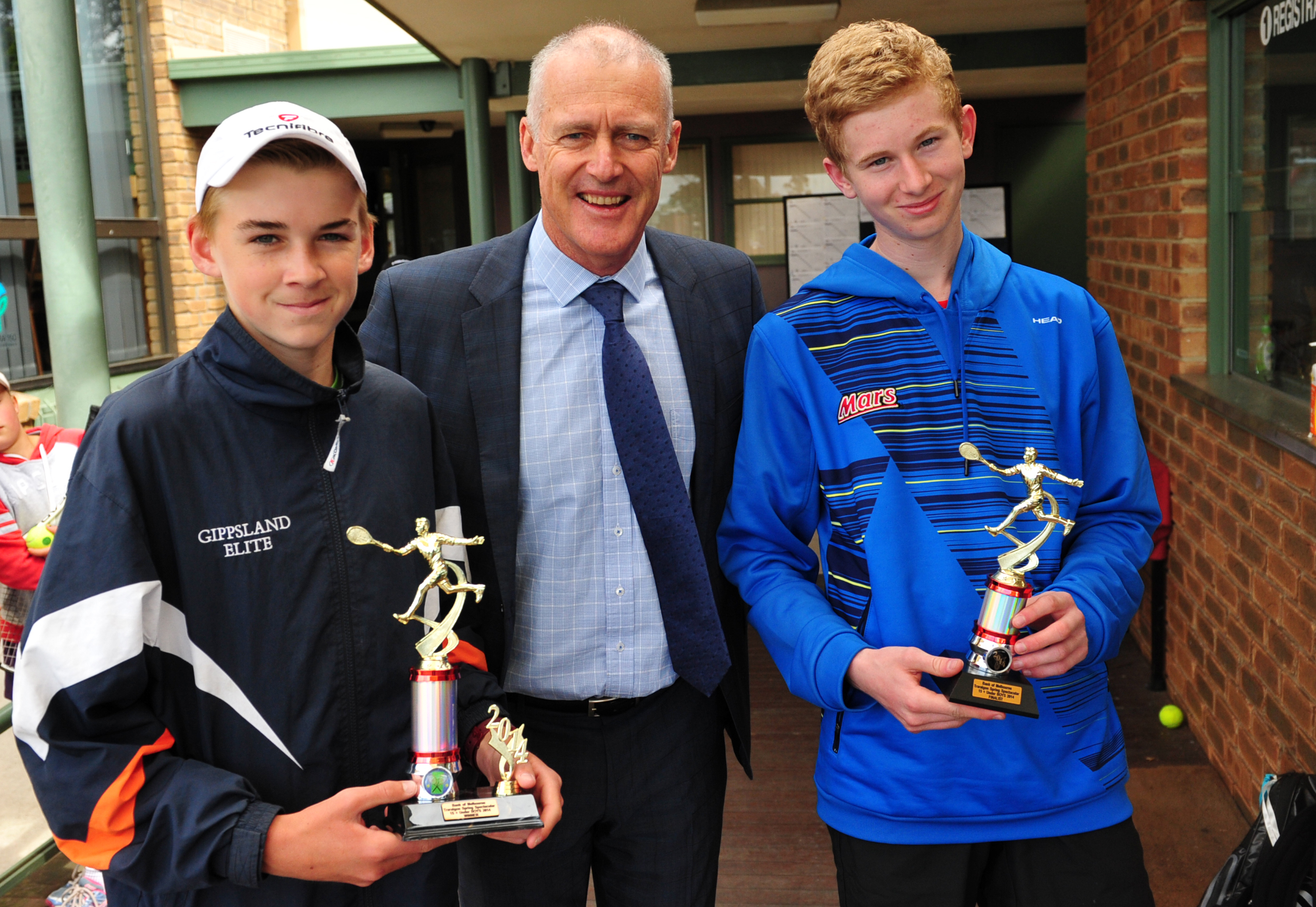 IN the midst of Traralgon Tennis Club’s euphoria over its new show court funding, one of the club’s juniors was celebrating a victory of his own.

While the funding formalities were taking place inside, Josh Charlton was busy winning the under 18 final of the three day TTC Spring Spectacular junior open.