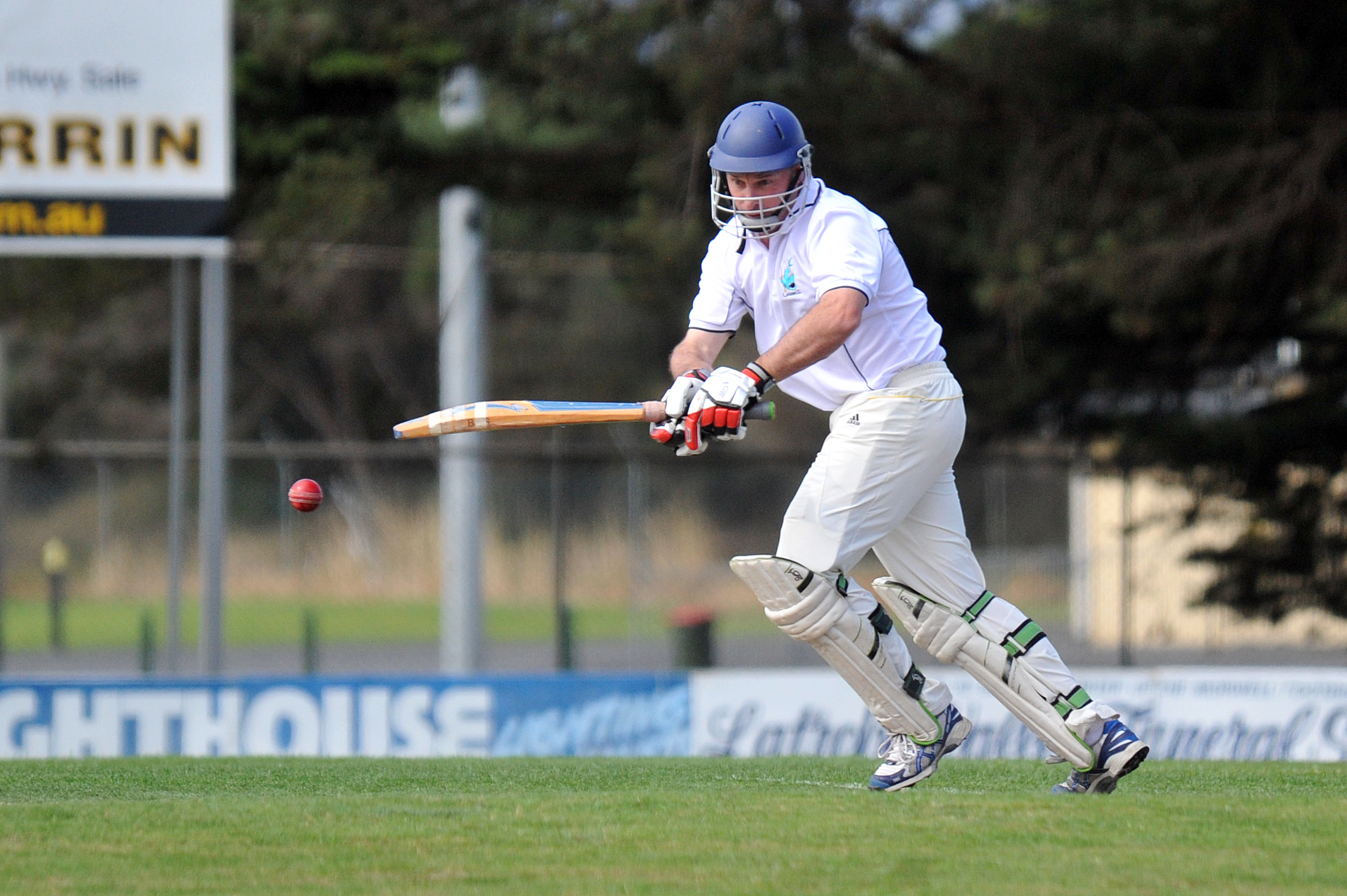 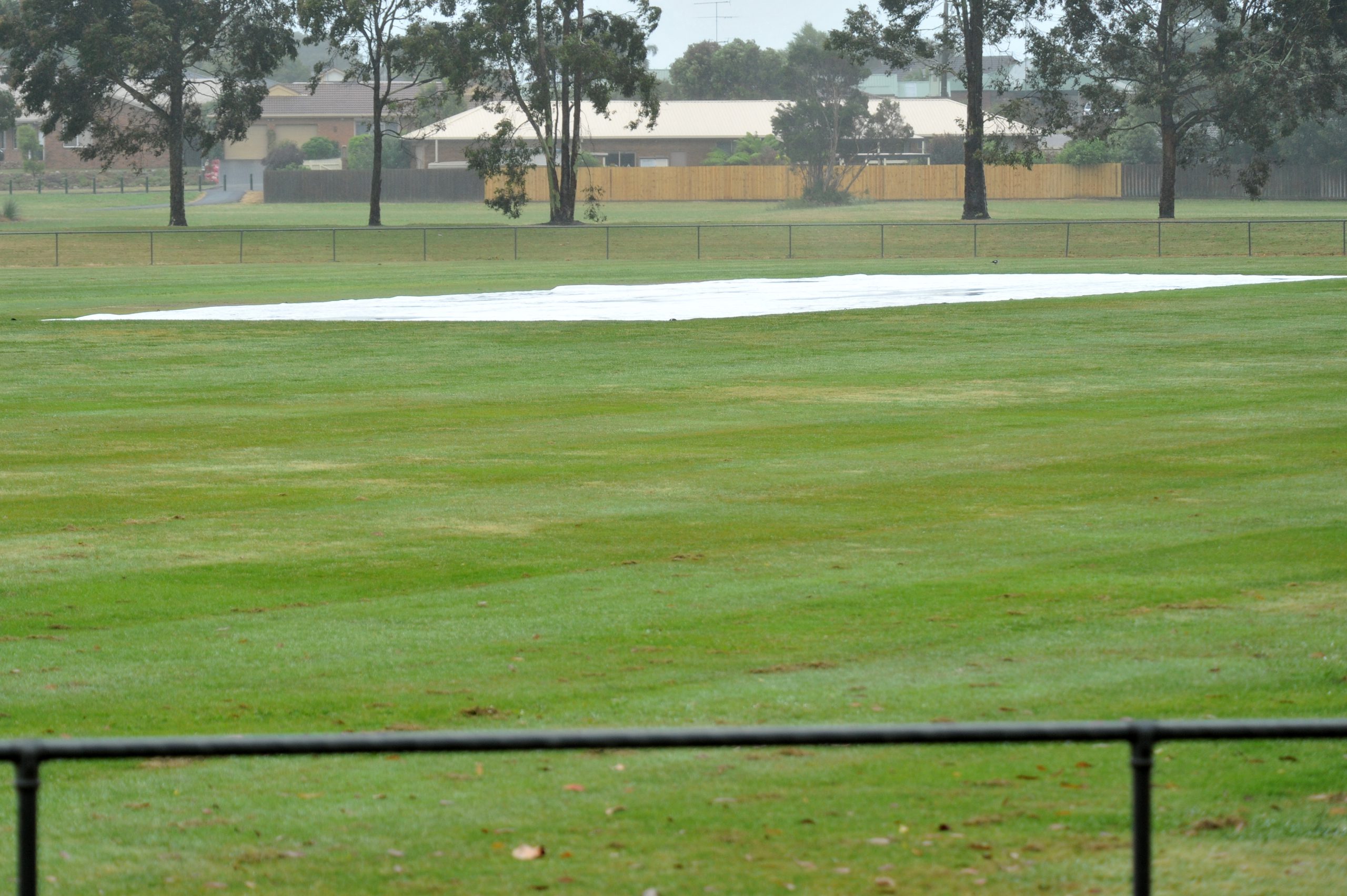 LATROBE beat the rain in its Energy Australia Cup match against Morwell, chasing down the target of 187 for victory in between two breaks due to inclement weather.

Veteran wicketkeeper Tim Cranwell, playing his 200th top division match, was promoted to open the batting alongside Anthony Bloomfield and the pair began at a canter.

They were particularly savage on opening bowler Brandon McDonald, who saw his five overs belted for 31 runs.

Cranwell (20) was dismissed with the score on 70 and Matt Brewer followed soon after for a duck, bringing Bloomfield together with Kaushik Aphale. The former was disappointed to fall on the stroke of the tea break for 60, and with Daniel Siddle back in the sheds not long after the resumption, the Tigers sniffed an upset at 4/111.

Justin Vajler marched to the crease and made his presence felt in a 117 run partnership with Aphale, ending when he was caught behind off Gavin Bailey for 62, while Aphale finished on 78 not out to guide the Sharks home.

SIX wickets to Moe’s Aaron Walshe saw his side ease to victory against Thorpdale.

Jayden Mathison (2/29) bowled well in support to dismiss Thorpdale for 165, a total boosted by 39 from Fraser Smith and 36 from Boyd Bailey.

Young ‘keeper Matt Powell showed promise with a determined 28 but at the end of the day the Blues lacked the experience in the middle order to reach the target of 226.

Trafalgar had the rain to thank for helping escape defeat against Yallourn North, while Mirboo North will be frustrated after failing to dismiss Newborough inside 90 overs last week.

The premier missed out on vital points after its game failed to get underway on the second day.

LATROBE dodged defeat after being pushed against the ropes by Morwell.

Sharks opener Michael Zomer was dismissed by the first ball of the game and from then on Latrobe struggled to hit the ball off the square thanks to some tight bowling from Roger Henry (3/22) and Shane Gniel (3/21).

In reply, Morwell was in control at 2/78 off 20 overs and Kris Fortuin (37*) was well placed to guide them past the target before the skies opened up and ended play for the day.

MIRBOO North had an easy day against St Vincent’s, with the visitors dismissed for 94.

Justin Blair was the Saints’ only shining light with 38 before falling to his brother and former teammate Jacob Blair on his way to final figures of 4/13.

Andrew Soplakow chipped in with 3/12 before the Tigers went hammer and tongs to wrap up the points before rain had the chance to affect the outcome, closing at 0/140 from 23 overs.

Craig Nielsen’s 76 powered the total, Rhain Howarth-Ross struck 49 while tailender Liam Durkin rode his luck with some well-placed edges to compile 45* and keep the score ticking over towards the end of the innings.

Nathan Hammond with 3/28 was the Blues’ best bowler.

Trafalgar was all over the visitors like a rash as young legspinner Blair Clymo (4/10) tore through the lower middle order after Nielsen and Leo Connolly each took two top order wickets. Thorpdale was satisfied with batting out its 45 overs to reach 9/81; Liam Swallow (23) was the only batsman to emerge with any credit.

SAINT Vincent’s enjoyed its first win of the season against last season’s premier Hazelwood North, which has now lost its last three matches and dropped out of the top four.

Andy Evans (31) and Jason Valentine (26) managed to scrape enough runs in partnerships with their teammates to eke out a total of 131.

Rob Byrne (3/19) was the Razorbacks’ best bowler while Hayden Kimpton, Brendan Ruddell and Rodney Croft all took two wickets each.

The loss of captain Jayden Hawkins for a duck hurt Hazelwood North dearly and while Brendan Ruddell (37) did his best to make a go of it, the house of cards quickly fell around him.

Norm Evans (4/27) was too much to handle while Rob Harrington (2/11) and Arthur Harrison (2/23) cleaned up the middle and lower order to polish the visitors off for 93.

COREY Dobson’s 144 not out guided Latrobe to a towering 1/248 against Mirboo North.

Dobson put on 76 with Peter Mooney and then 172 with Steve Grover, who made 55 not out.

Todd Alexander was the wicket-taker for the Tigers.

However, the Tigers had left their run far too late as the Sharks went to the top of the ladder.