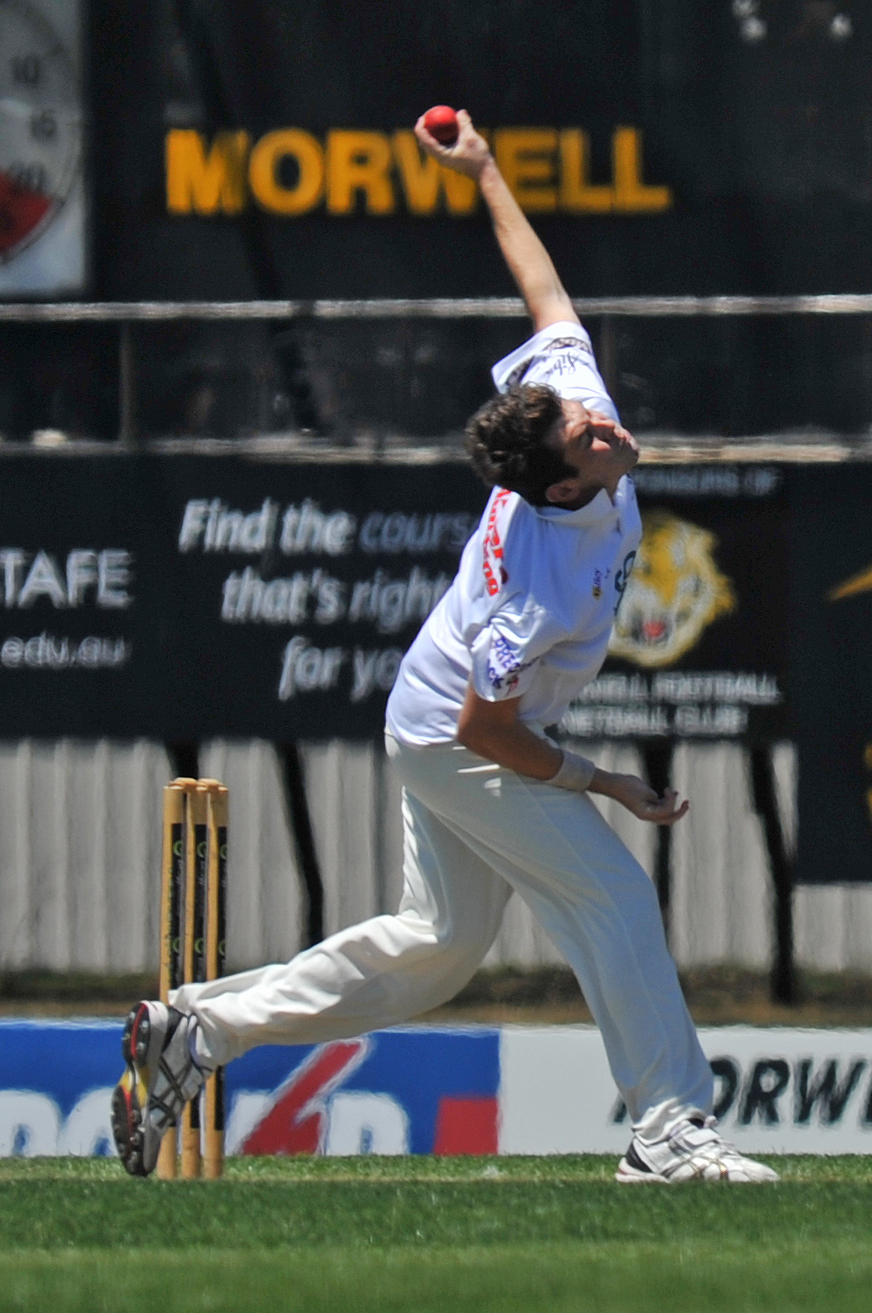 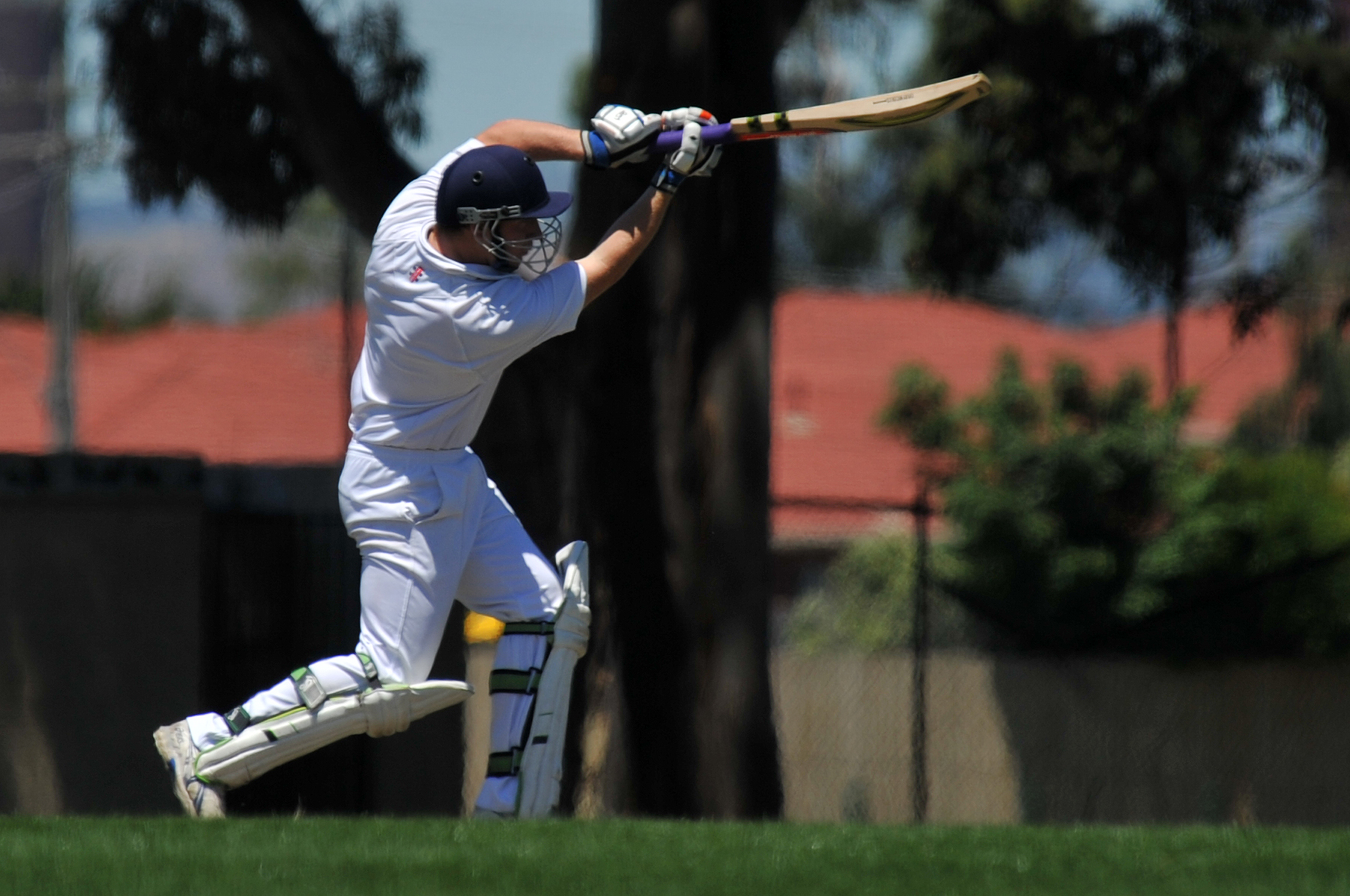 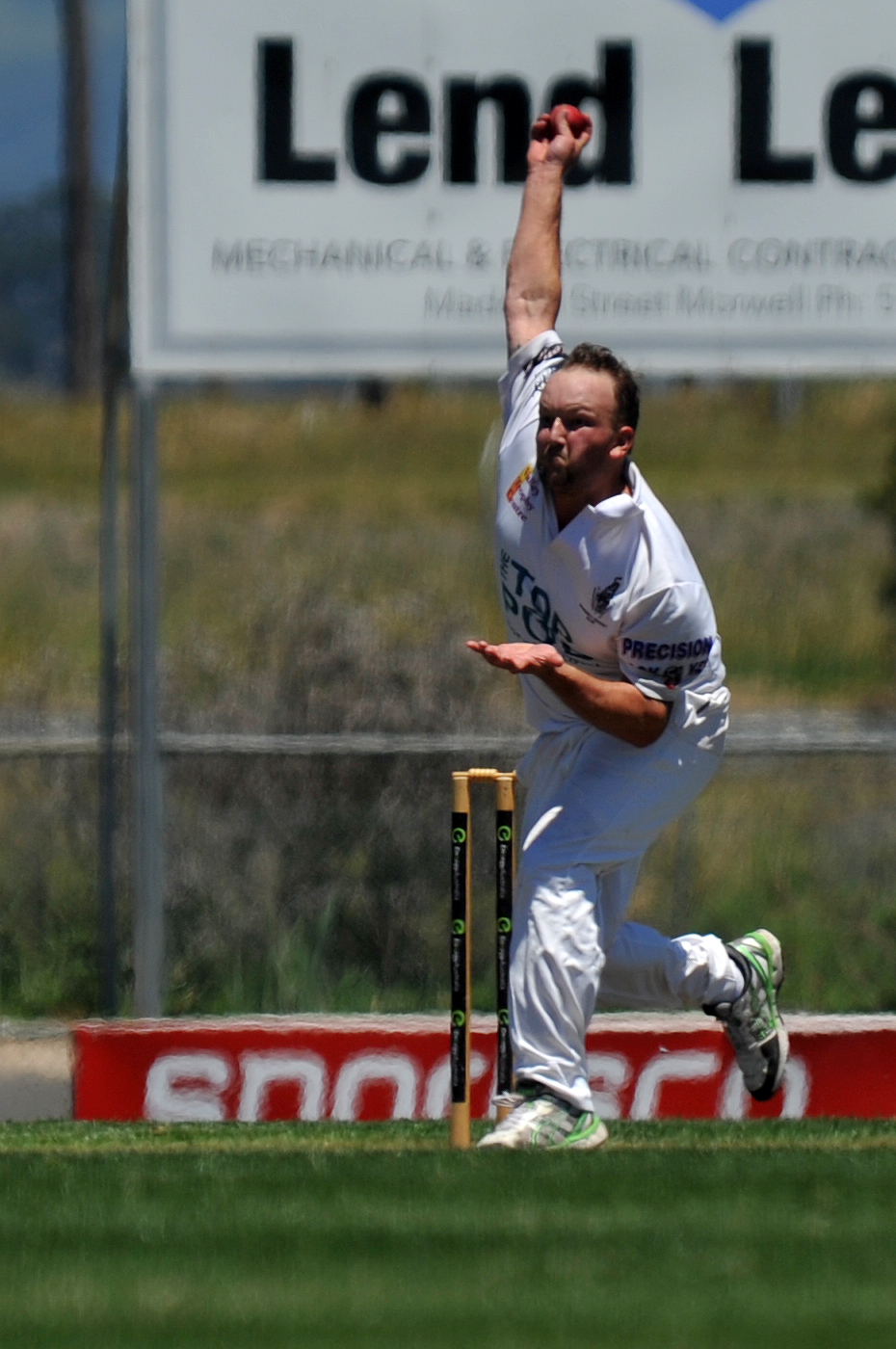 SHANE Peters’ magnificent 106 powered Mirboo North to 8/282 as the Tigers crushed Thorpdale on day one of Central Gippsland Cricket’s ninth round on Saturday.

Peters was the last man out for the Tigers, caught and bowled by Travis Pickering as the home side went in search of quick runs before an early declaration to set up an attempt at outright victory.

Shannon Pickering (2/37) bowled well for Thorpdale, but the rest leaked runs as Kayne O’Connell (2/60 from 11 overs) in particular felt the heat.

Rob Phoenix, Cameron Le Page and Callum Buckley all chipped in with starts before Phoenix called the innings closed after 70 overs, leaving an awkward 12-over period for Thorpdale to negotiate.

It began badly for the Blues when Ayden Kelly was caught off the bowling of Josh Taylor, before Peter Grima had Fraser Smith caught behind.

When Kayne O’Connell followed soon after Thorpdale, was in real trouble.

Youngster Josh Hammond was promoted as a nightwatchman and survived until stumps without scoring, with Jason Richardson on 19 for company.

Thorpdale will resume next week at 3/40.

AIDAN Vesty’s 48 propped up Yallourn North’s total of 187, as Tyler Brown, Josh Keyhoe and Patrick Spiteri all got in and wasted starts against Morwell.

Tigers coach Davin Charleston opened the bowling and sent down 20 overs for a return of 2/24, setting an example to his younger teammates.

Glen Sheekey was run out before Tim Dowe clean bowled Vesty to have the Bombers all out in the 82nd over.

MOE captain Andrew Philip won the toss and batted first on a flat deck at Ted Summerton Reserve, and his resolute 48 helped the Lions reach 193 before they were dismissed in the last over.

Jayden Mathison (28) and Nathan Lee (23) also pitched in but the Lions will be ruing their relatively low score in unhelpful bowling conditions.

Young gun Joel Mitchell was the star for Moe; the Lions’ under 16 captain showed persistence and determination to score 40, revealing an attractive array of shots in the process.

Latrobe will need to bat well next week although the Lions will be without opening bowler Jayden Mathison.

JOHN Murray (35) and Royce Colgrave (21) were all that stood in the way of Trafalgar blasting out Newborough, as the visiting Bulldogs dug in to score 97 in 65 overs.

Will Cheatley (2/18 from 20 overs) and Rhys Holdsworth (4/14 off 17 overs) kept the Bulldogs tied down, but were frustrated by their early discipline.

Nathan Simpson (3/4) secured the crucial breakthroughs which allowed the Ships to take control of the match and earned 21 overs in the final session.

James Blaser started off well, reaching 52 at stumps but lost opening partner Aiden George for 10 near the close.

Trafalgar will resume at 1/71 on Saturday, and Blaser will have nightwatchman Liam Durkin for company.

GLEN Hebbard struck 58 and Justin Blair chipped in with 35 as St Vincents reached 176 against an undermanned Trafalgar side.

Under 16 guns Liam White and Grady Cocksedge opened the bowling and the former claimed 3/43 while Christian Burgess cleaned up with 4/17.

In response Brett Cameron’s 25 was the Ships’ highest score as they were shot out for 125.

Gary Larkin mopped up the tail with 5/18.

RAWSON was polished off for 79 by John James (3/15) and Damon Bednarski (2/16), with the remaining wickets shared among the other bowlers.

Jacob Baker’s 21 was the best return for the Kookaburras.

The Lions took just 16 overs to reel in the runs as Jagbir Singh (35*) made sure of the points.

Bowdy Richards (3/27) was the one bright note for Rawson.

After posting 5/225, four wickets to young star Will Kennedy put Latrobe back in the drivers’ seat as Jacob Blair nearly guided the Tigers to a famous win with a superb half-century.

Mirboo North closed at 9/214, just unable to squeeze out enough runs from the tail.

Peter Gilpin’s 3/16 helped dismiss the Bombers for a low score.

Elliott De Carli (38*) and Gavin Pearson (29) did their best but it was not enough to reach a competitive total.