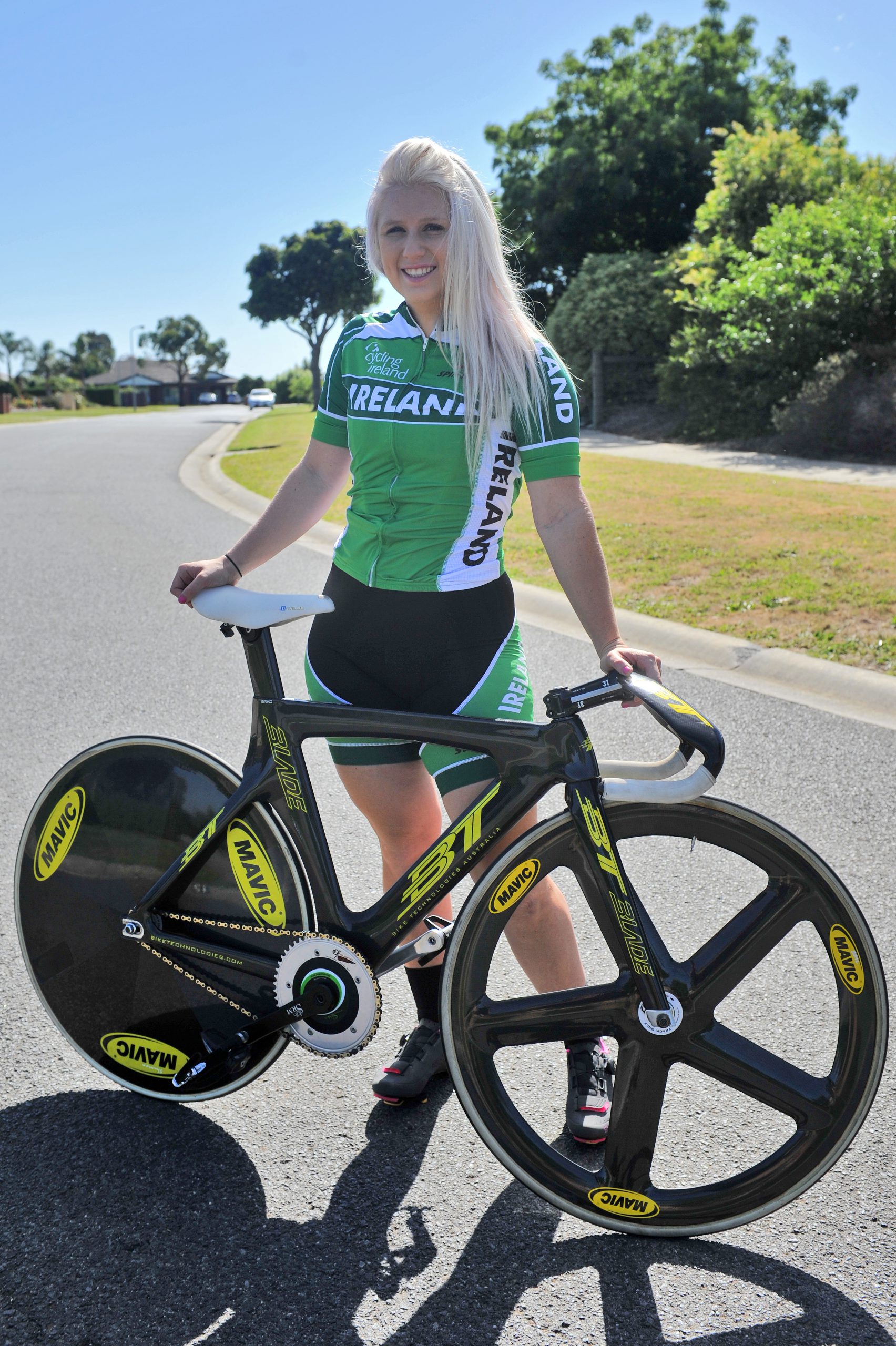 The only problem? It’s not an Olympic discipline.

The 22 year-old’s bid to qualify for the Rio de Janeiro games now hinges on the Keirin, an event which couldn’t be further removed from her pet race.

Akin to a marathon runner switching to the 100 metre dash, McCurley has left her endurance days behind to focus on the sprint distance over the past eight months.

The transition hasn’t been smooth, but the wheels are starting to turn.

Steady improvement throughout the past few months on the European circuit has put McCurley in the frame for the February World Championships in Paris.

The top 21 riders will qualify, and McCurley is 17th in the standings.

Riding for the Irish national team since 2010, after losing faith in the Australian system when Victorian Institute of Sport support waned following a serious leg injury, McCurley’s results have been encouraging.

She placed 17th in the Keirin at the European Championships in the Caribbean along with seventh in the scratch race, followed by a top 20 finish at the first of three world cup events in Guadalajara, Mexico.

The following World Cup in London saw a massive improvement as McCurley managed 13th, hot on the heels of Australian champion Anna Mears in eighth, and she hopes to continue the trend at the final leg in Cali, Columbia in January.

“It’s definitely not easy. At first I found it really difficult, I felt like I was just making up the numbers in races, but as I went on through the World Cups, the Europeans, I’ve started to get more competitive,” McCurley said.

“The fact I’ve gone from winning races all the time and top 10 in the world to going back to 20th (was hard), now I’m finally coming back down in the ranks (is a relief).”

As the results continue to lift, so too do McCurley’s spirits and drive to compete.

“I guess I’ve started to get a bit of spark back about me and enjoy the racing,” she said.

“My progress in the last few months has been bad to really good.

“I just love it, I think it’s just second nature to me now, it’s just part of my life.”

Based in Palma de Mallorca, Spain throughout the international season, McCurley was back home for Christmas prior to her 2015 campaign.

In addition to training with the John Beasley-coached Malaysian cycling team in Melbourne, McCurley has been working with Andrew Bell at Genesis, Traralgon on strength and conditioning to improve her sprinting.

Accustomed to road riding and pacing, the gym work has been a shock to the system, but a necessary one.

“I think it’s really good I’ve got local support, that I have someone there with me that can take me through it all because I had no clue,” McCurley said.

McCurley has been accumulating Olympic qualifying points since July in the early stages of a two-year window. A medal might not be in the cards for Rio, but McCurley reckons Tokyo 2020 is realistic for an Olympic podium. With the luck of the Irish on her side, anything is possible.