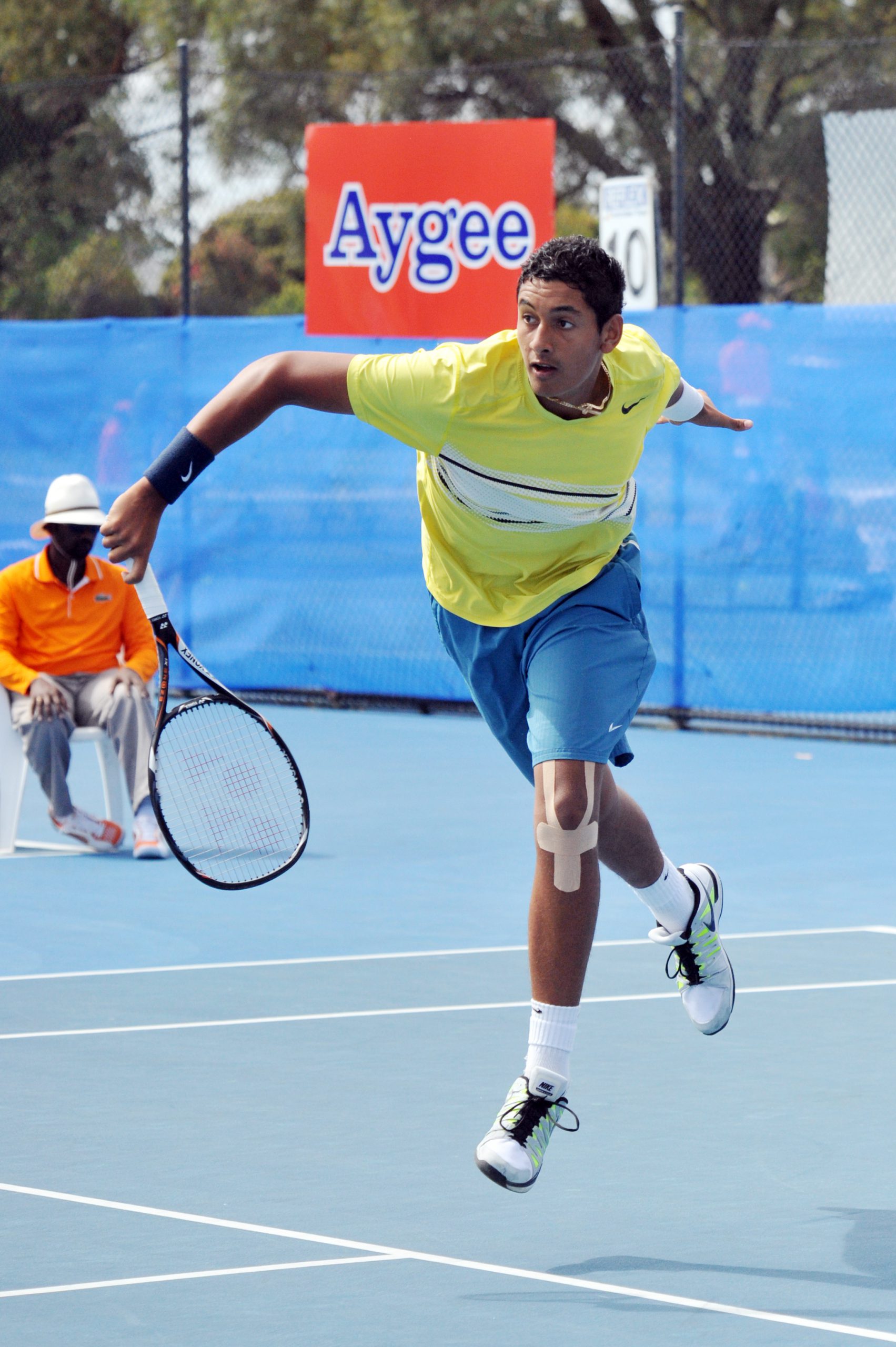 What will this year’s winner go on to achieve?

The tournament has hosted the likes of Roger Federer, Andy Murray and Richard Gasquet in years past, and has proved a nursery for some of the game’s biggest names.

Tournament director of eight years Francis Soyer said competitors throughout his tenure were now coming into their own on the pro tour, including the likes of Australians Luke Saville and James Duckworth.

The latter defeated world number 21 Gilles Simon in the first round of the Brisbane International this month, before falling to Federer in the quarter-finals, while others have become entrenched in the world’s top 100.

“We’re starting to see them… now go through and establish themselves inside the top 50 in the world,” Soyer said.

“Not everyone can be like a (Bernard) Tomic or Kyrgios and transition very quickly in one or two years, but I think most of those players that have played during my time are now in that 22 to 24 bracket and… now their bodies are starting to mature and starting to get used to the rigours of being a professional day in day out.”

Headlining the boys’ field in Traralgon will be four of the top 10 ranked juniors, including Brazilian world number two Orlando Luz.

Luz made the final of the youth Olympics in China last year, won the doubles title at the Wimbledon juniors and reached the semi-final at the French Open junior.

Leading the Australian contingent is Akira Santillan (25) and Marc Polmans (63), with just four home countrymen in total in the primary acceptances.

On the female side, Swiss miss Jil Teichmann leads the rankings at world number four in a bracket featuring seven of the top 20 girls on the circuit.

After a first round exit last year, Jil will be out for an improved showing prior to the Australian Open juniors.

Of the Aussies Kimberly Birrell (20) and Naiktha Bains (23) lead the pack, while Narre Warren region’s Destanee Aiava is one to watch at just 14 years old.

Destanee last year reached the semi-finals in Traralgon, before being eliminated by eventual champion Varvara Flink, and has a current world ranking of 55.

Soyer said the tournament, entering its 22nd year in Traralgon, was an important lead-in to the Australian Open – a large part of its appeal to the upper echelon of players.

“I don’t think we’d get as many people here if we didn’t have those conditions, the same surface, in the same state,” he said.

“It’s good to have a club like Traralgon do it for so many years.”

With such quality on show, it’s hard to believe how few people traditionally turn out to enjoy the program at Traralgon.

Had the community known what Kyrgios would go on to do, perhaps it would have been a different story. Traralgon Tennis Association manager Susie Grumley urged Gippslanders to turn out in force this year to witness the next crop of world beaters in action.

Entry is free for the entire tournament, which runs from 17 to 22 January.