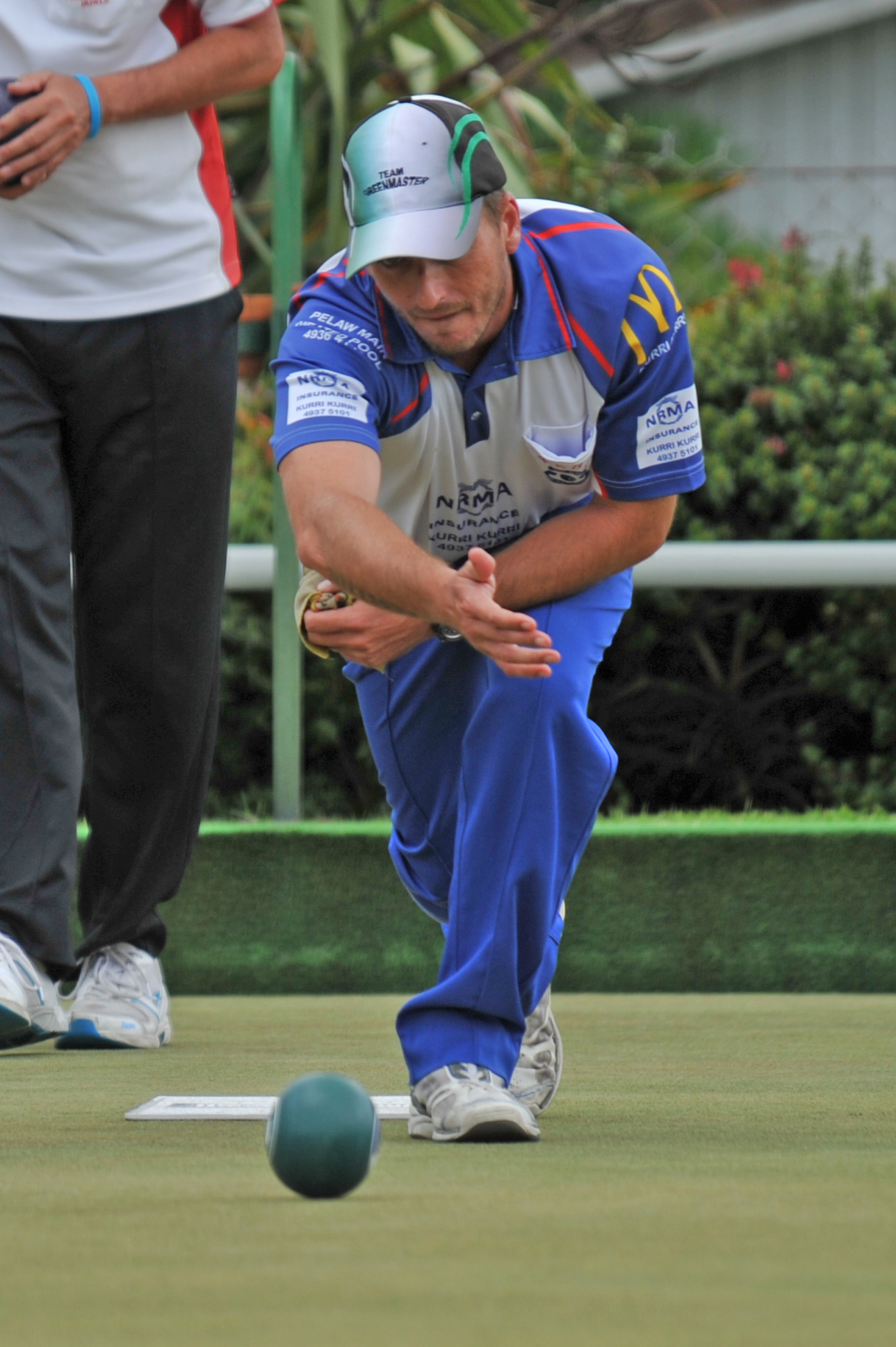 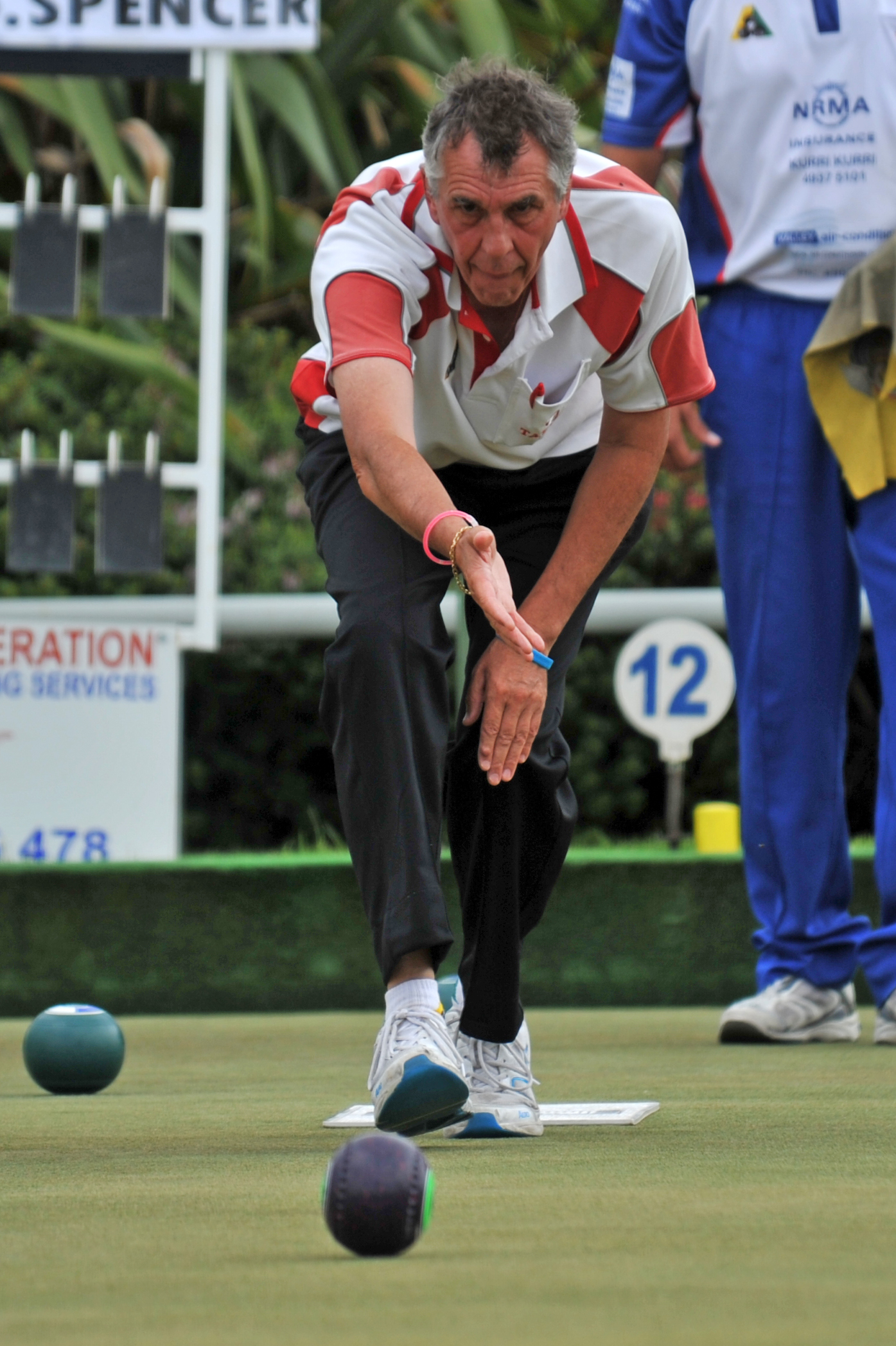 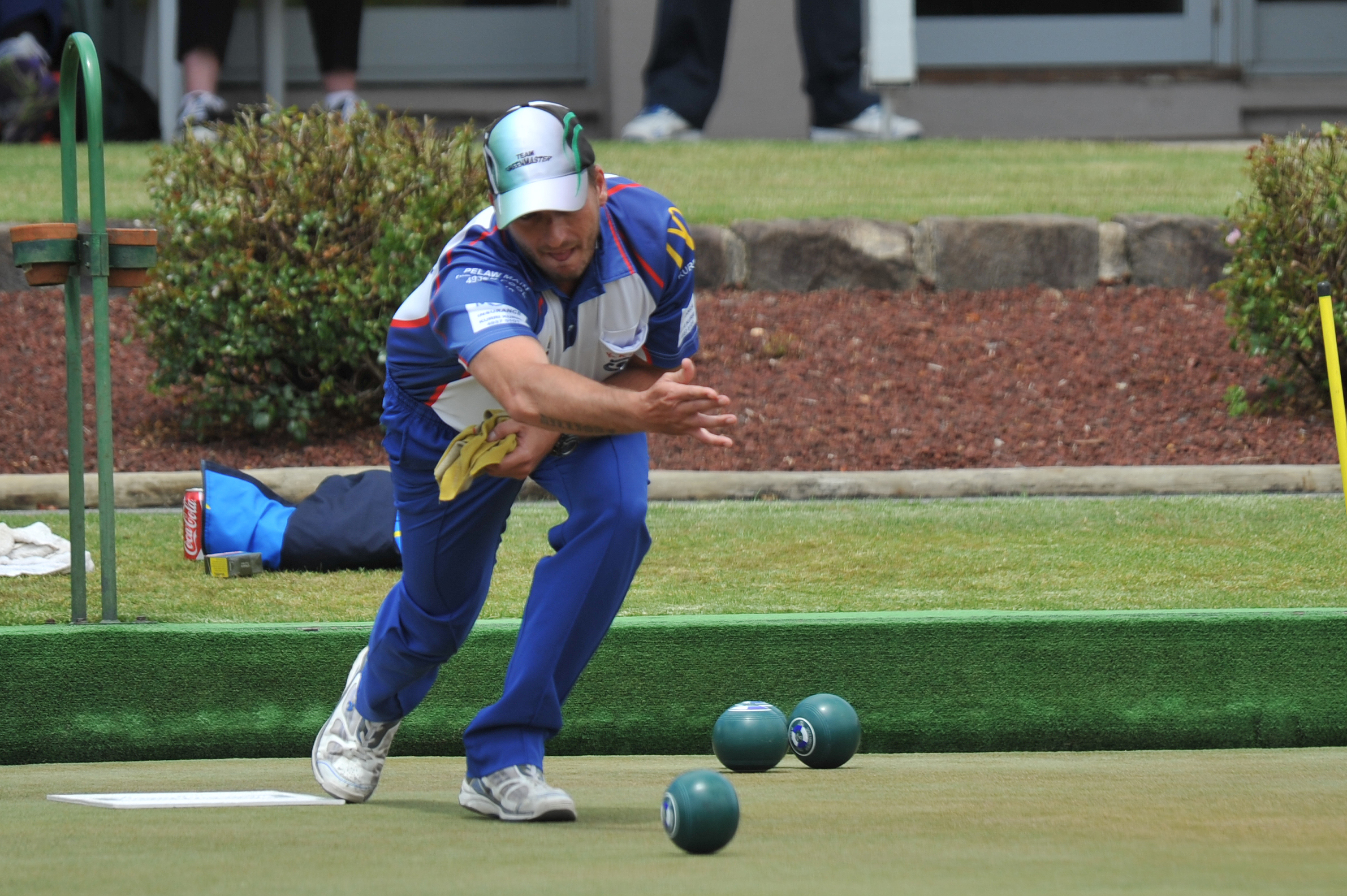 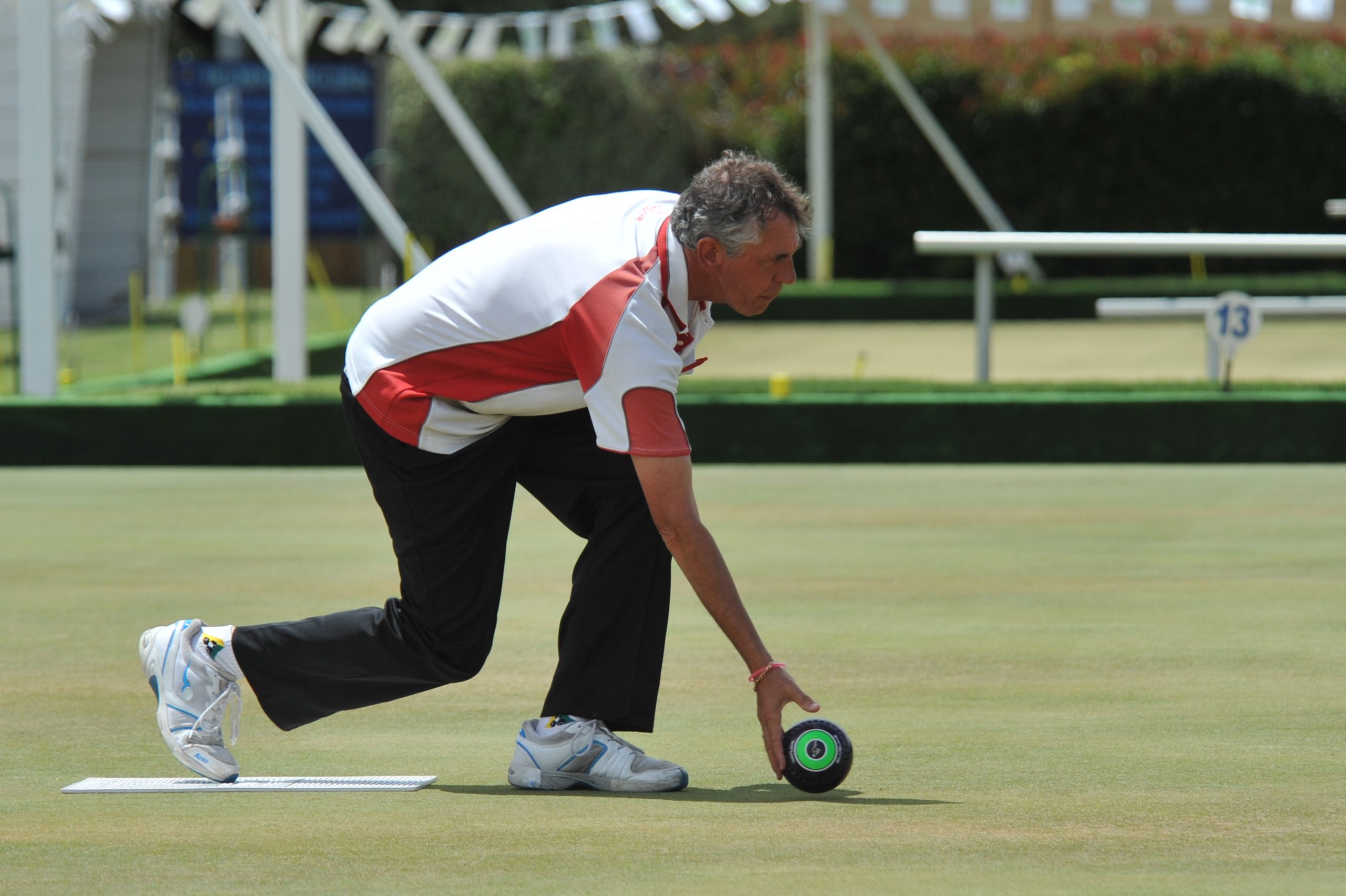 The Kurri Kurri New South Wales bowler was unstoppable through the opening 14 ends, building an almighty 20-2 lead punctuated by persistent precision and the odd stunning shot.

Such was his robotic consistency, Spencer requested to check Baker’s heart rate between ends after the Novocastrian picked up a sensational two he had no right to win.

Spencer had trailed the jack with his first bowl to thwart another nice lead from Baker, but the latter trailed his own bowl to within inches of the kitty with Spencer’s still resting on it.

For his next trick Baker played a gorgeous backhand to push the jack toward his grouping to win the end with astounding finesse and extend his lead to 16-1 after 11 ends.

“He put two inside two and half inches up there when I had one three inches behind… he deserved it.”

Baker led 6-1 after four ends when a short rain delay intervened, but the break did Spencer no favours.

The Brighton bowler was reduced to driving end after end in a desperate attempt to blunt Baker’s consistency, though for every bowl he displaced another was there in the head.

Spencer managed to remove two lead bowls on the sixth end with his fourth, but Baker still claimed two to go 9-1 up.

The 12th end finally yielded a shot to Spencer to make it 16-2, but Baker responded with a three, then a single despite the former putting one within an inch.

In cold, blustery weather with the occasional sprinkle of rain, the ‘machine’ eventually began to show some signs of rust as Baker lost his radar on the 15th end.

Immediately following an apparently enlightening bathroom break, Spencer began to seize the momentum with a series of long ends playing into his hands.

Baker lost his rhythm and struggled with his weighting as Spencer strung 11 shots together including back-to-back threes on the 19th and 20th ends.

It took a stunning fourth bowl on the 21st end to stop the rot, as Baker claimed the shot to save three and kept his cool to win out 25-13 and with it a $3500 cheque for first place.

“I just thought head down bum up, try and get one shot and get the mat back and shorten it up a bit, on those long ends he was just killing me,” Baker said.

Baker said his fourth attempt at the classic brought with it more focus, after he came so close in 2013.

“Old Charlie Ward got me two years ago, I came back here pretty determined and got a win up thank god,” Baker said.

“I’d just like to thank all the bowlers I’ve played against here, it’s always welcoming, the club’s great, Yallourn itself, I’d love to move here myself.”

For Spencer it was a case of deja vu in his second consecutive runner up finish.

Last year’s champion Tony Shiavello was felled by Trentan Healy in the quarter-finals, where Yallourn’s George Lambos also exited after his semi-final appearance in 2014.