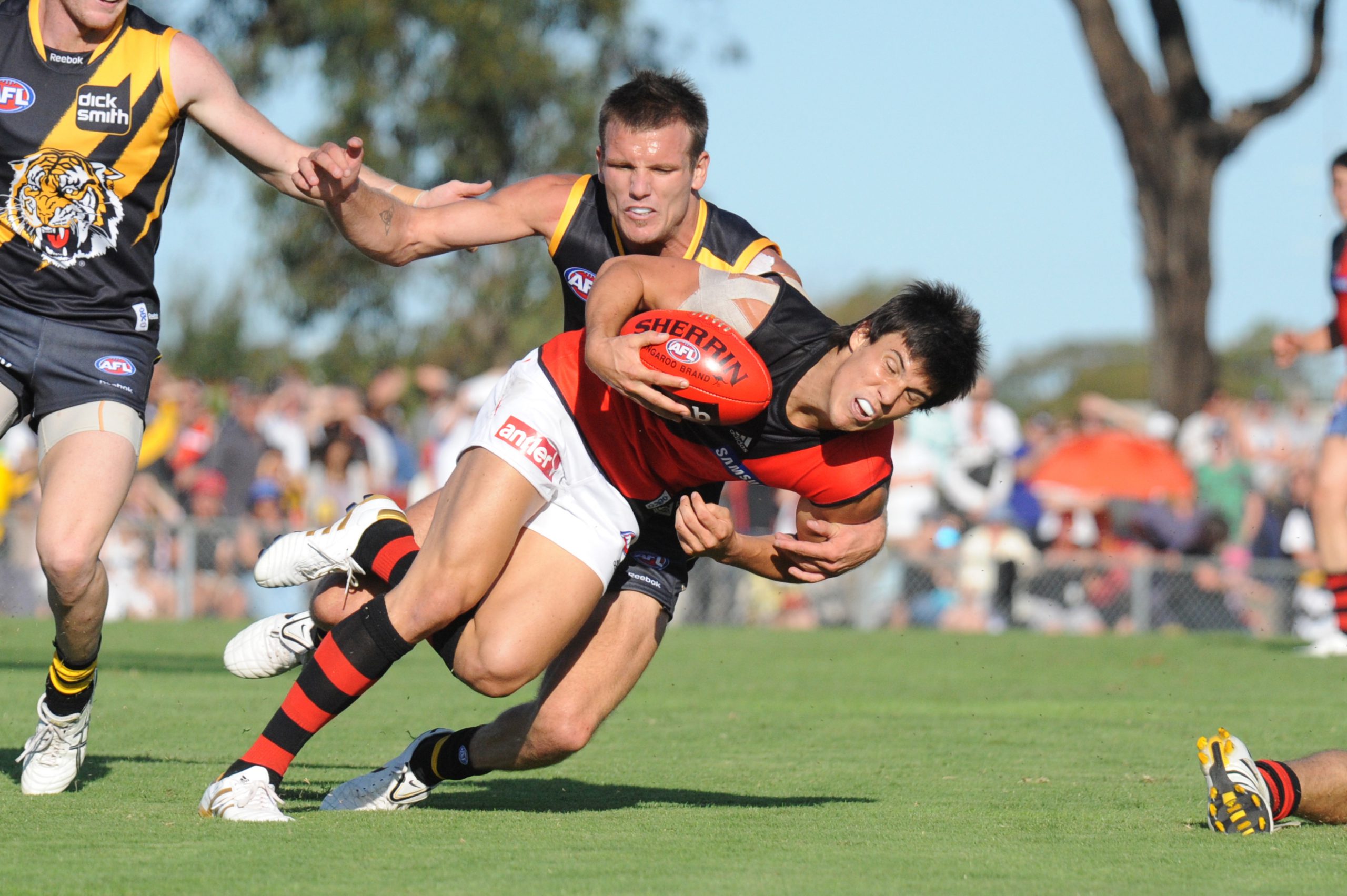 ESSENDON chair Paul Little has denied the Bombers were ever going to boycott the NAB Challenge, and says an “appropriate” solution has been found with 25 players from the club’s list in 2012 given the option of sitting out the pre-season competition.

The AFL announced on Friday the Bombers would field a team but the details as to where the “top-up” players would be sourced from, including Essendon’s VFL team, were still to be resolved.

It is expected these players will come from the state leagues.

The AFL has confirmed the league would negotiate on the details of the salary cap implications from the additional payments made to top-up players but this was a manageable issue.

Essendon coach James Hird said the club always expected to play in the NAB Challenge but he was waiting to learn which players would be available for the first game in Morwell.

“I think everyone from Essendon is happy we are going to play,” Hird said.

“I think people probably got a bit excited in their comments about us not playing.”

Dons captain Jobe Watson said the playing group had “held together and hopefully that continues” through a difficult period.

Little said preserving the anonymity of the charged players still at the club – which Fairfax Media believes to be 17 – had been paramount.

The remaining eight players from 2012 not charged will sit out to protect the identities of their teammates facing the charge of having taken a banned substance.

“At no stage has the club refused to take part in the NAB Challenge competition. We needed to carefully consider the ramifications on all stakeholders involved,” Little said.

“We understand the importance of our commitment to play in the pre-season competition and our responsibility to the broader AFL community – this has never been in question.”

The Bombers open their pre-season competition against St Kilda in Morwell on 7 March.

“It has been an incredibly sensitive and delicate matter. We respect the importance of player anonymity and support the AFL’s proposal to exclude all 2012 listed players from the NAB Challenge to protect the identity of our players with provisional suspensions,” Little said.

“The unavailability of our 2012 listed players, our injured players and the physical conditioning and preparation of some of our younger and older players, added to the complexity and time required to find the best solution for us to play in the NAB Challenge competition.

“The solution involving the confidentiality issues being respected and the use of non-Essendon-listed top-up players is appropriate under the circumstances.”

AFL general manager of football operations Mark Evans said the league had “great sympathy with the players who are facing a difficult time, but we are confident that the club can deliver a good team for the NAB Challenge”.

He said details were still to be finalised but it was expected there would be an appropriate solution regarding any payments to state league players required to top up Essendon’s list.

VFL football operations manager John Hook said he had worked closely with the AFL’s legal counsel Andrew Dillon on the matter and he said he doubted the fact that players were contracted to VFL clubs would prohibit them playing at a higher level in the AFL.

AFL Players Association chief Paul Marsh spent time at Essendon’s Tullamarine base on Friday, working to finalise the deal which would ensure that the pre-season series went ahead.

The AFL Anti-Doping Tribunal reconvenes today and tomorrow for oral submissions but has received written submissions from ASADA, the players’ counsel and the AFL.

The ASADA submissions alone are understood to be several hundred pages long.

After the two days of oral submissions, David Jones and the panel will need to analyse the testimony from the weeks of hearings, the oral submissions made next week and all of the written submissions and conclude a written judgment separately for each of the 34 charged players.

It would be expected that Jones will be asked at next week’s hearings for a possible time frame for a written judgment with the Bombers’ first home-and-away match against Sydney looming on 4 April.

The players remain provisionally suspended until a judgment is handed down.