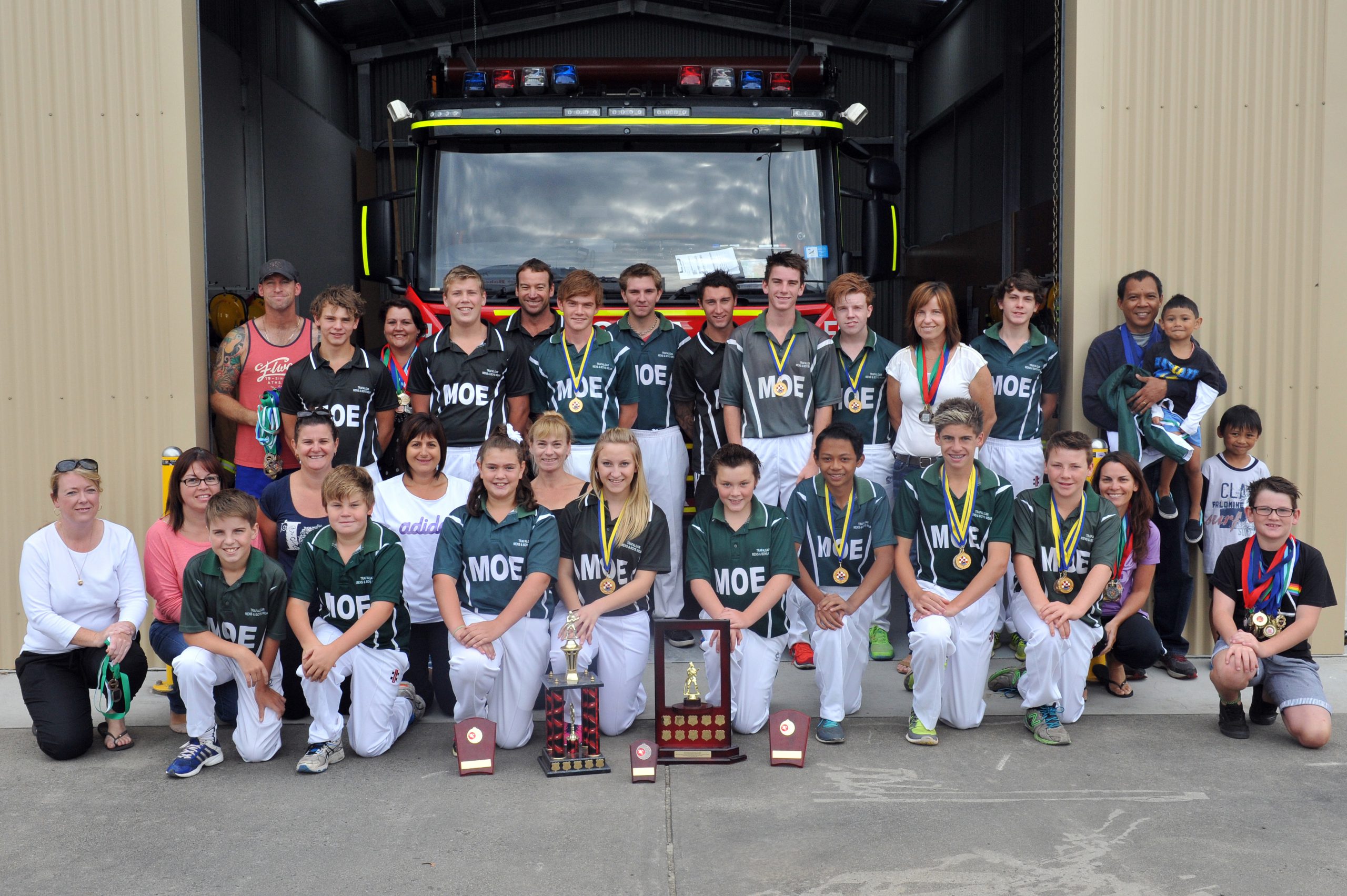 IF Jon Dewsbury were a betting man instead of a fireman, he’d be putting the Moe Country Fire Authority headquarters on his junior charges at this weekend’s 2015 Volunteer Fire Brigades Victoria Urban Junior Championships at Horsham.

The under 14 and 17 squads – coached by Dewsbury – have been on a tear this year, breaking six urban fire fighting records in the past few weeks en route to two overall wins from three competitive demonstrations.

“They’re proving to be some of the toughest competitors in the state at the moment,” Dewsbury said.

“I think they’ve got expectations that they do well and really show all the hard work they’ve put into it.

“They don’t have a weakness from what I can see.”

Urban fire fighting features events involving fitness, skill and speed with hoses and equipment, and putting water onto a target in a mock setting designed to foster the next generation of volunteer and career firies.

The team will head to Horsham with hopes of replicating last year’s feats, where Moe scored wins in under 14 and under 17 disc striking wet events and second place in the under 14 wet hose two competitor contest.

While the squad itself includes 17 members, the Moe brigade will send more than 50 people along in support staff, parents, helpers and spectators to cheer on what has become a rally point for the CFA branch in recent years.

Since re-establishing the running team four years ago, the brigade has blossomed at all levels.

“I’ve got five kids now that will push on to be volunteers by next summer which will be great for Moe; we were struggling for quite a few years there with members and people to get people on fire trucks due to age,” Dewsbury said.

“Now we’ve got the junior running team back up we’re going to have kids on trucks and families (involved).

“It’s a totally different place down there, it’s a family fire brigade now… you’ve always got 20 people that rock up to a fire and want to help and protect their community.

“The Moe fire brigade hasn’t benefitted like this… in a long time.”

In contrast to last year’s lead up, afflicted by the Hazelwood mine fire, limited fire activity has ensured the squad has enjoyed a thorough preparation for the championship.

Dewsbury said the competition was also a great networking tool for those who go on to further their careers in fire fighting.

“You meet people from all round the state, (and country) which means they’ve got connections everywhere, and it doesn’t matter where they go now… if they become a senior fireman and travel around Australia to go to fires you’ve always got that person from the next town looking over your shoulder and they’ve got your back,” he said.

Teams from Morwell and Traralgon are also set to compete at the championship against more than 700 competitors from across the state, comprising 75 teams from 46 brigades.