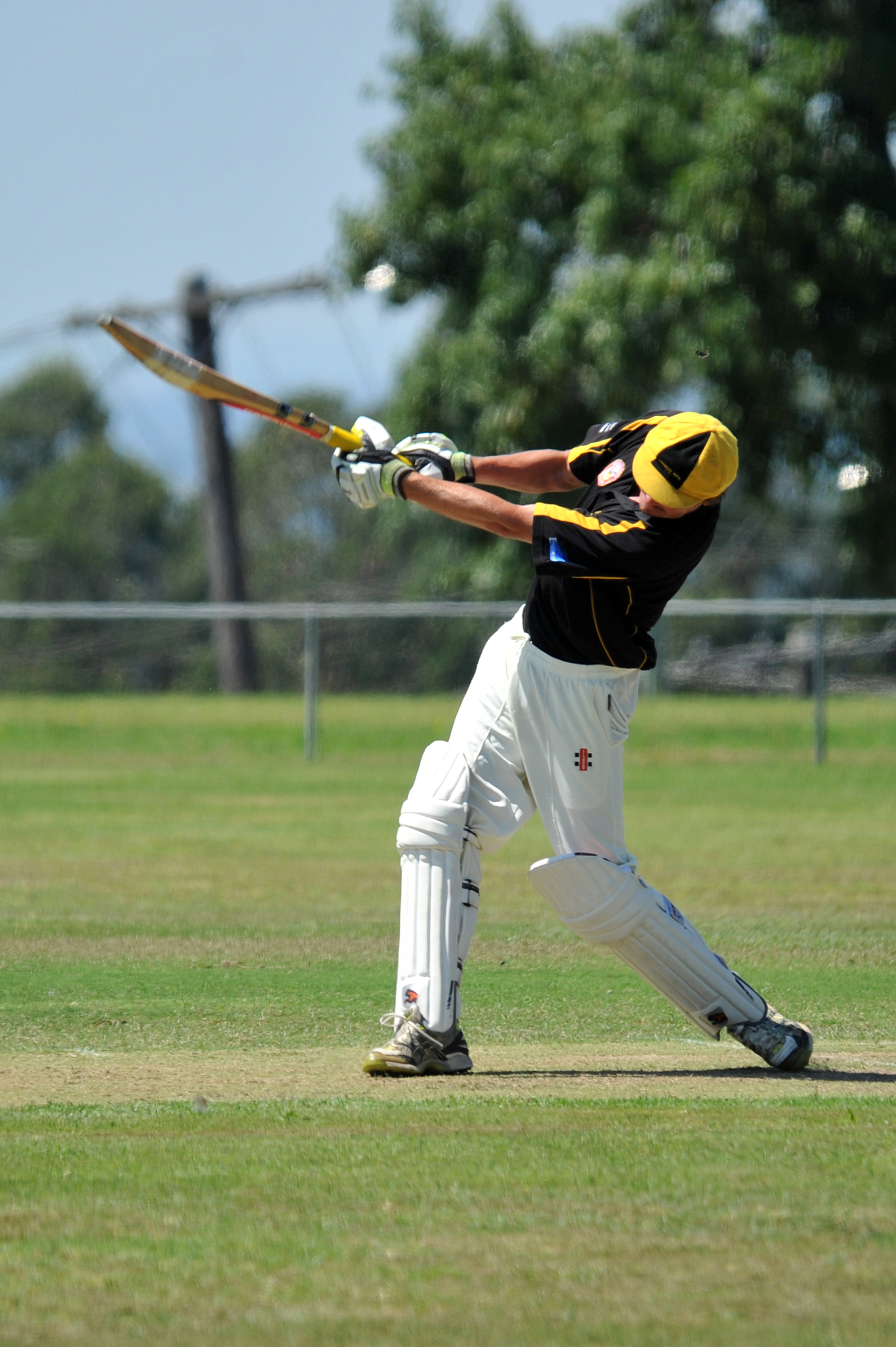 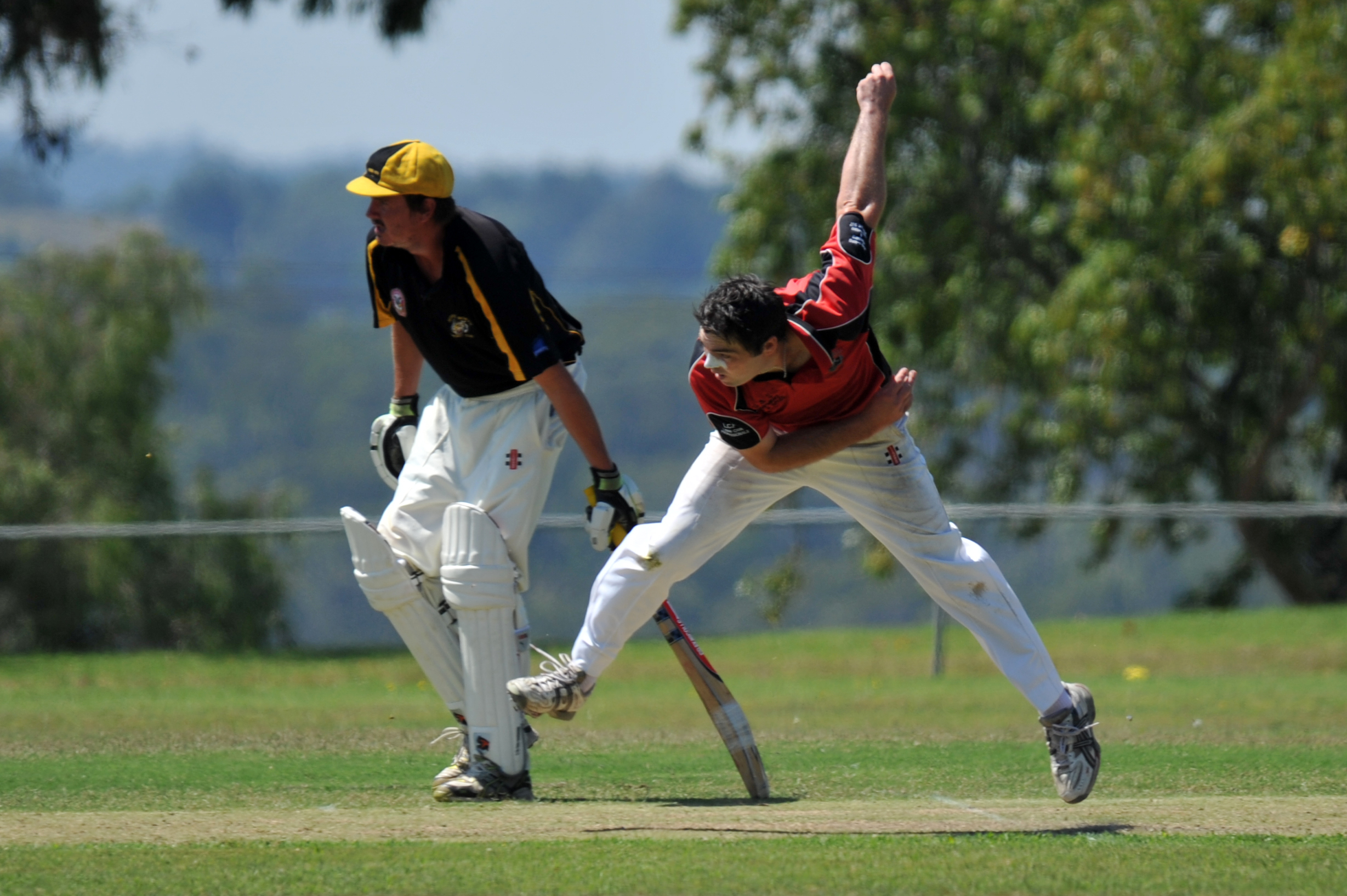 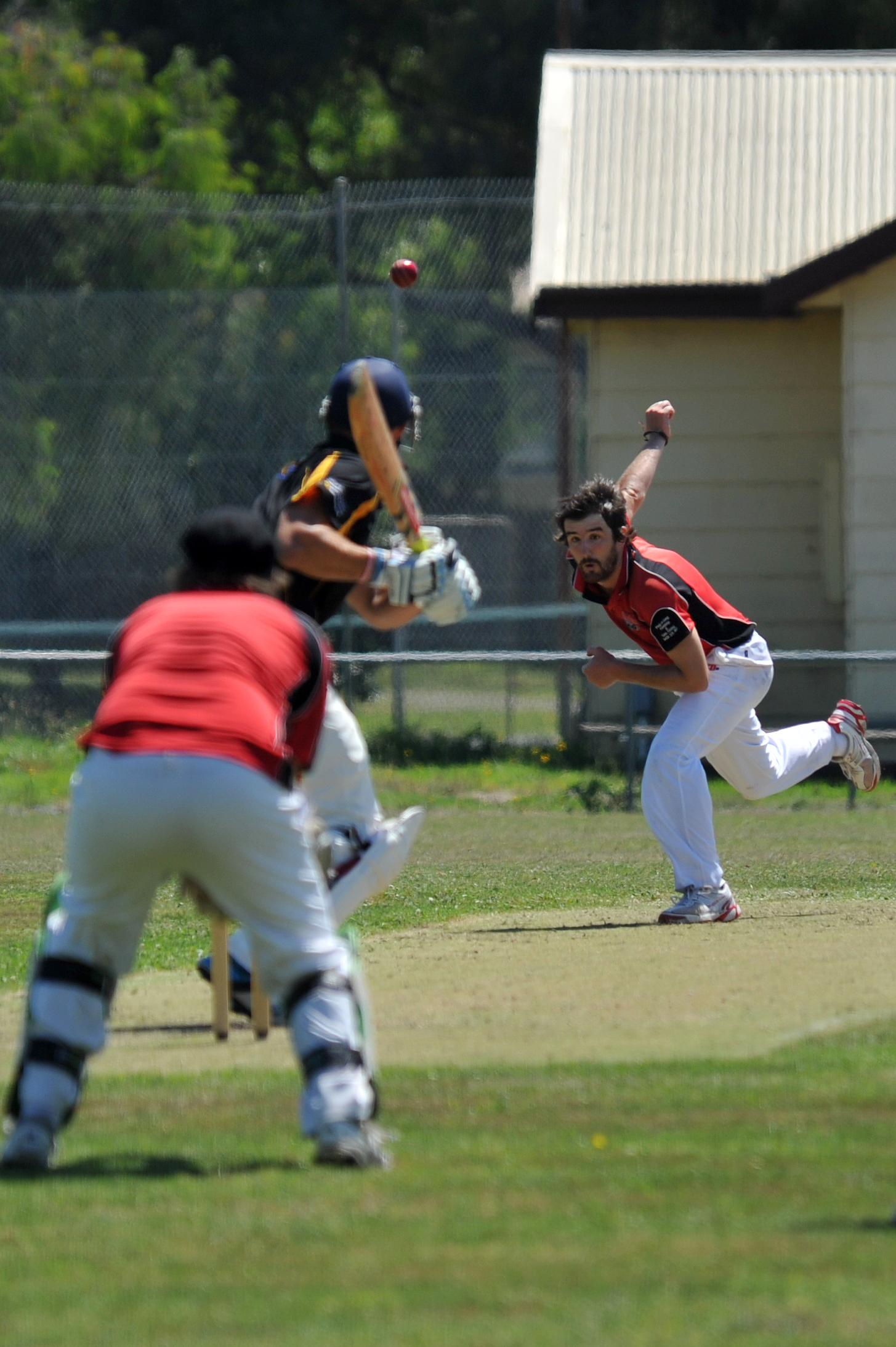 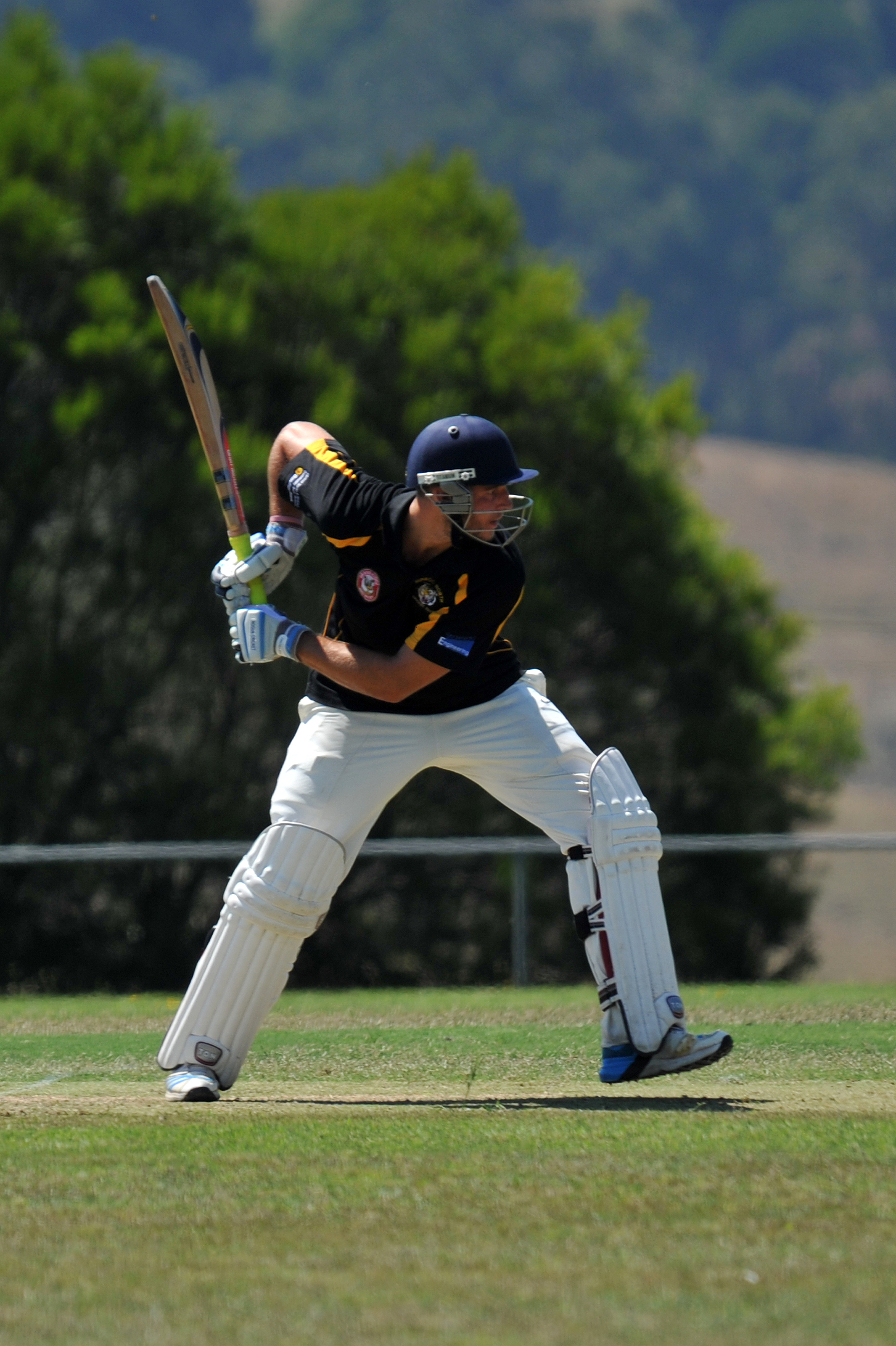 TRAFALGAR squandered its chance of finishing third on the Energy Australia Cup ladder and dodging an away semi-final against the dangerous Mirboo North.

Daniel Heathcote’s 3/34 played a significant part in restricting Moe to 8/164, while Nathan Simpson picked up 2/34 including the ominous Andrew Philip, who was set and eyeing off a big score on 70.

The Lions were off to an atrocious start, losing both openers without scoring to be 2/0, before Philip and Sean Spiteri pieced the innings back together with a 75-run partnership for the third wicket.

A mad dash for runs at the end of the innings saw the Lions reach a reasonable total.

In contrast Trafalgar was off to a flyer with Rhain Howarth-Ross (24)and James Blaser complementing each other nicely at the crease.

Blaser’s aggression saw him score 60 of the Ships’ first 87 runs before he was dismissed by Luke Mulqueen, but the home side was sitting pretty at 2/101.

Aaron Walshe was introduced to the bowling crease which proved a masterstroke as he removed Rhys Holdsworth, Will Cheatley, Chris Robinson and Nathan Simpson, his 4/27 tearing the heart out of the Ships’ middle order.

Philip had Aiden George caught to leave Trafalgar reeling at 7/132, with all their experienced batsmen back in the sheds.

Mulqueen nabbed 3/19 to clean up the tail in a tense finish as Trafalgar was dismissed seven runs short of the target.

JED Alexander’s belligerent 81 put Mirboo North in a strong position against Yallourn North, as the Tigers racked up 4/232 before rolling the Bombers for just 69.

A 97-run stand between Alexander and Callum Buckley (39) paved the way forward, before even contributions from Shane Peters (29) and Robert Phoenix (48*) pushed the Tigers on to bigger heights later in the innings, showcasing their batting depth.

Jeremy Butler was the only man for the Bombers to find any assistance from the pitch, with his left-arm orthodox spin producing 2/29, but his bowling partners were much less effective.

Liam Smit removed Lucas Fry without scoring and when Tyler Brown followed straight after for just one, it brought Josh Keyhoe and Patrick Spiteri together early on in the piece.

The Bombers needed a big partnership however the pair put on a mere 21, the biggest of the innings.

The dismissal of Spiteri for 17 opened the floodgates, with Keyhoe’s 35 the only other double-figure score for Yallourn North.

Steven Rogers (3/19) and Peter Grima (3/4) rolled through the lower order to humble the Bombers for a low score.

LATROBE reached 7/195 thanks to a brilliant 84 from Anthony Bloomfield, featuring supporting knocks from Kaushik Aphale (38) and Justin Vajler (24).

Travis Pickering bowled well to take 3/42 while Nathan Hammond picked up 3/17 including Bloomfield.

In reply the Blues lost too many wickets at the start and were never in the hunt.

Chris Johnson removed the dangerous Fraser Smith for nine and tore through the middle order, taking 6/19 while Aphale also bowled well and nabbed 2/24 to have Thorpdale all out for 123 in the 43rd over.

The wickets fell to Troy Oakley, Dave Reynolds and Matt Coutts, who was promoted from third grade.

Brincat (3/24) and Mark Cukier (3/37) put paid to any slim hopes the Bulldogs had of chasing the target, but Reynolds (41) and Leigh Colgrave (27) ensured that the home side did itself justice by facing out the overs to finish at 8/145.

LATROBE defeated a weakened Morwell side after batting first and posting 174, thanks largely to Kris Wells (66), with Mark Lawrence (32) and Evan Sheekey (22) chiming in.

Roger Henry was excellent for the Tigers with the ball, taking 3/16 while Kris Fortuin picked up 2/34.

Fortuin and Alex Henderson put on 56 for the first wicket but after that there was no fight in the Tigers’ bats; three wicket hauls to Lawrence, Nathan Nikodemski and Jon Hayes gave the Sharks the points.

Brayde Bosman picked up 4/28 to clean up the home side.

Trafalgar then made sure of the points thanks to Liam White (43*) and Blair Clymo (33).

Paul Cake’s 120 ensured that Moe had enough to see off Rawson.

Damon Bednarski (4/34) did the damage for the home team.

THORPDALE gave St Vincents a big challenge, as Brian Hammond struck 62 to push the Blues on to 166, with help from Liam Swallow (32) and David Ferguson (22).

Andrew Blair with 3/28 was the Saints’ best bowler, while Shine Shanmoghan picked up 2/2.

The visitors were in serious trouble early and owed the points they earned to Blair (64) and Alex Cooper (41) who made more than 100 runs between them.

Cooper guided them to the target eight wickets down in a tight finish.

Swallow (4/27) and Blaiden Dyke (4/34) were impressive but their efforts turned out to be in vain.