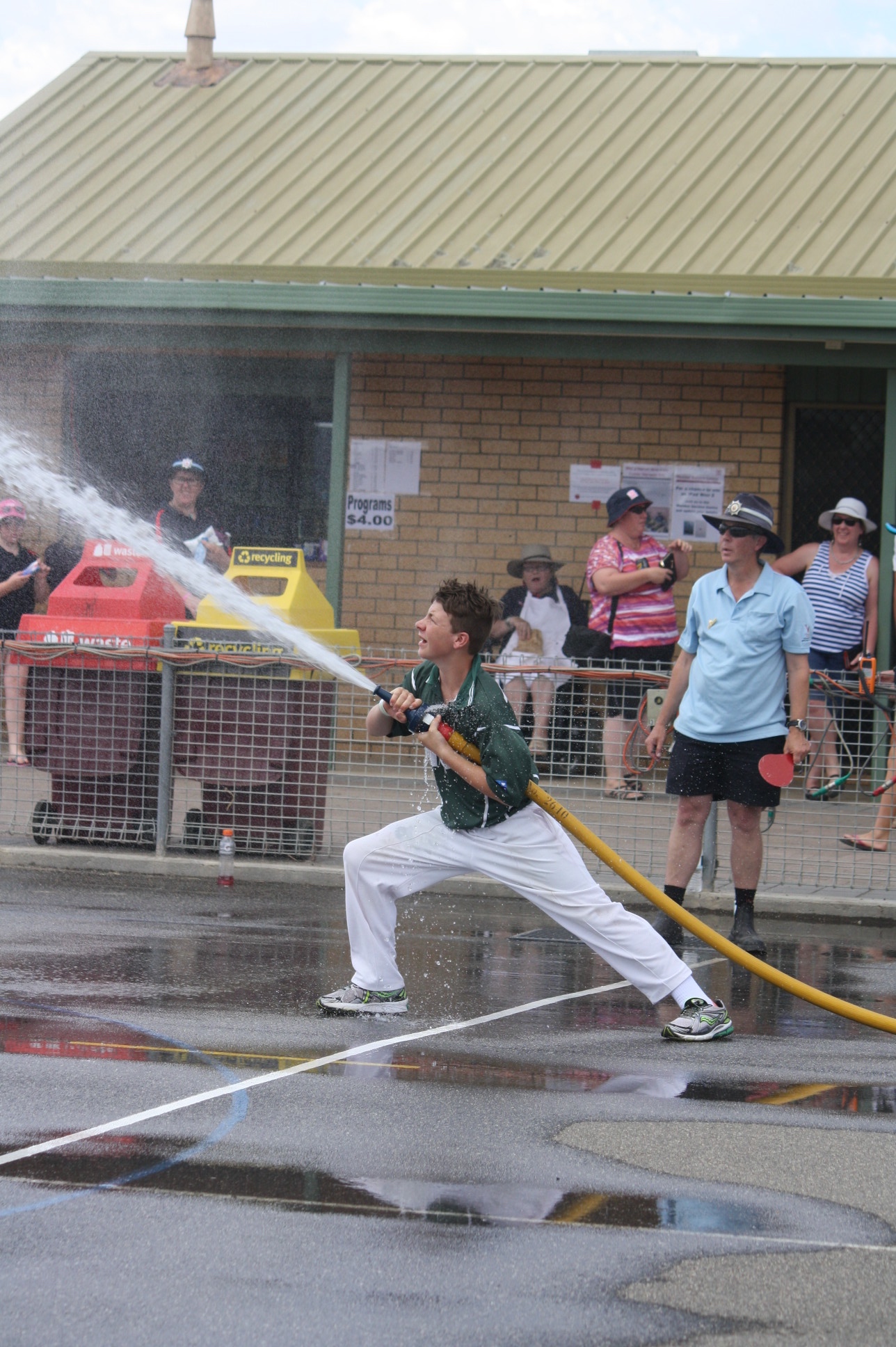 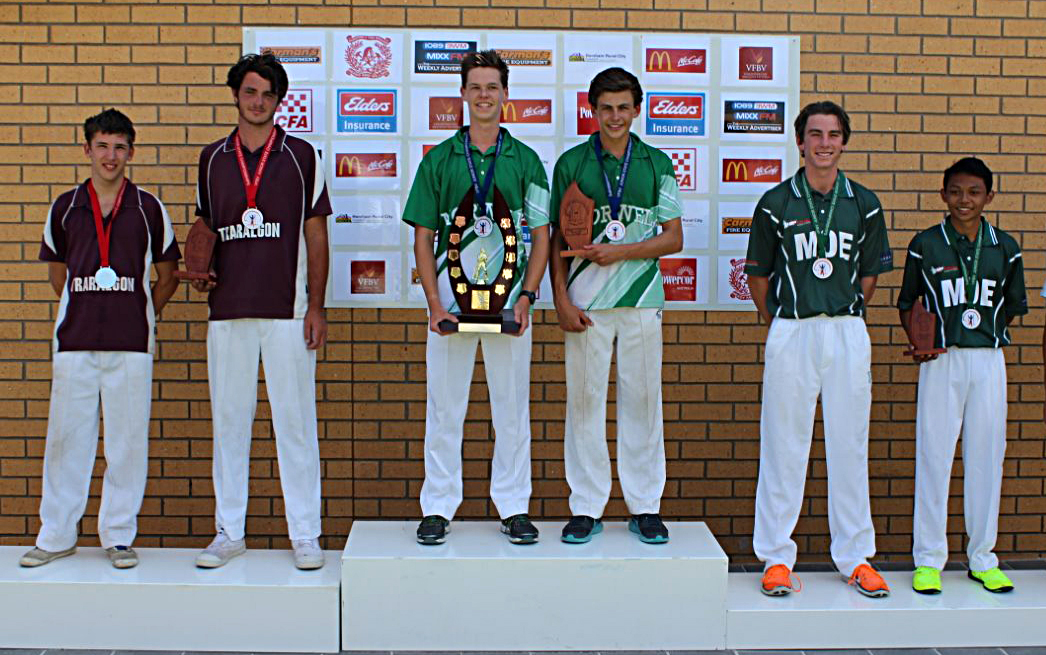 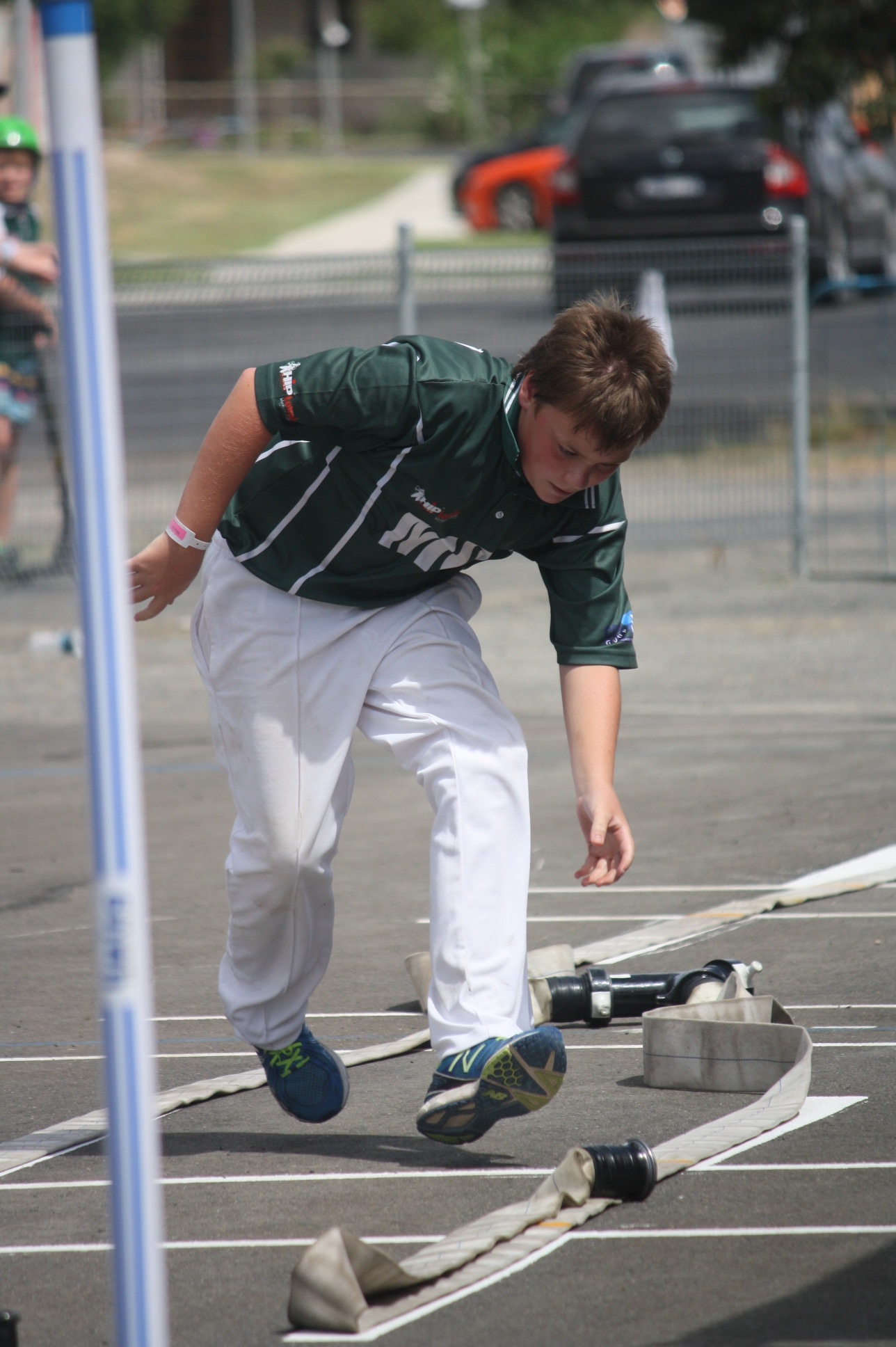 AN all-Latrobe Valley podium in the under 17 two-person marshall put the eastern region in the spotlight at the Volunteer Fire Brigades Victoria Urban Junior Championships in Horsham at the weekend.

Morwell pair Joe Darling and Cameron Brinsmead finished ahead of Traralgon duo Jacob Brady and Mitchell Fawkner, with Moe’s Matty Pearce and Alfranz Aboan close behind in third, with .32 of a second separating the top three in event 17 on the urban firefighting program.

The race was not without controversy – Morwell had to appeal against disqualification before being named victorious – but shading the western suburbs was a momentous, achievement according to Moe CFA second lieutenant and ‘coach of the day’ Jon Dewsbury.

“It was very good to see the western side of the state get pushed aside, because it’s not very often the eastern side gets to take over,” Dewsbury said.

“It just showed the kids are here, they’re working very hard at it and all six of those kids that got a trophy really deserved it.”

All three local brigades enjoyed success at the championships, which ran in temperatures hovering around the 42 degree mark at times.

Traralgon showed aplomb in the under 14 division, with Olivia Farmer excelling in individual disciplines and as a couple with Liana Farmer in the two-person Y Coupling event, taking out third.

Morwell enjoyed its victory in the two-man marshall, while Moe finished third in both the under 17 division and wet events, and sixth overall.

“It was fantastic for the simple fact that the two teams that finished above us were upper age kids where our kids are still quite young, their bodies haven’t quite matured yet,” Dewsbury said.

“The rest of the state have got to watch out for Moe’s under 17s next year that’s for sure.”

Only seven points separated Moe from first place in the 17s and the points race came down to the wire.

All three top teams, Swan Hill, Tatura and Moe missed out on a podium in the last event which could have led to the carnival championship.

“All three of us blew up and none of us placed, so the points didn’t change,” Dewsbury said.

The Moe under 17 squad proved capable under pressure, winning two run-offs after finishing in dead heats.

Pearce, Aboan, Brandon Grando and Lachlan McKay tied for third with Tatura in the wet hose striking second disc in 17.49, and went on to secure the bronze in the tiebreaker.

Following suit Pearce and Grando clocked a better split than the champion Swan Hill during the second place run-off against Kellerberrin in the under 17 two man wet hose.

“In the four years we’ve been competing I think we’d (only) had one run-off (before).

“In one of the events the time they did the run-off in they would have won it.”

“It’s great groundwork, it gives them a lot of leadership skills, a lot of determination to improve as an individual, not just as a competitor, but as a person,” he said.