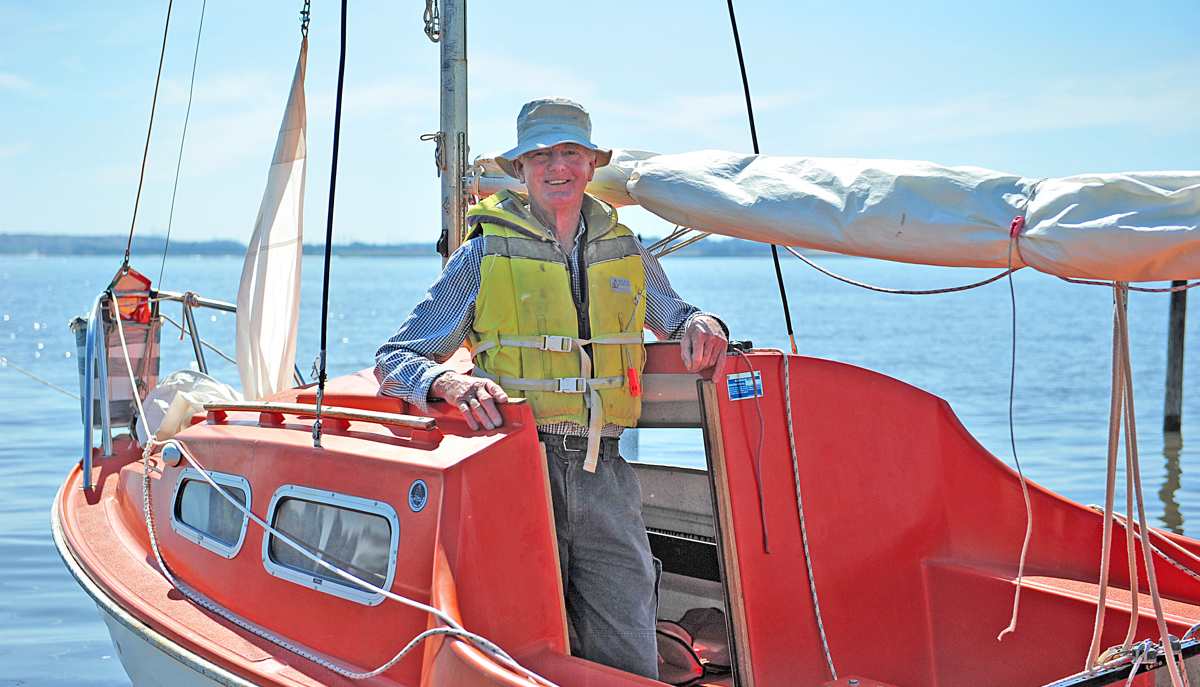 FROM sailing alongside a pod of dolphins to desperately bailing water out of his flooded yacht’s cockpit in the dead of night, Frank Strickland has just about done it all at the Marlay Point Overnight Yacht Race.

The Latrobe Valley Yacht Club member has contested the annual Lake Wellington event for more than three decades, and is set to take his place in the fleet once more this weekend.

Now 69 years of age, Strickland’s Marlay Point tradition began in 1980, a decade that saw entry numbers regularly exceed 600 each edition, which has scaled back to the mid 100s present day.

Two years prior to joining LVYC and with limited experience on the water, Strickland learned the hard way in one of Australia’s premier races for trailerable yachts.

“I knew nothing but I had an experienced hand on board, and another bloke who’d been a rescue operator throughout the race for a few years, and he was absolutely terrified… he never set foot on a yacht again it scared him that much.”

Steeled by his maiden race, Strickland has returned year after year to sail his Explorer 16, the slowest yacht class in the field.

His vessel’s generous handicap ensures he remains a contender, and twice he has finished runner-up on adjusted time.

Strickland’s fastest time came in 1997, a blazing five hours and 45 minutes, but it was far from smooth sailing – the cockpit flooded approaching McLennan’s Strait and the crew of three had to frantically bail water from the boat to stop it sinking.

On just two occasions the veteran sailor failed to finish within the time limit, and has earned an iconic bronze medallion for completion in almost every edition since his debut.

Just about every race has offered up something new.

“You can’t estimate (how it will go)… we did it in seven hours (one year) and said we would do it in six the next year. Well we took 17,” Strickland said.

“You never know what you’re going to get; one night dolphins came boring across at us from Loch Sport and we thought ‘torpedos. We’re going to be sunk’.

“But of course they just fall in alongside, they like to play.”

In 1987 the race was postponed overnight due to wind, and eventually called off at 5am the following day.

Nonetheless half the fleet took off across the lake and the first to capsize was an Explorer, the same as Strickland’s, whose decision not to sail was instantly vindicated.

They brought the boat and crew in, but the medics forgot an important detail in their rescue operation amid fears of hypothermia.

“After a while I thought ‘well where is this John and his crew?’ and I found them… they were in sleeping bags upstairs in the club house and I asked ‘why are you here’?

“(They answered) because they took all our clothes away. We can’t get out of the sleeping bag – so that was amusing.”

Until recently, Strickland owned two Explorers, ‘Rachel’, his race boat for 29 years, and ‘Emily’ which his daughters used to sail.

When his children grew up and moved away, Strickland’s wife said one had to go, and naturally the slower boat was sold – “poor old Rachel got the flick”.

Emily has one Marlay Point under her belt and is set for her second voyage, with Strickland’s daughter Jane among the crew of three.

While he would not dare to speculate on his finishing time, Strickland merely hoped to come ashore under the cover of darkness.

“You can’t work it out, because you’re relying on the wind and that’s it,” he said.

“If you’re still out there at midday, in the blazing sun, waiting for a sea breeze it’s nonsense, but if you can finish at two or three o’clock in the morning, which you should do, it’s fine.”

The race will be staged this weekend, starting at Marlay Point, some 22 kilometres from Sale on Lake Wellington.