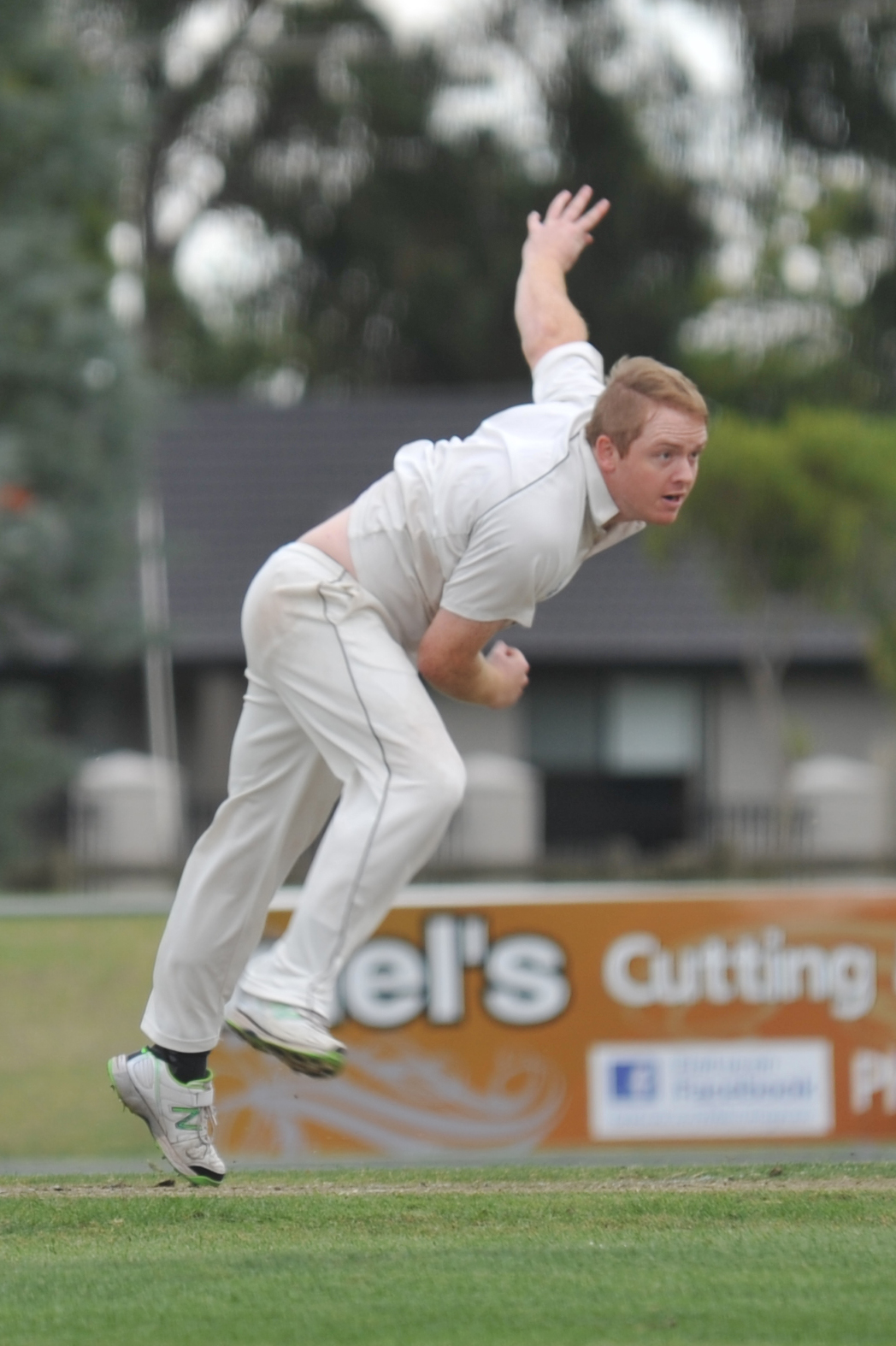 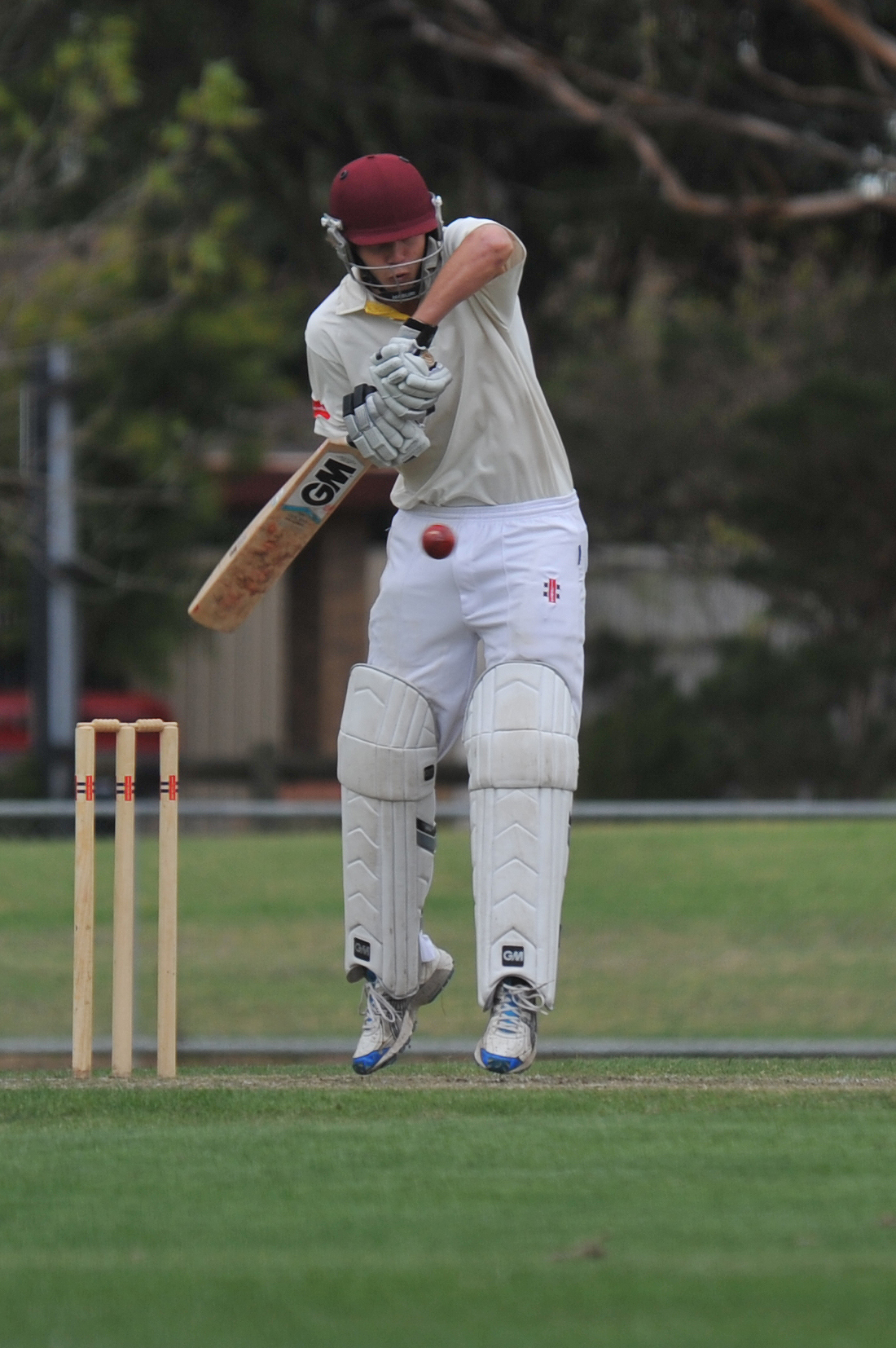 RAIDERS were in immediate trouble after winning the toss and batting when an errant hook shot from Mick Higgins went straight to the keeper and he departed for a duck.

Soon after Liam Maynard (4) received a peach from Jarrod Allan, again caught behind, as Glengarry took the honours in the first half hour.

Resistance came from Jason Macfarlane who enjoyed the fast wicket and cut anything short to the boundary.

When Raiders lost Macfarlane, who belted seven fours in his innings of 36, the score slumped to 6/74.

Dave Embleton was fantastic and belted everything in sight to smash 44 of 37 balls which included nine fours and a six.

Aiden Quigley worked hard for 11 before Raiders were bowled out in the 53rd over for 143.

Glengarry started its innings in disastrous fashion as Raiders swooped to claim Paul Henry for three.

Hayden Ross-Schultz then went lbw for three, before a shocking run out saw Sam Marks depart for seven to leave Glengarry reeling at 3/18.

A good partnership of 43 between Frank Marks and Ben Julin took the score to 61, before the latter received a great ball from Ross Whelpdale that had him stumped for 16.

The Magpies finished Saturday’s session at 4/72 needing a further 72 runs to win yesterday.

A positive mindset saw the Pies reel off runs at will as Frank Marks and Ryan Delaney took control.

Franks Marks was dismissed for a solid 40 and soon after Delaney went for 22.

Glengarry would not be denied as Ben Marks took control to make a match winning 20 not out.

CENTRALS batted first against Ex Students and started poorly when leading run scorer Jamie Hall was out for two.

Dylan Freitag did not last much longer and departed for five as Centrals fell to 2/ 12.

When second drop Corey Pollard was run out for five Centrals were in dire straits at 3/24.

Dean Rode was batting well and dug in for a long stay at the crease.

Mark Rawson hit up a handy 27 but when he went hope was fading for Centrals.

Rode and Steve Hazelman set about a rescue mission and took the score to 147 before the former went for a dogged 73.

Hazelman stuck to the task and he was not out 49 as Centrals reached 172 all out by stumps on day one.

Rob Voss and Michael Warne both bowled well to take three wickets each, while Andy Matthews chimed in with two.

Day two started with Greg Munro being dropped by the keeper off the first ball in a costly miss.

However Centrals struck at the other end.

Jimmy Pryde and Jordan Gilmore both departed without scoring as Centrals snared 2/5.

A fantastic partnership of 78 put the Sharks back on track before Jackson McMahon was out for a well made 33.

When Dylan Spence went for 10 and then Munro, who top scored with a 60, followed by Mitch Membrey (1), the Sharks were floundering at 6/123 and Centrals started to swarm.

The resistance fell short as Rick Battista posted a match winning 46* and Michael Stockdale made 16* to see Students home with 6/175.