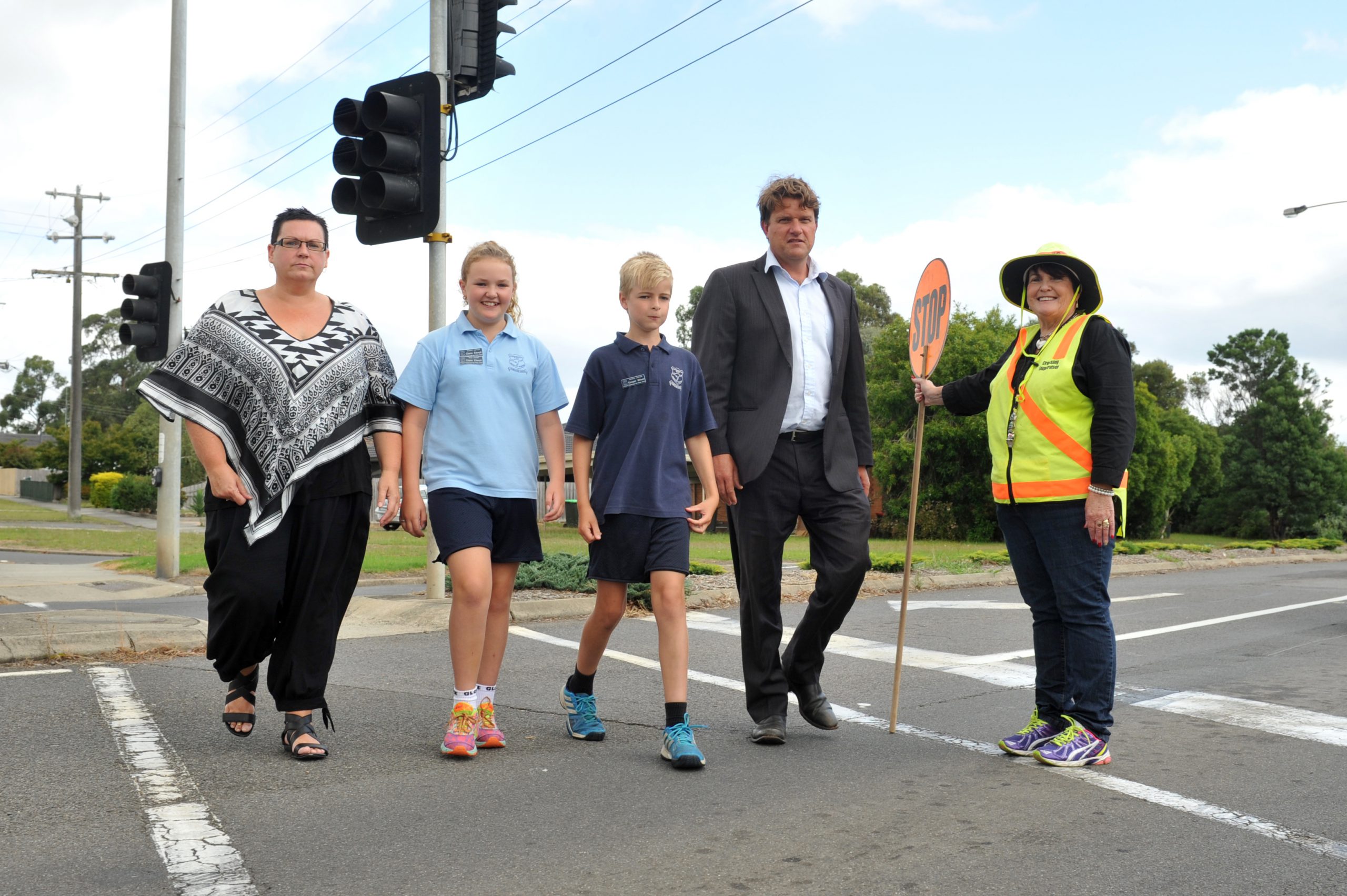 THE Newborough East Primary School community are about ready to pull their hair out over inadequate speed zones on adjacent roads.

For two years they have sought the support of VicRoads, Latrobe City Council, and politicians to lower the 80 kilometre speed limit on John Field Drive to 40km, to no avail.

“There are five year-old kids here and trucks roaring through. I live on the road myself and I’ve nearly been run over myself and I’m an adult,” the school’s council president Jeanette Hutton said.

Ms Hutton said VicRoads would not return her calls and emails, estimating a dozen pieces of correspondence with the authority since 2012.

“We’re not getting anywhere anymore, what else can we do to try to get it changed?” she said.

Students attending the school can currently enter the school via Southwell Avenue and Old Sale Road, where 40 kilometre zones apply.

He also pointed out the inequity of Lavalla Catholic College’s Presentation Campus – further along John Field Drive – having a 40 kilometre zone.

“That’s good, that’s a school that needs to be a 40km zone, but we’re a school with kids with less road sense,” Mr McKittrick said.

“Kids in prep, grade one, two and three, their peripheral vision isn’t developed properly yet.”

VicRoads regional director Scott Lawrence said based on this current arrangement, a 40km school speed zone was not required.

Mr Lawrence disregarded arguments about the 40km zone on John Field Drive for the high school, saying this was the main access point for students through the gate.

“At Newborough East Primary School there is no school gate access from John Field Drive,” he said

The Express phoned Lavalla Catholic College for comment, but they did not respond before going to print.