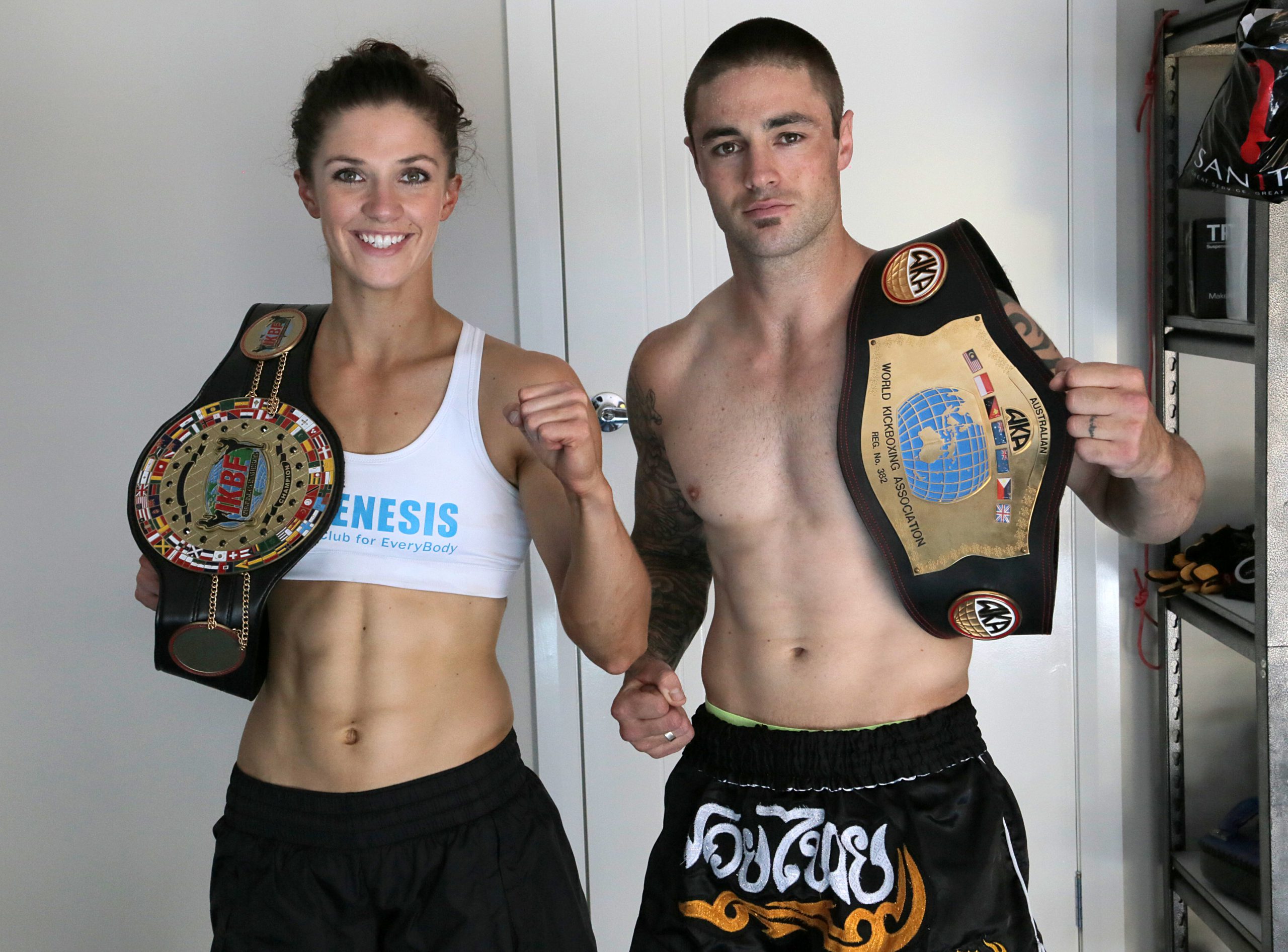 A LOCAL husband and wife duo are set to lay the smackdown on home turf this weekend when kickboxing bursts into Traralgon for the first time in about two decades.

The accomplished kickboxers have never fought in front of a home crowd before, and are excited at the opportunity to thrill a parochial audience.

“It’s very exciting for me and for Kim to be fighting in our home town since we do a lot of travelling to get to fights; it’s definitely something we’ve been looking forward to for a while,” Steve said.

“We’ve sold a lot more tickets than what we usually would, being a local event it attracts a lot more people and it probably helps that people know Kim and myself.”

While neither faces a title bout, both are expecting fierce battles to kick start their 2015 seasons.

“We haven’t asked for easy fights just because it’s our home town, we’ve got to have good fights,” Steve said.

“He (Baylon) has got a fair few more fights than I have so a fair bit more experience… it’s going to be a tough fight.”

The pair, who normally corner for one another, have only fought on the same card once before.

Steve said it was not an ideal scenario, but that both would put their best foot forward all the same.

“I don’t usually like it happening that way, it’s just added stress and added pressure having to watch Kim go through the motions of her fight, and the emotions before and after, then have to worry about myself as well,” he said.

One thing that has been ideal though is the couple’s preparation for the big night.

“The preparation has been good, like always, our best training partners are each other, we’re always there to push each other on,” Steve said.

Doors open at 6pm for a 7pm start to the card on Saturday night at Traralgon Basketball Stadium.