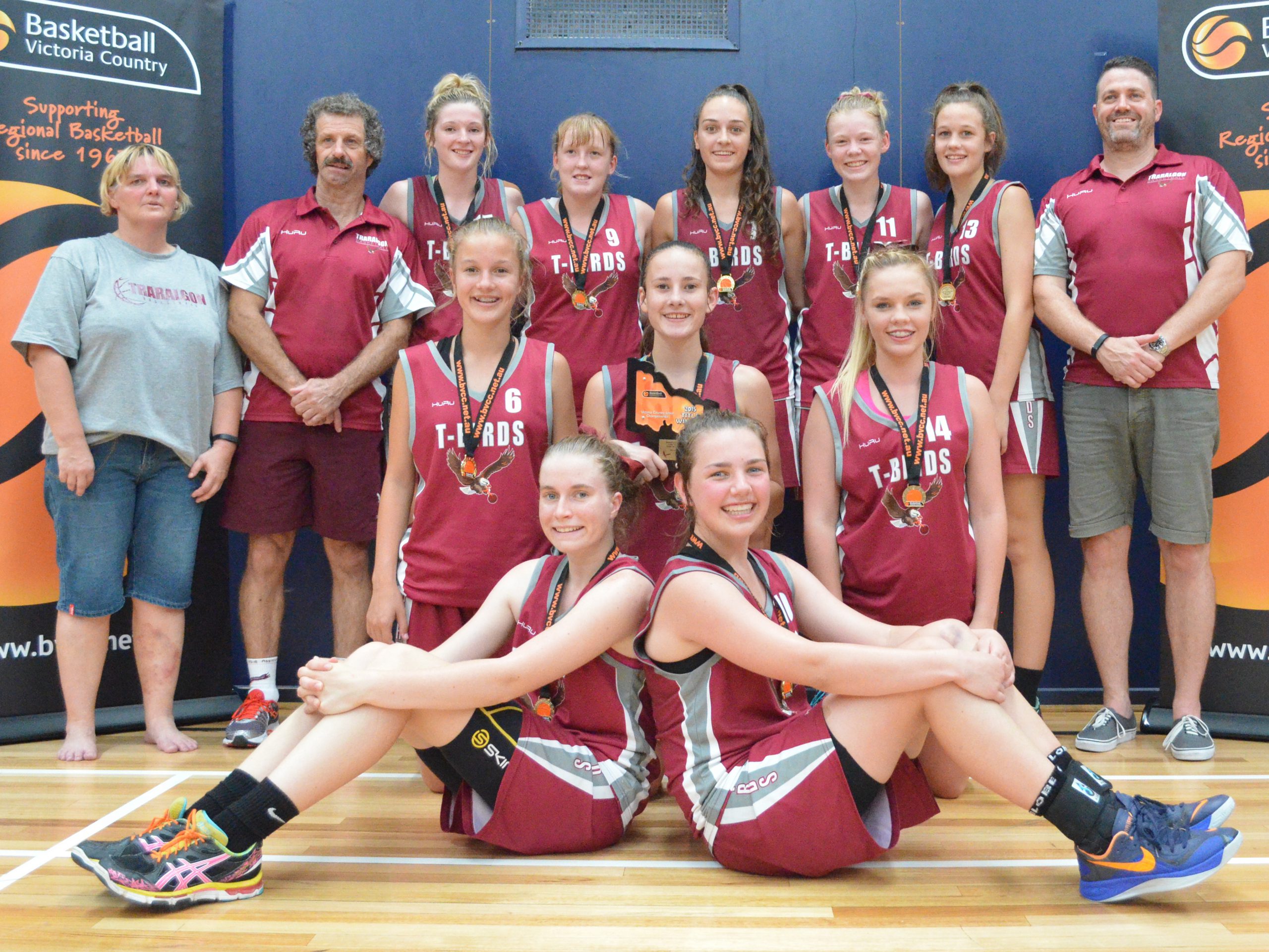 TRARALGON Basketball celebrated success at the recent Basketball Victoria Country Junior Championships staged in its hometown, when the T-Birds’ under 16 girls’ team and under 18 boys’ team captured division one and two state titles respectively.

The under 16 girls’ effort emulated the performance of the under 18 boys’ team of 12 months ago when they captured the BVC Junior Championships division one title.

It was the second such title in five years for Traralgon’s under 16 girls.

Wayne Royal had his team up and running from the outset and despite escaping the jaws-of-defeat against Bendigo with a one-point win, after trailing 32-37 with just over two minutes remaining, the girls were able to take care of business and remain undefeated through their pool matches.

After eclipsing Mildura, Bendigo and Hamilton, Traralgon encountered other local teams in Maffra and Moe in the quarter and semi-finals before outlasting a determined Ballarat outfit in the final with a 52-40 victory.

Adam Hood and his under 18 boys overcame the loss of Matthew Williams in the early minutes of their opening clash with Mildura to eventually capture the division two title.

Traralgon fell out of contention for the division one title after Mildura and Ballarat defeated the boys in the pool matches.

The T-Birds enjoyed a 40-23 victory against Wodonga but were relegated to the second tier competition.

They made it through to the championship match with a comprehensive 45-22 win over Macedon and set a date with Moe for the title.

Traralgon struggled to find any momentum early and trailed Moe by 11 points halfway through the second period.

However, a stunning recovery during the final quarter enabled Traralgon to come roaring back and grasp a 36-35 triumph after Jarrod Kin-Church snapped a 35-35 deadlock.

More than 700 elite players, coaches, support staff and spectators were involved in the event.