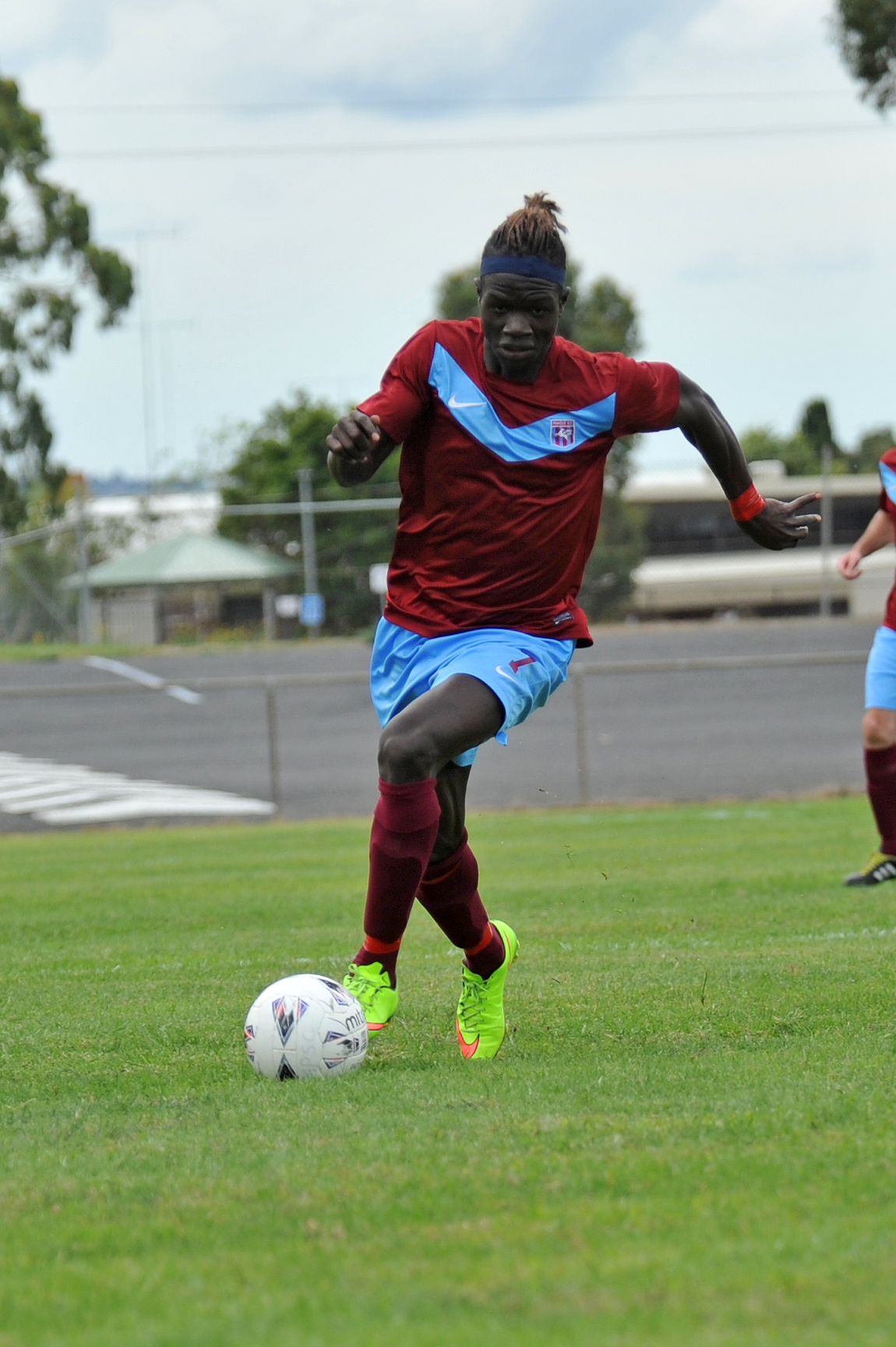 THE hype of a fifth round FFA Cup tie last night followed by a much anticipated Gippsland derby against Warragul this Saturday has Morwell Pegasus primed for its biggest week of the State League division one south-east season.

Pegasus last night tackled State League rival Frankston Pines FC for a berth in the sixth round of the FFA Cup, with the victor closing in on the round of 32 and potential NPL or A-League opponents.

At full-time scores were deadlocked 1-1, before Pegasus went down 3-1 in extra-time, ending their run.

However, Morwell coach Luke Cheney was more focused on the big picture, keeping his squad fresh for its pivotal showdown against the newly promoted Warragul.

“Wednesday night is just as important… but we haven’t dropped a game so far (in the league), so Saturday is probably more important to be honest,” Cheney said.

However, with a growing squad at his disposal Cheney is keen to give the Australian equivalent of the FA Cup a red hot crack.

“We’ve put a lot of effort in already to get to this stage of the cup, by travelling across the state to still be in it. I’m more than sure the boys 100 per cent want to win… we’re positive we can get a win,” he said.

Cheney said he would reassess following the Frankston Pines’ encounter to give the Horsemen the best chance at toppling their new cross town rival on Saturday.

Both Pegasus and Warragul enter the derby on the back of league victories.

Warragul accounted for Manningham United Blues 3-2 at the weekend while Pegasus knocked off Malvern City FC convincingly, 4-1 away.

John Kuol put Pegasus ahead from the penalty spot, before Matt Lucknow and Malesh Hova made it 3-0 before the break.

The handy buffer allowed Cheney to rotate his troops to keep men fresh for this week’s gauntlet, with a second half strike to Nass Mohammad securing a 4-1 win.

Despite plenty of talk leading into the Warragul clash, Cheney was not buying into any speculation.

“You can talk about bragging rights and all that type of stuff but to me it’s three more valuable points to pick up. I set a target of how many points we need to be safe halfway through the season so we’re not in a relegation battle,” he said.

“The bragging rights come with the small talk… I’ve got a job to do, get the three points and stay in state one.”

However, he said it was exciting for a game to attract so much attention in the region.

“I’m happy for it, I’m looking forward to the whole derby and everyone talking about it, which is good and positive and great for the Valley,” he said.

“I’m not nervous, but it’s great to have that buzz about a game in the Valley.

“Hopefully people come and watch it and see the quality of state one level and the local players that are playing in it, and they might get down and watch a few more of our games.”

Pegasus will travel to Baxter Park to face Warragul from 3pm on Saturday.