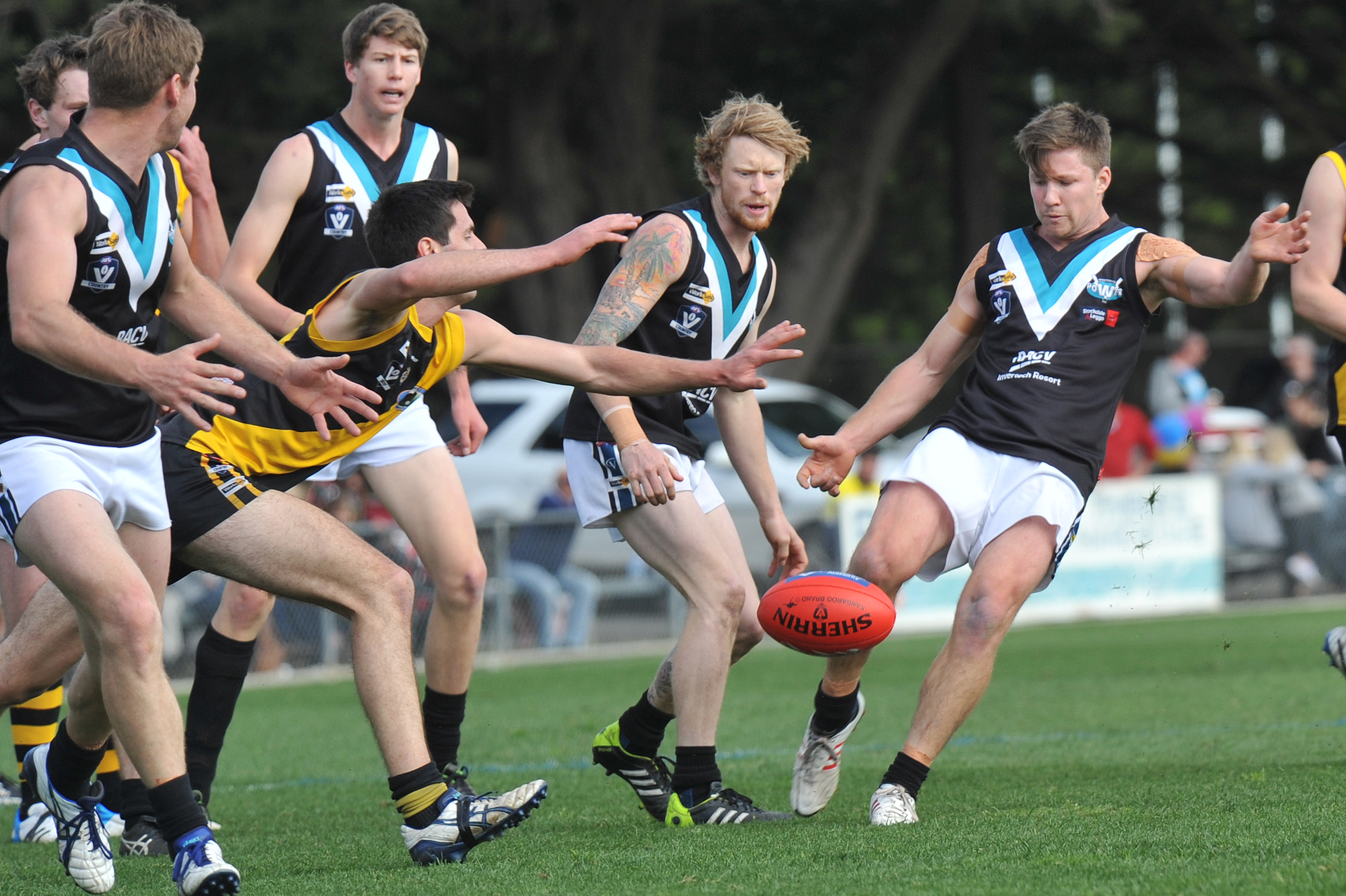 A Saturday night blockbuster between the Gippsland League’s top two will highlight the second round of competition, while a TAC Cup development round will give clubs access to their Gippsland Power players.

Leongatha and Wonthaggi are fresh from big opening round wins and a huge crowd is expected to pack the Parrots’ home ground for the clash which will be a big test for both teams.

“It will certainly give us an indication of where we are at,” Parrots coach Beau Vernon said.

The Parrots sit top of the ladder after a convincing 123-point opening round win over Traralgon, which put last year’s runner up on notice.

The Power coach conceded his team, which knocked off premier Morwell in round one, will be among the hunted in 2015.

“That’s part of our mindset. We have got to acknowledge that and make sure we are ready,” Railton said.

MORWELL’S new coach Dean Warren is confident his side will bounce back from its opening round loss to Wonthaggi when it travels to Sale to take on the Magpies.

“It’s not doom and gloom, it’s not panic stations… I think our guys were a bit flustered and I’d expect we will bounce back,” Warren said.

Warren gave his side a “blunt” and “straight to the point” review of its performance against Wonthaggi at training on Tuesday night.

“They deserved to win, in fact we are lucky it was a 12 goal loss not a 20 goal loss… the really surprising thing was all the short kicks to contests… that’s really not the way we play footy, not the way we have trained for four months,” Warren said.

The Tigers had 61 turnovers and 10 players with less than 11 possessions.

“That’s ridiculous… I’ve had a look at the tape and our key performance indicators were really lacking. We just didn’t have enough efforts across the board,” Warren said. There could be up to eight changes to the Tigers line up.

Tim Ryan (VFL), Lachy Little and Zach Anderson are among those tipped to return to a side Warren expects will be much better against Sale.

“The boys are disappointed in their effort and I’d expect they will bounce back,” he said.

The Magpies too are coming off a loss to its arch rival Maffra.

However, having won its past 28 straight, Sale has a remarkable winning record at home.

The Magpies have not been beaten on their own turf since round 15, 2011. Warren hopes his side can be the one to change that.

“Absolutely. We would love to stop that. If the boys come with the intent and effort they showed in the second half last week, I don’t see why we can’t turn that around,” Warren said.

Returning home from a disappointing opening round loss to Leongatha, Traralgon will host Moe.

“We are a bit battered and bruised. Obviously they (Leongatha) were very good, but not good enough to win by that margin,” Maroons coach Mark Collision said.

Traralgon will welcome back two stars in Josh Jennings and Jordan Symons.

“We will have to come to play, last week showed us we can’t take anything for granted,” Collision said.

The Maroons have won their past six straight over the Lions, who have beaten Traralgon just once since round four, 2009.

However Moe proved last week it will be better than last year.

Joining the Lions from Glengarry, Mark Engley has given the side a strong option up forward. Coach Adrian Burgiel was also influential on the field in the Lions’ opening round win over Warragul.

“Going off their result and our result… if we play well as a team, put in a four quarter effort, keep our skills right and our pressure up we will be a big chance,” he said.

BAIRNSDALE will be looking to recover from its opening round loss to Drouin when it runs out at home for the first time in 2015.

Bairnsdale is expected to welcome back Paul Bills and Andrew Nelson to its lineup for Sunday’s clash with Maffra.

“It’s been a long pre-season. Our practice games were played away from home so the playing group is excited about playing against a quality team in Maffra,” Mooney said.

FRESH from an opening round win over Bairnsdale, Drouin will be looking to make it two in a row when it travels a few minutes east to take on neighbour Warragul, under lights.

The Gulls have won their past five against Drouin, albeit by some small margins.