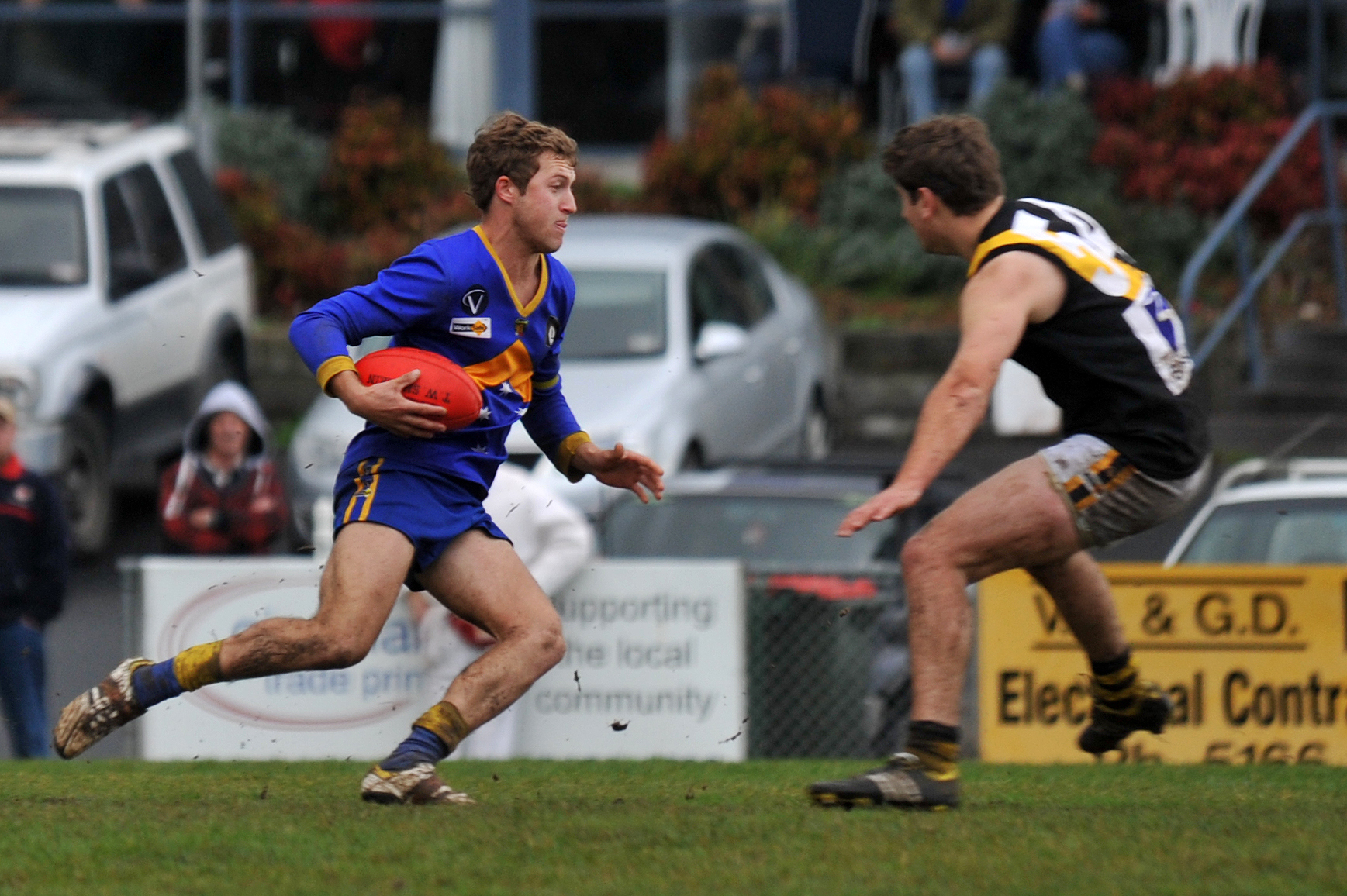 THE North Gippsland football front runners have created a handy break on the field, but the log jam below on the ladder shows how wide open the competition is.

The competition’s biggest improvers, Yarram and Traralgon Tyers United, have shown they can mix it with the best, however the credentials of both will be tested this fortnight when they meet the benchmark sides of 2014, Churchill and Heyfield.

This week the fourth-placed Demons will make one of the toughest road trips on the fixture when they meet an undefeated Heyfield.

While tested in past weeks, Saturday’s showdown will gauge just how far Yarram has come.

Held scoreless in heavy conditions in the opening term last Sunday against Cowwarr, Heyfield was troubled before dominating after half-time.

The Kangaroos cannot afford to give the Demons a head start given their solid book ends at either end of the ground and a midfield brigade up for the challenge.

Expect an enthralling battle with the home ground advantage to serve Heyfield well.

WOODSIDE scored heavily last week to post its first victory and will need to replicate that exact form against Churchill to seal a second win.

The Cougars will be hungry for the points this week to remain in touch with the top five.

The Wildcats have performed well against Churchill in the past four seasons, but the question remains as to whether they have the right combination to match the depth of Churchill.

Expect the Wildcats to provide spirited opposition, with Churchill to register the points.

TTU suffered its first defeat of the season after a low scoring opening half under lights in wet conditions at Rosedale.

While matching the Blues in an entertaining contest after half-time, the Bombers were unable to claw back the deficit.

The Bombers’ coaching panel will refocus the young TTU line-up ahead of the clash against Glengarry.

Yet to register a win, the Magpies suffered a 78-point loss in round three and will be eager to cause a shakeup against quality opposition.

The 2013 premier will be wary of his week’s opponent; the Bombers have proven a thorn in Glengarry’s side in recent times.

TTU’s speedy midfield has consistently provided headaches for the Magpies and will again be key to the outcome.

The Bombers should prove their credentials and will bounce back to claim victory.

GORMANDALE was taught a football lesson last Sunday and will be eager to return to the winners’ list against Rosedale.

The Tigers will return to the familiarity of home turf after taking to the road over the past fortnight.

Home ground advantage alone will not be enough to quell the Blues, who have taken all before them in past weeks including the scalp of the high flying Bombers.

An opening win against last year’s semi-finalists would ignite the Tigers’ season, however a monumental effort will be required.

SALE City has burst out of the blocks in its opening three clashes, sending a clear warning to the remainder of the competition the Dogs are a serious contender for the flag.

Claiming the big scalps of Rosedale and Churchill along the way, the Dogs will host a Saints outfit which has shown it can mix it with the front runners though not for a full four quarters to date.

Despite a win loss ledger of 1-2 it is far from panic stations for Cowwarr, which has drawn last year’s top three finishers in the opening month.

The Saints find themselves in a similar situation to the same time in 2014 and will be confident they can turn their fortunes around.

Spectators will be treated to a tight contest, with the home ground advantage likely to see the Dogs over the line.