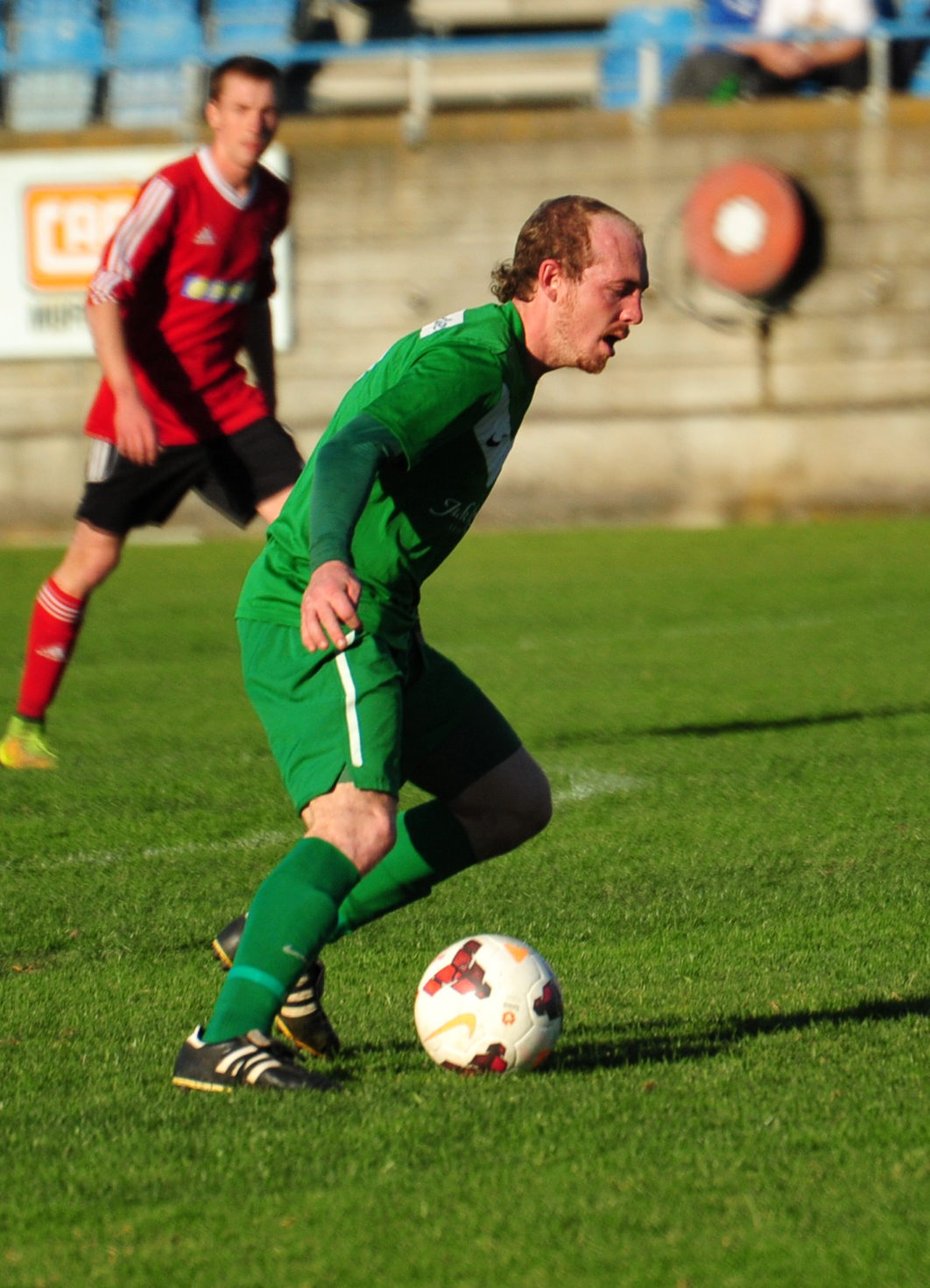 An injury time goal from departing Irishman Adam Buchanan gave Sale a valuable three points in the game of the round against fellow undefeated outfit Moe United.

Before the fans had finished coming through the Olympic Park gates Moe had taken a two goal lead as Samuel Gatpan unleashed a quickfire double in the opening five minutes to stun the Swans.

From that point onward it was a tense battle of end-to-end soccer with the visitor clawing a goal back through Tommy Nguyen midway through the half.

Moe’s veteran keeper Peter Albanese was forced into a diving save to turn away Graeme Young’s long range effort as Moe looked to preserve its lead to the break.

It was to no avail as some good work down the right flank between Nguyen and Nathi Khamchom saw a ball whipped into the box, with Ray Allred ghosting in at the far post to tuck the ball home.

The second half was a more cautious affair with Sale’s centre back pairing of David Simpson and Robbie Stephen shutting down Matt Shearing and Gatpan.

The game sparked into action in the final minutes with Khamchom blazing wide from close range before Adam Buchanan went on a mazy run through the Moe defence and fired home.

A flurry of late corners to the home side were defended well, with Simpson and Stephen again dominant as the Swans took an important three points home to Godfrey Baldwin Reserve and gained the sole lead in the league.

Keen to get back on the winners’ list after a 2-2 draw to rival Fortuna, Falcons asserted their authority from the first minute with a well taken Jesse Kennedy goal putting the Birds in front.

Sam Amaira, back in the senior squad this week, made his presence felt with two clinical goals and a fourth from coach Nick D’Alessandro saw the away side take a 4-0 lead to the break.

Tyers grabbed a consolation goal after half-time but it would not deter Falcons in their quest for victory; a further five goals were scored by the Morwell side which came home with all three points and a healthy goal difference.

A HEYDAN Cook hat-trick handed Olympians the points in a high scoring 5-3 win over Trafalgar Victory.

Goals to Declan Wilson and Chris Panayiotou helped the Traralgon side over the line.

NEWBOROUGH Yallourn-United continued on its winning way with a 3-0 triumph against Traralgon City at Harold Preston Reserve.

The Fairbrothers, Mark and Dylan, both scored for the Combine, while new recruit Brandon Scott also found the back of the net.

The win kept NYU in the mix in sixth place on the competition ladder.

MORWELL Pegasus rebounded from its 4-1 drubbing at the hands of Tyers to take a share of the points away to reigning league champion Churchill.

A 0-0 draw gave Pegasus its first point of the 2015 season, but it could well have taken all three with a host of golden chances squandered.

Pegasus gave nothing away in the first 45 minutes with pressure applied across the park, while the Rams looked dangerous from set plays.

Taylor Jackson showed glimpses of his quality up front but was well contained by Pegasus for the most part.

There was late drama as the ball went from 18 to 18 with match-winning opportunities wasted at either end.

The Rams sent centre back Paul Riess up front late to join Jackson and Ray Myers but the three pronged approach was unable to break the deadlock.

FORTUNA continued its good form after holding the high-flying Falcons to a draw with a 3-0 win over East Gippsland United.